(410) 648-4008 Stephen P. Shepard (who prefers to simply be called “Steve”) is best described as a criminal defense attorney who simultaneously helps ease the stress and discomfort of people who are accused of crimes while serving as an aggressive and passionate champion against injustice. But at the end of the day, Steve sees himself as simply a person who is trying to make the world a better place by using a mix of his experience, skills, and knowledge.

Long before founding his own criminal defense law firm in Baltimore County, Steve attended Cabrini University. There, he studied criminology and philosophy, and earned his Bachelor of Arts with honors (summa cum laude). While attending Cabrini University, Steve served as the President of the Alpha Phi Sigma National Criminal Justice Honor Society (Kappa Sigma Chapter) and the President of the Phi Sigma Tau International Honor Society for Philosophy (Beta Chapter). Steve’s first real-world exposure to the criminal justice system was through his active participation in the Inside-Out Prison Exchange Program, where students and inmates exchanged ideas on justice and collaborated on ways to promote the rehabilitation and reintegration of inmates once they were released back into society. Steve’s second real-world exposure to the criminal justice system was as an intern in the Major Crimes Unit of the District Attorney’s Office for Montgomery County, Pennsylvania. As part of his internship, Steve co-authored a grant proposal for a comprehensive motor vehicle theft prevention, investigation, and prosecution program. Lastly, Steve was selected to serve as a judge for the Annual Science Olympiad Forensic Science Competition that challenged elementary school students to demonstrate their skills at analyzing a crime scene. Steve was extremely honored to have been chosen by the Science Department Chair for the position after excelling in his college-level forensic science class.

Cabrini University has a motto: Do something extraordinary. And that was precisely what Steve intended to do by pursuing his law degree at the Appalachian School of Law. In law school, Steve concentrated his areas of study on advanced criminal law and procedure, criminal practice, appellate advocacy, and client interviewing and counseling. His article, “Negligent Hiring Liability: A Look at How it Affects the Rehabilitation and Reintegration of Ex-Offenders,” was selected for national publication in the Spring 2011 edition of the Appalachian Journal of Law. Steve was later selected to serve as the Articles Editor on the Executive Editorial Board for the Appalachian Journal of Law in his third year of law school. But during law school summers, Steve interned with the Maryland Office of the Public Defender as a law clerk and found his true calling: Helping people in need who were dealing with difficult legal challenges. After earning his Juris Doctor with honors (magna cum laude), Steve set out to fulfill that calling.

Steve began his endeavor at helping others where he first learned of his calling: The Maryland Office of the Public Defender. Steve began his career as a Volunteer Assistant Public Defender in Howard County, MD in the District Court Division. There, he primarily represented people accused of misdemeanor offenses, serious traffic offenses, DUI/DWI offenses, and violations of probation. Later, Steve transferred to the District Court Division of the Baltimore County, MD Office of the Public Defender. But Steve soon became dissatisfied with the overall acceptance of the “status quo” of the agency and decided to leave and start his own law firm premised on the simple idea of making premier representation both available and affordable to everyone.

In September of 2013, The Law Office of Stephen P. Shepard, LLC was founded based on that idea and a commitment to never become comfortable with the so-called “status quo.” Since going into private practice, Steve has received numerous awards for his legal and trial advocacy skills, been involved in various organizations to further his education and contribute to the positive development of criminal law and DUI/DWI law, and maintained his commitment to providing his clients with the best representation possible in a way that is affordable to everyone. He has handled a variety of cases during his career. No challenge is too big nor too small for Steve – if someone needs legal help, he will answer the call. 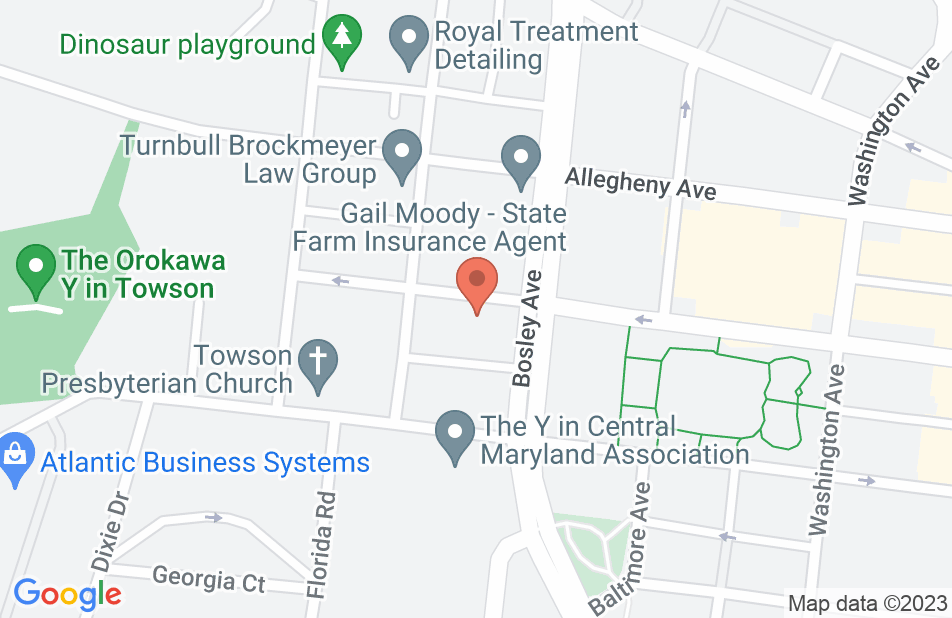 Stephen Shepard was the light at the end of the tunnel in the darkest moments of my life. After submitting my reason for a consultation, his office got back to me within an hour and I was able to explain my situation to Stephen and quickly get an appointment. After meeting with Stephen and talking about my situation I quickly realized why his reviews were so positive. I walked into his office a nervous wreck and left feeling relieved and a lot more confident in my situation. He never mentioned a price until my problem had been fixed and rather than telling me a price he asked me what price would be able to work with my budget. He is a man of the people and works day and night trying to help people and expose corruption. He understands how police operate and will stop at nothing to ensure that his clients are treated fairly by the law, I would recommend him to anyone and have full confidence that they will have a great experience with him too.
This review is from a person who hired this attorney.
Hired attorney

I just really want to thank the law office of Stephen P Shepard mr. Stephen P Shepard really helped me with what was going on in my life I had some serious charges pending against me very serious charges and doing that course my father passed away and this man right here is like an angel from God very understandable very dependable A-Reliable when he say he for the people he's definitely for the people he will go against his own colleagues just to make sure Justice is really served properly and efficiently doing everything that was going on he was really there for me and my family even came to my house to something 3 in the morning to make sure I was okay when I was going through what I was going through during my hardship I really recommend Stephen P Shepard as a lawyer and not just as a lawyer as a real friend and I appreciate everything he's ever done for me if I could give him a hundred Stars I really would and just put it this way people my charges was very serious and the system really played me because I am a African American male a very easy target sad to say but he went to the Knicks and crannies of everything to get Justice and for me to get out my situation thank you man
This review is from a person who hired this attorney.
Hired attorney
See all reviews

Kevin Deltrove, Divorce and separation Attorney on Sep 4, 2014
Relationship: Worked together on matter

The level of service that Stephen Shepard provides to his clients is truly remarkable. His thorough preparation of cases, excellent organization, and attention to detail all contribute to a great practice, the cornerstone of which is client service. His willingness to take extra steps for clients demonstrates his pursuit of perfection in representation. I highly recommend Mr. Shepard as an attorney.

Stephen is an attorney dedicated to his profession. I recommend him for any criminal or related matters. He cares deeply about his clients, and is generous with his time both to them and to other attorneys. Stephen is a model to his peers for civility and client devotion. He will leave no stone unturned.

Mr. Shepard is an exceptional attorney who zealously represents his client. I would highly recommend his services.

I endorse this lawyer. Mr. Shepard is a hardworking, knowledgable, and personable attorney. I would recommend his services to anyone!

I highly endorse Mr. Shepard. Truly exceptional and caring attorney who produces great results in representing clients! I want all people with legal problems to contact him first.

Stephen is a well-respected attorney in Towson who I endorse without hesitation. He is very knowledgeable in the law and consistently advocates strongly for his client's position. They are lucky to have him!

Stephen is an attorney dedicated to his profession. I recommend him for any criminal or related matters. He cares deeply about his clients, and is generous with his time both to them and to other attorneys. Stephen is a model to his peers for civility and client devotion. He will leave no stone unturned.

Stephen is a responsive, professional, and detail-oriented attorney who deeply cares about his clients. I highly recommend this lawyer.

I endorse this lawyer. He is quite knowledgeable and provides excellent advice. Mr. Shepard seems to really care about his clients.

I endorse Mr. Shepard with no reservation. An extremely talented and well respected attorney in the legal community. Very hardworking and diligent. Consistently achieves superior results. Advice is always practical and on point. I recommend to anyone looking for an attorney who knows the law and truly cares about protecting the rights of clients and achieving the most favorable result possible.I endorse this lawyer.

Simon Kabzan, Divorce and separation Attorney on Sep 17, 2014
Relationship: Other

I endorse Stephen. Highly respected in the legal community with a strong reputation for client advocacy and dedication.

Kevin Deltrove, Divorce and separation Attorney on Sep 4, 2014
Relationship: Worked together on matter

The level of service that Stephen Shepard provides to his clients is truly remarkable. His thorough preparation of cases, excellent organization, and attention to detail all contribute to a great practice, the cornerstone of which is client service. His willingness to take extra steps for clients demonstrates his pursuit of perfection in representation. I highly recommend Mr. Shepard as an attorney.