If you have been discriminated, harassed, terminated or owed wages, call for a free consultation!

I enjoy working on employment law cases and helping employees who have suffered discrimination and retaliation. Employment law protections are part of the Civil Rights Act. And to that end, I see my work as a continuation of the work laid down by other civil rights wokers and attorneys. 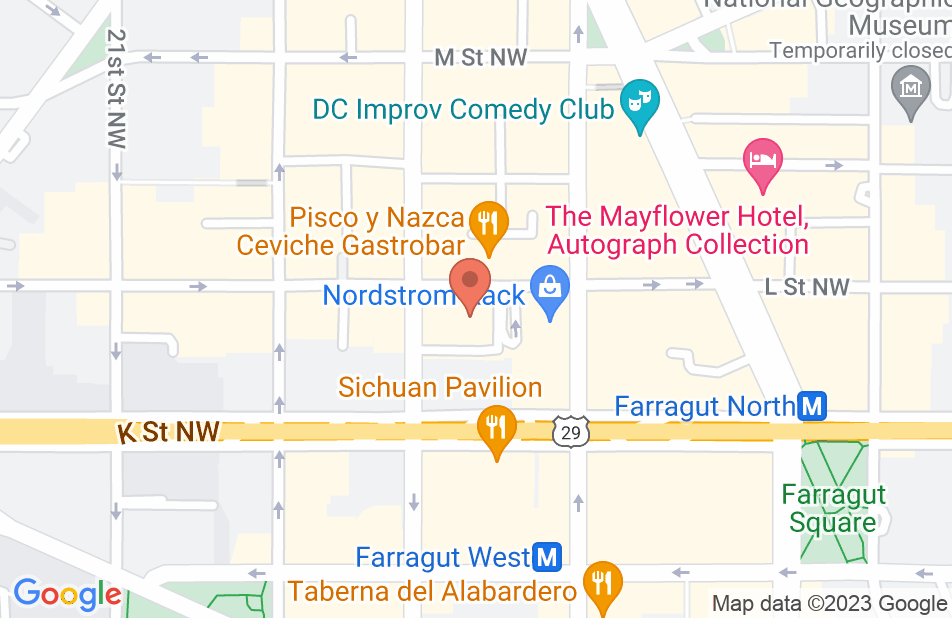 Inspirational; a true underdog that shouldn't be underestimated.

I've known many lawyers over the years and AJ is unlike any of them, thankfully. I have unfortunately found most attorneys (in and out of the DC area) follow the business model of telling you what they believe you want to hear until your check is deposited into their account. Soon after, they are gone along with all their initial promises regarding your case. It's a real downer when that happens. I was happy to find AJ soonafter he began his practice. Some people told me I was making a mistake and should go with a huge law firm that had been around for ages. I disagreed and I'm glad I did. My thought process was that you really have to know what you're doing to open your own practice, and it has to be your passion; you have to really want it to succeed. A huge law firm could mean there's a chance your lawyer is going through the motions just to collect a paycheck. I remember I gave AJ so much documentation in the beginning. I felt what was happening to me was wrong, but needed a professional analysis. The previous attorney I was working with hadn't even looked through what I gave her, yet she had all the documents for at least 6 months. That woman had been in practice for at least 20 years too! AJ looked through all my documentation in a matter of days. I'll never forget when he leaned back in his chair, smiled, and said, "I'll take it. This looks like fun!" He was well aware he would be coming up against the big boys, but it didn't seem to phaze him. When you come up against a big business, you need an attorney that's confident, especially when you're scared to death. He's got that covered. Like his website states, "You'll Never Walk Alone." From my experience, that's a promise. Numerous times I was left in a panic, calling him at a moment's notice while my employer was intimidating me at my job. AJ was always reachable, advising me what to do in every circumstance. He talked me down from the ledge numerous times. The previous attorney I worked with, who claimed to be a Yale grad, regularly disappeared for weeks not returning messages. I felt like I was dropped in a war zone with no means of protection when I was working with her. Not once did I feel abandoned by AJ. He never gave up on me or my case. Thanks to his hard work and countless hours, he managed to get my case settled for a decent amount. I had almost given up on believing people could get anywhere in this world unless they were crooked. He showed me honesty and perserverence does account for something and it's still worth the fight. All in all, there are very few people I can count on in this world; he's one of them.

It has been a true blessing to have AJ represent me in my wrongful termination case recently. He worked all hours researching and documenting my case and provided valuable advice, confidence, and support to my family and I. AJ is not only a true and true professional, but he's also a humble person who truly cares for you as a person. His priority is to help you and ultimately to win the case. And he did! AJ had full confidence and trust in me and in my case that he told me, "I will get your job back!" And he surely did. I am truly grateful, Thank you! AJ is highly knowledgeable and he is very good at what he does. I highly recommend AJ as your attorney. Give him a shot. You won't be disappointed. Cheers!

AJ was nothing short of amazing. Professional, punctual, understanding, diligent and definitely a force to be reckon with in the court room. I will forever and always be thankful for his counsel especially considering I was states away from his firm. I would highly recommend him to anyone 10x's over. I couldn't have picked a better attorney for my case....I truly can't thank him enough!
This review is from a person who hired this attorney.
Hired attorney

After a search of several lawyers, AJ agreed to take my case. He was vigilant and knows discrimination laws very well. His motions were carefully crafted and kept the case focused while the opposing side tried to deflect attention; motion after motion. When it comes to employment law, AJ is the ace attorney that can take on anyone in the court room.
This review is from a person who hired this attorney.
Hired attorney

AJ is a blessing in disguise. I hired him right away. It's like the lord sent an angel overnight. I'm a humbled individual and at the time I was dealing with some mean spirited folks. He made me feel comfortable even when times were tough. His integrity, wits, and unbiased soul for his craft as an employment attorney is nothing more than astounding. He puts in the work and make sure you have the best representation anyone can ask for. Aj informed me about everything that was going on and informed me about some situations to be mindful of. However, his dedication (even while out of town w/family) was heartwarming and guided me every step of the way. Would I recommend Mr. Dhali? Yes, as long as I'm abled. The truth is, even if I didn't win, I would give him the same review and recommend him to anyone who is need of help from a trusted/knowledgeable attorney. If I had to do an essay on Employment Lawyers, I would choose AJ Dhali without hesitation. He is that attorney. He is awesome!
This review is from a person who hired this attorney.
Hired attorney

Aj Dhali is the "Phantom behind the Shadows!"

Recently at my previous and current job I had been discriminated, harassed, retaliated against etc. Over a period of time I did plenty of research online regarding my situation at work and on several firms "Attorneys" that would more than likely take my case. I called 3 big "EXPENSIVE" firms prior to calling Aj and explained my situation at work and they pretty much gave me the "round around" and made me feel like all they wanted was my hard earned money. One day here on Avvo.com I came across Aj's profile and I started to read his client's comments "reviews" and I came across one review that stood out to me "they called him the Underdog" -_-. Well let me tell you for a Underdog he defintely has a Big bite and is keeping up with the Big dogs quite easliy. I consulted with him at his office and I immediately could tell he knew his pratice areas, and he was honest with me regarding my case. From the time that I hired Aj Dhali to represent me in my case to now, he has been amazing. He is very knowledgeable and Sharp, his is commited to actually help you get to a solution plus on the upside he actually picks up the phone and returns your call when you try to reach him "OMG lol" Its a good and comforting feeling knowing that you wont walk alone. With Aj Dhali's knowledge and ability I personally recommend you give him a call and consult with him, its been the best call I have made. Kudos to you Aj Dhali, you are truely the Phantom behind the Shadows :-)
This review is from a person who hired this attorney.
Hired attorney

very professional and very smart, friendly and asks the right questions. He was on top of our case and kept us updated, we are very pleased with the outcome and very grateful to have hired his services. Thank you very much AJ.
This review is from a person who hired this attorney.
Hired attorney

The lawyer I needed

From our initial telephone consultation, it was clear to me that Mr Dhali was the lawyer I should have had a year ago. Empathy, understanding and a sense of what could be done to help - all were immediately conveyed and for the first time in this very complicated case against big business and a pitbull of opposing counsel, I did not feel totally alone and swimming against the tide. Highly recommended from our consultation alone. Thanks AJ.
This review is from a potential client who consulted with this attorney.
Consulted attorney

I give AJ my highest recommendation to anyone looking to resolve an employment case against a former employer. From the very first consultation, AJ asked difficult questions before accepting my case. Then, at each step of the process, he took time to explain what to expect and what my options were. Even though, the case took two years –but far less time than if we had gone to trial-, his legal skills and strategy against one of the biggest and most prestigious law firms in the land put me in the best possible position and my former employer offered to settle out of court. My family and I are grateful for this outcome and we will never be able to thank AJ enough for his excellent work. A final important point: AJ is one of the most ethical persons I have ever met. I highly recommend that you consult him and have him on your side.
This review is from a person who hired this attorney.
Hired attorney

The Best Employment Attorney In Town

After a thorough and fruitful consultation, AJ was hired by me to handle my case. Completely straight forward with you, doesn't hold anything back. Highly knowledgeable attorney and keeps you in the loop throughout the process. Needless to say I was happy and satisfied with the results; and walked away with plenty of knowledge regarding the process. Strongly recommend, and already have actually, AJ for any and all of your employment law concerns. YOU WON'T BE DISAPPOINTED!!!!!
This review is from a person who hired this attorney.
Hired attorney
See all reviews

AJ Dhali is an excellent lawyer. He is very knowledgeable in the area of employment law. He is a tenacious advocate and will go the extra mile for all of his clients. I highly recommend AJ to anyone seeking help with an employment law matter.

I fully endorse Mr. Dhali as an attorney, particularly in the field of labor and employment.

A.J. is a passionate advocate for employees in discrimination matters. I highly recommend his firm's services. We serve as Membership Chairs for the Metropolitan Washington Employment Lawyer's Association.

Edgar Ndjatou, Employment and labor Attorney on Feb 7, 2014
Relationship: Worked together on matter

Passionate civil rights advocate. Ethical and hard working, he will fight for you to the end to achieve a favorable result.