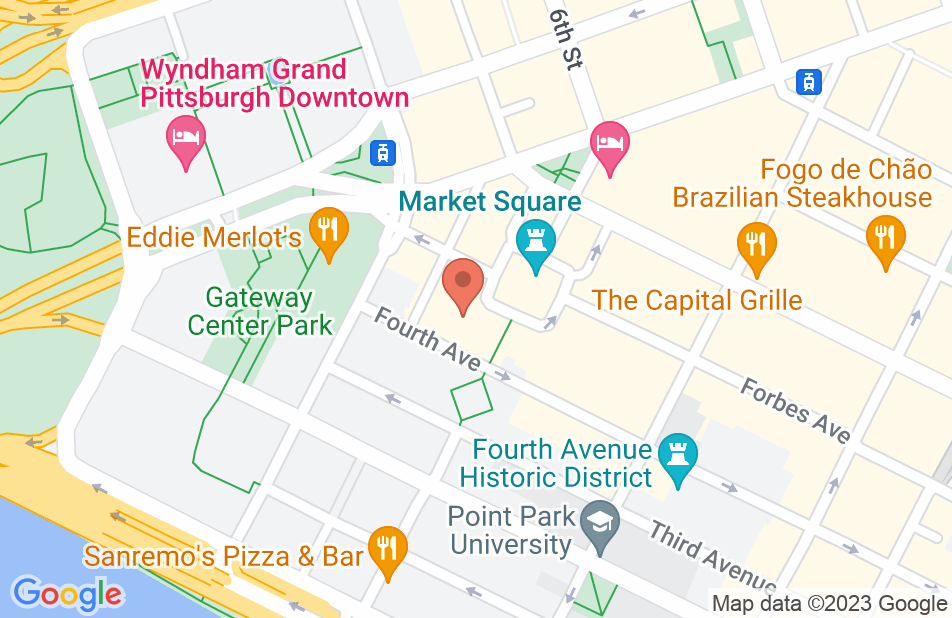 Sam and his staff, Lea Anne and Emily, were excellent! Ours was a case of wrongful termination due to the Americans with Disabilities Act. The case took 3 years to settle and Sam worked tirelessly to help us navigate through the complicated system and produce a positive outcome. His insight and experience throughout the trial process allowed us to receive a large settlement. His closing showed his passion for helping those who have been wronged and seeing justice done. I highly recommend Sam and his associates to anyone with a wrongful termination or disabilities case.
This review is from a person who hired this attorney.
Hired attorney

Sam Cordes did excellent work on my employment case. Specifically taking the time to prepare both himself and his client, and then taking more time to make sure everything was in line. His preparation and presentation made all the difference. Highly recommended.
This review is from a person who hired this attorney.
Hired attorney

I met Sam in 1993 on a hot summer afternoon. I was giving up. In the past few months I had visited almost 20 lawyers in Pittsburgh, trying to find someone, anyone, to take my case. The few attorneys who'd shown ANY interest wanted 2 or 3 grand up front. Money I didn't have. After all, the reason I was seeking help is because I felt I had been unfairly let go from my job. I was passionate about what I believed was real injustice. Nonetheless, I had promised myself that Sam's office would be my last stop. I was worn out from trying...and sick of repeating a story that broke my heart. Anyway, on this fateful day, an attorney a few blocks away had turned me down but suggested I try Sam at his office on Ft Pitt Boulevard; and said Sam was a great lawyer who would sometimes step in, and take a tough cases other lawyers would not touch. Imagine my surprise, when after only about a 20 minute conversation at his office, Sam said, "I like your case. I'll take your case, and at no charge." Fast forward a couple of years, to a federal courtroom in Pittsburgh, and it was on! I watched Sam Cordes state my case, with a brilliance dramatic flare I'd thought before happens in the movies. Richard Gere. Matthew McConaughey. You know the names. I'll tell you what. It became clear to me that Directors and Screen Writers watch the few courtroom masters like Sam when they want to recreate the best of what a quality trial attorney does. And in my case, it was Sam's "best"...that touched the minds and hearts of that Jury, who not only decided on my behalf, but called for a monetary award of a size that made national news. I won't say much more here, but I am sure that Sam will know exactly the case I'm talking about, and be happy to share more if you're fortunate enough to visit him for legal consultation. And feel free to have him put you in touch with me, should you still have any doubts. Sam is honest, tough, caring, and takes cases he believes in from the heart. That's why he wins so much, even against huge powerful firms the other guys are afraid to face, or go the distance with. It's also why Sam and I became dear friends, as we are to this day. I just shake my head at the few pity-partiers among these reviews who have less kind things to say. But I know better. For 3 solid years...I was there.
This review is from a person who hired this attorney.
Hired attorney

I was very pleased with the professionalism of Mr. Cordes. He was always available to communicate with me and his quick responsiveness was impressive. I am confident in his ability to manage my case. I would recommend his firm to both family and friends.
This review is from a potential client who consulted with this attorney.
Consulted attorney

After much research, I chose Sam Cordes to represent me in my case, and I was thrilled that I did. Sam immediately put my concerns to rest and made me feel confident that I had made the right choice in pursuing legal action. Throughout the process he and his staff (Paralegal, Lea Anne and Legal Assistant, Melissa) were supportive and responsive. He constantly prepared me for the next steps in my case and didn’t back down to my employer’s responses. He alleviated my anxieties along the way because I saw how he confidently handled each situation that arose. His knowledge of employment law is exceptional. If anyone has an employment related legal issue, Sam’s the man!
This review is from a person who hired this attorney.
Hired attorney

I have nothing but good things to say about Sam Cordes. Not only is he extremely knowledgeable, he is also very responsive, supportive and truly on the side of his clients. He provided excellent, detailed advice and promptly and patiently answered all of my many questions and concerns. I highly recommend him.
This review is from a potential client who consulted with this attorney.
Consulted attorney

Having Sam Cordes and his firm handling my employment discrimination case gave me great confidence that I was "on the side of the angels." While plaintiffs may generally feel that way, being a victim of age discrimination cannot help but shake one's sense of self. With Sam, I knew that I was in good hands - as did the defendant in our suit! Sam is the consummate professional, and he gets great results!
This review is from a person who hired this attorney.
Hired attorney

This first conversation I had with Mr. Cordes was nearly twenty six years ago after a wrongful termination case. I am not from Pennsylvania, but rather Ohio. I had researched and he consistently came up with the best reviews AND he was also licensed to practice in Ohio. He offered extremely good advice and directed me to other attorneys should I decide to follow through. What I appreciated about Cordes then and in the following years when I've needed advice for me or for co-workers is that he is honest with his evaluation and is not hesitant to give the straight answers, even when it might be something I'd rather not hear. Not all cases are winnable, even with his expertise, especially if the client doesn't have a good case!
This review is from a potential client who consulted with this attorney.
Consulted attorney

I recently consulted Mr. Cordes in regards to an age discrimination case I was obviously involved with, and my first positive impression was that he carefully listened to each detail. He asked thoughtful, pointed questions and did not end the interview until he fully understood the situation. At no time did I feel like I was " on the clock". Sadly, he felt there was no case to be had, but he carefully explained each point of law that led him to that conclusion, so that I left with a full understanding of what might happen if I ignored his advice and pursued my case with a different attorney. His explanation saved me money, actually! Mr. Cordes' grasp of the intricacies of employment law and his ability to translate those finer points into "English" was truly impressive. I would highly recommend Mr. Cordes to anyone seeking help with an employment problem!
This review is from a potential client who consulted with this attorney.
Consulted attorney

Mr. Cordes is an excellent attorney. He provided tremendous advice and guidance in a very difficult work situation. Not only did he understand the complex legal issues surrounding my employment circumstances, but he was also able to explain to me my options quickly and in a manner that was very easy to understand.
This review is from a potential client who consulted with this attorney.
Consulted attorney
See all reviews

I endorse this lawyer. Sam is a very talented employment law attorney. He is an advocate for his clients and has the results to prove it.

I endorse this lawyer. Mr. Cordes in an excellent labor attorney. In one of the most difficult and ever changing areas of law, with new administrations, both state and local, and an economy in fluctuation, you must go to Mr. Cordes. He is top notch, respected by counsel on all sides of the bar, and well known by all the judges and courtroom staff as being calm, cool, collective and most importantly effective.