In the ideal world, we would not have borders. However, that is not the world we live in and this often causes hardship, crushed dreams and family separation. It is my mission to fight for those that wish to make America their home. 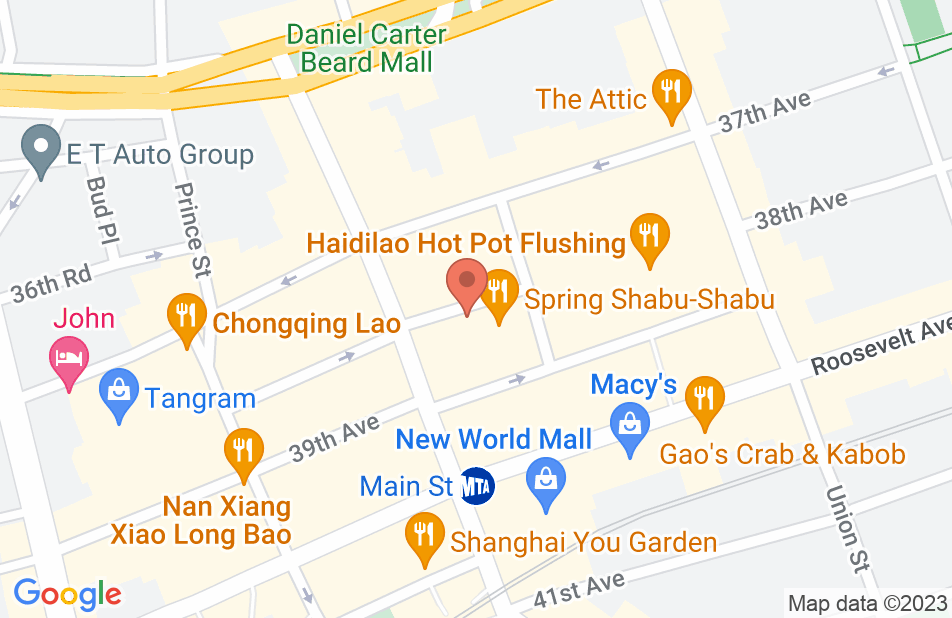 My L1 Visa was approved in 10 days. The services and petition was perfect! Apliquei meu visto L1 e a aprovação chegou em 10 dias. Os serviços e a petição foram impecáveis.
This review is from a person who hired this attorney.
Hired attorney

He is very good and responsible and kind. It has helped me a lot and I can recommend it to all people
This review is from a person who hired this attorney.
Hired attorney

Thanks for Felipe Alexandre to win my case

I really appreciated every effort Felipe and his team memebers put to help win my case. Their service is very good and always willing to answer questions in a timely manner. I am happy hire Felipe to represent case.
This review is from a person who hired this attorney.
Hired attorney

I have been working wiz Felipe for more than 4 years. He is such an excellent attorney wiz professional practice. He always treats client wiz 100% positive attitude and diligence. Felipe is professional in both immigration and criminal field. Felipe is so supportive and contributed to people who have real american dream, which I think is also what he has been dreaming of.
This review is from a potential client who consulted with this attorney.
Consulted attorney

Felipe and his staff were phenomenal! They helped me with all the paperwork and were always there to answer my questions, and help through every step of the way. Definitely recommend Felipe and Alexandre Law Firm!
This review is from a person who hired this attorney.
Hired attorney

Yes, we are very happy with the work of Felipe and his staff at the office. Both my wife and I have worked with a few lawyers during our rather long lives, and we both think that Felipe is the best. In this particular case, Felipe has been helping my wife with her Green Card. He is very knowledgeable, cross-culturally educated, professional, and very multilingual, but also very understanding, patient and helpful.

Couldn't be any happier with Felipe and the Alexandre Great staff in general, I am tankful with all the help they gave me and i would definitely recommend this lawyer and his staff..

I requested an interview with lawyer Felipe Alexandre at his firm Alexandre Law Firm P.C. located in Flushing, Queens, NY. When I requested the interview by telephone, I specifically requested that the interview be with lawyer Felipe Alexandre, not with another lawyer. The person who makes the appointments told me that the interview will take place with the lawyer Felipe Alexandre. I asked if lawyer Alexandre spoke Spanish? Yes, of course, the secretary replied. When I arrived at his office, they asked me to pay the fees before the interview. I paid the money, but I did not get an interview with the lawyer Felipe Alexandre, instead, a young lawyer came in and told me that the interview is with her. I do not question the ability of this lawyer, but I did not want an interview with a young lawyer who just started her career in this firm. I'm sorry but I lost my money and I was cheated by them. And telling the truth, I did not leave his office because I was in front of a lady. I allowed her to do her job, but I needed an expert. Who starts a relationship with a law firm with a lie? 我要求他的公司Alexandre Law Firm P.C.接受律师 Felipe Alexandre 的采访。位于纽约州皇后区法拉盛。 当我通过电话请求采访时，我特别要求采访律师费利佩亚历山大，而不是另一位律师。 约会的人告诉我，面试将与律师费利佩亚历山大进行。我问亚历山大律师是否讲西班牙语？是的，当然，秘书回答说。 当我到他的办公室时，他们让我在面试前支付费用。我付了钱，但我没有接受律师菲利普亚历山大的采访，而是一位年轻的律师进来告诉我面试是和她在一起的。我不怀疑这位律师的能力，但我不想接受一位刚开始在这家公司工作的年轻律师的采访。对不起，我丢了钱，被他们欺骗了。说实话，我没有离开他的办公室，因为我在一位女士面前。我允许她做她的工作，但我需要一位专家。 谁与谎言的律师事务所建立了关系？ Solicité una entrevista con el abogado Felipe Alexandre en su firma Alexandre Law Firm P.C. ubicado en Flushing, Queens, NY. Cuando solicité la entrevista por teléfono, solicité específicamente que la entrevista fuera con el abogado Felipe Alexandre, no con otro abogado. La persona que hace las citas me dijo que la entrevista tendrá lugar con el abogado Felipe Alexandre. Pregunté si el abogado Alexandre hablaba español? Sí, por supuesto, respondió la secretaria. Cuando llegué a su oficina, me pidieron que pagara las tarifas antes de la entrevista. Pagué el dinero, pero no obtuve una entrevista con el abogado Felipe Alexandre; en cambio, un joven abogado entró y me dijo que la entrevista es con ella. No cuestiono la capacidad de este abogado, pero no quería una entrevista con un joven abogado que acaba de comenzar su carrera en esta firma. Lo siento pero perdí mi dinero y fui engañado por ellos. Y diciendo la verdad, no salí de su oficina porque estaba frente a una dama. Le permití hacer su trabajo, pero necesitaba un experto. ¿Quién comienza una relación con una firma de abogados con una mentira?
This review is from a potential client who consulted with this attorney.
Consulted attorney
Felipe Alexandre's response: Hi Sir, As explained to you, this was a communication error on our part and absolutely no intent to deceive you. We are a busy law firm and you got to do a consultation with a licensed attorney experienced in the subject matter you were seeking assistance for. The misunderstanding was that the staff was supposed to have called me to see you but instead they let you leave without doing so. No one told me that you appeared angry or that you even asked to speak with me before leaving. Had you conveyed that, given how important that was to you, we would have certainly accommodated you. That was the extent of our mistake, which we have apologized profusely for. I called a meeting with you to apologize in person and refunded you the entire consultation fee. It was nice to hear how much you respected me as an attorney and that you were even thinking of referring future cases to me. I was flattered and satisfied that we had reconciled. Prior to our meeting, i had read your Google Review critical of your experience. I understood where you were coming from and did my best to make it right. I appreciate that, after our meeting, you changed it from a One Start to a Three Star. However, recently I looked at my Avvo and was shocked to see the same negative review here. You certainly went to great lengths to convey your frustration about a logistical mistake by not only posting it in three languages (crucial languages for my clients, which you learned after getting to know our firm) but also by posting it in several forums. I wonder in what other forum this review appears in. I am not saying we did nothing wrong, quite the opposite. We made a logistical mistake and that is our fault and there is no excuse. I deeply wish however that you had just told the staff before leaving as this would have immediately made things right. I just feel that such lengthy efforts to attack my firm for the mistake we made is very disproportionate to the offense. I think such an attack should be reserved for egregious mistakes that affect your case and livelihood. Everyone in my office was very nice and apologetic. Comments and reviews like these hurt my business, especially when they are so grossly disproportionate to our imperfections. We are human, imperfect, but we love what we do and, as your research and comments to me indicate, we do it right. Next time you are unsatisfied with a service provider, I strongly advise you to notify them immediately to see if the situation can be remedied, as opposed to not saying anything (thereby not giving them a chance to remedy it) and then going home and writing negative reviews that can hurt their business. People are imperfect and yet people also have to make a living and rely on the reputation of their businesses to do so. We have worked extremely hard for our reputation and will continue providing high quality legal services to our clients. I wish you the very best in your case and hope that our country can be a good and new home for you.

I've known Felipe for many years and can honestly say that he knows his stuff! His experience with the intersection between criminal and immigration law is excellent. Working with him at CUNY was a pleasure and I'm happy to endorse him.

Felipe is a zealous advocate and very knowledgeable about the law. He has a pleasant demeanor and is very sympathetic to his clients needs. I wouldn't hesitate referring clients to him.

Felipe is an outstanding immigration attorney. He is fluent in Mandarin Chinese and well-respected throughout New York's Chinese community. Many of the Chinese people I meet in New York already know him. He is not afraid to take on difficult cases and fight to protect his client's rights. I respect his diligent work ethic and his dedication to his clients. And he is a very nice guy!

I worked with Felipe in the Monroe County Public Defender's Office. What stood out about Felipe was that he took a real interest in each and every one of his clients and was able to use his client's life experiences to effectively advocate on their behalf. He would be an excellent choice for anyone that needs help on an immigration matter.

Felipe and I worked together years ago as public defenders. He repeatedly impressed his colleagues with extraordinary results on difficult trials and frustrated his opponents on the other side of the aisle.

Felipe Alexandre is a talented, hard working attorney, and I am please to work with him and recommend his law firm.

Felipe is a compassionate and great attorney. I recommend him as a well experienced immigration lawyer.

I have known Felipe for a number of years and trust his expertise and experience. I have full faith and confidence in his ability to represent any client I refer to him.

Felipe is an excellent attorney who always maintains clients' interests as top priority. He has extensive experience in public service and speaks several languages, thus providing him the tools and patience to be a fine advocate on behalf of those trapped in the middle of a threatening and complex legal system. I endorse Felipe!