In 2000, Andrew Finberg began representing individuals in need of consumber bankruptcy protections.  Over the past decade, Andrew has assisted countless individuals in obtaining a financial fresh start.  His efforts have earned the recognition of the New Jersey Bar Association where he has continually acted as a featured speaker for continuing legal education courses throughout the State.  In addition, Andrew has spoken at the New Jersey Bench Bar Association as well as numerous seminars and lectures regarding various aspects of the bankruptcy process.  He is a recognized authority on the topic of bankruptcy and has been continually acknowledged as an "Awsome Attorney" by South Jersey Magazine.

In showing both care and compassion to all those he represents, Andrew has been able to build an exceptional reputation as an attorney that embraces difficult issues and strives to advocate in any manner that will assist those in need.  He has earned the respect of the Court, his peers and his adversaries.  Most important, he has earned the respect of his clients who continue to refer all those facing the same predicaments that they had previously encountered.

Andrew resides in Voorhees, New Jersey with his wife and two young sons.  If he is not spending quality time with his family, Andrew can always be found watching his beloved Virginia Tech Hokies and Philadelphia Phillies. 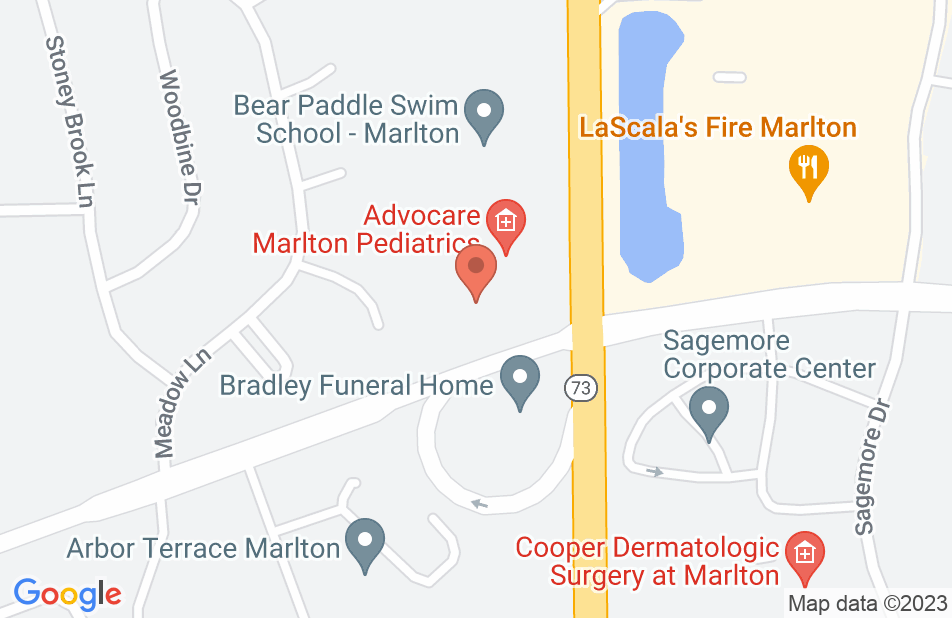 The Law Offices of Andrew B. Finberg LLC

Words can not expres the gratefulness i have to Andrew Finberg and his firm . My husband apnd i recieved custopdy pf our 3 grandchidren and fell behind in our morgage . We thought all hope was lost . We are on a fixed income eaising our 3 grandchikdren . Mr. Finburg went above and beyond to make sure we didnt loose our family home . I am so grateful for everyghing they have done to help us and give us peice of mind . Thank you so much for everything you have done for us .
This review is from a person who hired this attorney.
Hired attorney

A knowledgeable attorney who cares for his clients

Andy filed a Chapter 7 case on my behalf. Andy was upfront about the fees involved, the timeline of proceedings, and my responsibilities related to the bankruptcy filing. Andy took the time to answer my exhaustive list of questions, and made himself available to me by phone and email. Personally, Andy is relatable and just an all around good man, and an excellent attorney. I can say that in a short period of time Andy helped me tremendously, and I am thankful to have met him. I highly recommend Andrew Finberg to anyone in need of bankruptcy counsel.
This review is from a person who hired this attorney.
Hired attorney

It was a pleasure the deal with a time that treats people like they treat me ( I felt as part of the family ) they handle my case with exceptional professionalism and of course the results couldn't be different they have my case done approved in record time and with way better results that I anticipated. I dont have enough words to Express my gratitude and admiration for Andy and the time. Guys thank you so much.
This review is from a person who hired this attorney.
Hired attorney

Andy is a great guy. He makes you feel comfortable and helped us understand all aspects of our situation. Easy to talk to. Never pressured into making a decision and he was constantly reassuring us that we would get through this, and it would all work out. That is exactly what happened! We are now in a great position in our lives going forward. Can't thank him enough!!
This review is from a person who hired this attorney.
Hired attorney

The BEST. Would recommend this attorney to everyone. He caring and makes you feel relaxed when you are discussing your situation again I would give him 10 stars . Thank you Andy so very much.
This review is from a person who hired this attorney.
Hired attorney

I was referred to Andy almost 4 years ago. Anyone in this position can understand how daunting this could be... I needed to do the right thing and get Ch.13 bankruptcy started and I landed in the right place. Andy and his talented, professional staff were and are my heroes. Truly. Without talking about my personal information, if you are reading this and still sitting on the fence or afraid, as I was ...get off that fence and call their office. Just do it. My case had some complexities that were hard but they got me through it. As you can see by the title I gave this,as a professional musician, it completely says what my experience was and is now. I am almost out of Bankruptcy and am indebted to Andy and his staff. I never thought in my 60+ years I would have been in this position but there I was..having an Attorney with his experience was invaluable to me. And will be to all his future clients. I kid you not.
This review is from a person who hired this attorney.
Hired attorney

Great lawyer and all around good guy

Andy, Dan, and Joni are three of the most educated, professional yet casual lawyers i have ever dealt with. Issues are handled immediately and are explained thoroughly! Very knowledgeable about their trade(s), which is comforting when in a crisis..... STRONGLY RECOMMEND!!!!! A+++++
This review is from a person who hired this attorney.
Hired attorney

He was very helpful and quick response to my questions. He referred me to another attorney who could solve my problem on the same day
This review is from a potential client who consulted with this attorney.
Consulted attorney

I was referred to the office of Andrew Finberg during a very difficult time in my life. Both Andy and his staff were caring, compassionate, and worked with me on every level to make sure that everything was taken care of . I can not say enough about both Andy and his staff and would highly recommend them to anyone looking for assistance in this area.
This review is from a person who hired this attorney.
Hired attorney

This office has went above and beyond to help me through my bankruptcy case. They were very professional and responded quickly to every phone call and email I sent. This was my first time ever having to hire a lawyer and I would choose this office all over again. Andrew is deff the best around. -Jamie
This review is from a person who hired this attorney.
Hired attorney
See all reviews

I endorse this lawyer. I have worked with Andy for over 15 years. We have worked together on numerous cases and have achieved fantastic results for our clients. I have consistently referred clients to Andy and always receive thanks in response. He is a great guy and a terrific attorney.

I've known Andy for over 10 years. During this time, we have sometimes been on opposing sides, but have always been friendly. He is an extremely knowledgeable attorney and zealous advocate for his clients. He knows bankruptcy law and the bankruptcy courts inside and out. He is always willing to help and answer any questions I may have. I highly endorse Andy.

I endorse this lawyer. I have known Andy for a number of years, as we both are members of the New Jersey Bankrutpcy Bar. I have always thought of Andy as one of the top lawyers in our field. He is knowledgeable, diligent and fights for his clients. He is someone that I would highly recommend to anyone facing financial issues.

Andy knows what he is doing when it comes to bankruptcy. I strongly endorse him both as a lawyer and as a member of the community. He is easy to work with and an all-around nice guy.

Kenneth Jannette, Bankruptcy and debt Attorney on May 9, 2012
Relationship: Opposing Counsel on matter

Andy practices with the highest level of professionalism and dedication to zealously representing his client's interests. He is honest, trustworthy and diligent. I would recommend his services to my own friends and family.

I have had the pleasure of working with Andy many times over the years. Without fail, on each matter, Andy has exhibited a command of the facts and law, helping bring about a successful resolution. Of equal importance, time and again, the clients I refer to Andy are thankful not only for his accumen, but for his gentlemanly way.

I endorse this lawyer. Andrew Finberg Esq. is an excellent and dedicated lawyer. He is extremely knowledgeable and will fight for his clients, even in the most difficult and complex cases. He handles his clients with care and concern. They are not just files. His lines of communication are excellent. I have been in the practice for 26 years and have met many bankruptcy attorneys; I can say without hesitation that Andrew is the finest. I have had a close family friend go out of her way to come to my home just to thank me for referring her to Mr. Finberg. That has never happened in twenty-six years! Please do not attempt to dabble in the complex field of bankruptcy law. Do yourself and most of all your clients a favor and refer them to Andrew Finberg Esq. They will thank you for it.

Andy Finberg is a mentor, a friend and an all-around superb person. He is professional, courteous and is always willing to put forth extra effort to make sure the quality of his work is at its highest level. Whenever I have questions, he is the first person I ask, and he has never turned me down. I proudly endorse Andy.

I endorse this lawyer. I have had the pleasure of working with Andy on a number of matters for mutual clients. He is my go-to-guy when it comes to referring my clients to a bankruptcy attorney. He presents with a very comforting demeanor, yet is the most well-versed, honest, efficient and professional attorney in his area of practice. Andy truly is a pleasure to do business with.