Mr. Solon is Of Counsel with the law firm of LaRocca Hornik Rosen Greenberg & Crupi, LLC, located in Freehold, N.J.  He was born in Lakewood, New Jersey and graduated from Rutgers College, Rutgers University in 2000 with a Bachelor of Arts degree in Political Science and a Bachelor of Arts degree in Middle Eastern Studies.  Mr. Solon earned his law degree from Seton Hall University, School of Law in Newark in 2005.  At Seton Hall, Mr. Solon was awarded various distinctions and honors including the award of best oral advocate in the school’s Appellate Advocacy course. Mr. Solon was given the opportunity to participate and coach in the law school’s Jessup International Moot Court team.  Further, he also received the honor of a Federal Internship with the Honorable Nicholas Tsoucalas in the Court of International Trade.

Upon graduating from law school, Mr. Solon was honored to serve as a Judicial Law Clerk for the Honorable Ralph L. De Luccia, J.S.C. for the 2005-2006 judicial term in the New Jersey Superior Court.

Since April 2014, Mr. Solon became an Of Counsel to the LaRocca firm in a position to assist others with their legal needs.  He uses his personal experiences as well as his legal training to provide personal care to all his clients.  Moreover, Mr. Solon has built a network of experienced professionals at his disposal.

Mr. Solon spends his free time with his wife and two daughters.  He participates in various community service projects, heads a few charitable events, participates in sports and is known to frequent Rutgers football games. 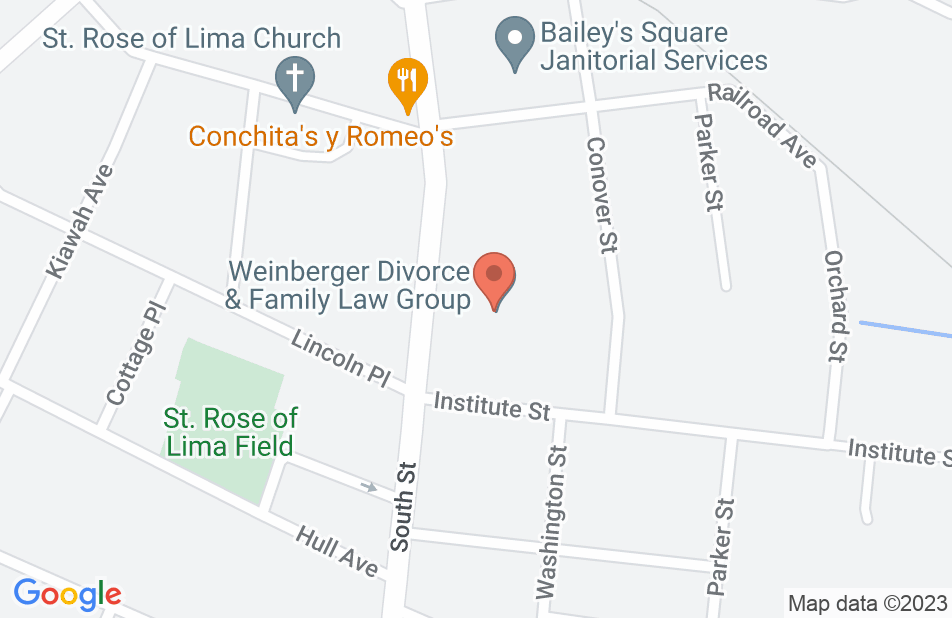 Alon was the best lawyer I could have asked for. I am really pleased with how professional and hard-working he is. I trust him and was highly recommend him to others. He was with me every step of the way, and he made me feel comfortable being a first time home-owner. The process can be confusing, but Alon helped me to understand what each term and contract line meant. I was comfortable with asking him questions along the way. I would reach out to him for any future needs. If you are looking for a great lawyer who puts in extra effort and is with you every step of the way - I would go with Alon. THANK YOU!!!!
This review is from a person who hired this attorney.
Hired attorney

Mr. Solon was extremely informative as to what our case involved. He informed us of all offers and made suggestions as to what a good settlement would be. Mr. Solon is highly recommend for personal injury cases. He was able to get us a settlement many times higher than the original offer. Mr. Solon easy to work with and explains everything in detail.
This review is from a person who hired this attorney.
Hired attorney

Alon is the best!

We hired Alon Solon to represent us in our sale / buy for our current property. He's hands down one of the very best detail-oriented lawyers around. He doesn't just care - he really works hard to make sure you are protected and completely comfortable. I will use Alon for all of our real estate transactions going forward. We had a lawyer before him who really did the bare minimum and didn't protect us well. We saw such a huge difference in approach with Alon that you can count on him to get stuff done.
This review is from a person who hired this attorney.
Hired attorney

I highly recommend Alon for any transaction needing a lawyer. He's knowledgeable, attentive, client centered, and available when you need him. He's consulted with my business partner and I on a complicated commercial property situation and we appreciate his patience and diligence. He definitely cares about his clients.
This review is from a potential client who consulted with this attorney.
Consulted attorney

Alon and his staff were great. He was there for a little question or concerns I had, very pleasant to speak to and watch out for my best interest. I would definitely use his services again and recommend him to everyone.
This review is from a person who hired this attorney.
Hired attorney

Alon was our attorney when buying our first home. He answered all our questions promptly, and was accommodating with our work schedules and was available after normal business hours. Alon made the process of buying a home much less stressful. I would certainly use him again, and would recommend him to anyone in need of an attorney.
This review is from a person who hired this attorney.
Hired attorney

We hired Mr. Solon recently as our attorney when we were selling a property. He was always available and the response time was very fast. Would highly recommend him.
This review is from a person who hired this attorney.
Hired attorney

When ever I had a question or didn't understand a subject on the contract or why it was talking so long Alon always had time to respond to my anxiety feelings and concern to the end. He quickly arranged the closing day because I couldn't attend the scheduled date that was confirmed by all involved because of my back injury by searching for an assistant that could come to my house to keep the closing day on schedule, closing was quick and easy and was very appreciated by my family. Even after closing I had to ask Alon questions that needed a quick answer he was there surprising after hours couldn't believe it I was waiting for next day response. Over all I was very happy that Alon Solon handled my real estate legal action and will gladly recommend Alon to others that need his experience with legal matters.
This review is from a person who hired this attorney.
Hired attorney

Alon was extremely helpful each step of the way regarding my home purchase. Coming from a different state, he was able to explain the differences in each states laws and practices, and that helped a lot for the transition. He was always available to answer questions, or be an ear to listen to me vent about other parts of the process. I would highly recommend him.
This review is from a person who hired this attorney.
Hired attorney

Recently purchased a home in Jackson. Alon explaind everything clearly and all went smoothly. No surprises which is what you want in a closing
This review is from a person who hired this attorney.
Hired attorney
See all reviews

I endorse this lawyer. In an area of practice where integrity and accountability are often in short supply, Alon has time and again shown to be of high character.

Alon is a smart and aggressive lawyer. He has experience trying cases and understands the finer points of personal injury law. If you hire him, you can be assured that you are in good hands.

I have worked with Alon Solon as co counsel in an involved civil litigation matter. Mr. Solon was extremely knowledgeable, well prepared, professional courteous and a vigilant advocate for his client. I fully endorse Mr. Solon to any prospective client.

I endorse this lawyer. In an area of practice where integrity and accountability are often in short supply, Alon has time and again shown to be of high character.

Alon is a smart and aggressive lawyer. He has experience trying cases and understands the finer points of personal injury law. If you hire him, you can be assured that you are in good hands.

Alon is a dedicated and hard working man. He has tremendous experience representing clients in personal injury cases and has a unique sub-specialty with auto insurance PIP issues

Alon is extremely knowledgable and an excellent Attorney.

I have known Alon for many years and I fully endorse this lawyer.