Since 1998, Mark D. Sherman has been a member in good standing of the State Bars of Connecticut, New York and Florida.

His practice focuses on criminal and civil litigation, serving clients in the Connecticut and New York metropolitan areas. Mark has successfully handled scores of serious and sensitive criminal and employment matters, some of which have received high profile media attention.

Mark has also appeared as a guest commentator on Court TV, Fox News and ESPN. He also routinely lectures to schools and parents’ groups on cyber-safety and the dangers and perils for kids growing up in today’s techno-centric society.

Mark graduated from the University of Pennsylvania in 1995 and subsequently earned his law degree at the Fordham University School of Law in 1998, where he served as President of the Student Bar Association. After law school, Mark joined the litigation department of the New York law firm of Pryor, Cashman, Sherman & Flynn, practicing in their litigation group and later left to start his own practice.

Mark regularly lectures to public and private schools in Fairfield County on cybersafety, anti-bullying initiatives, and alcohol and substance abuse prevention. For information on having Mark present to your group or school, please call Christine Bartlett at the number below. 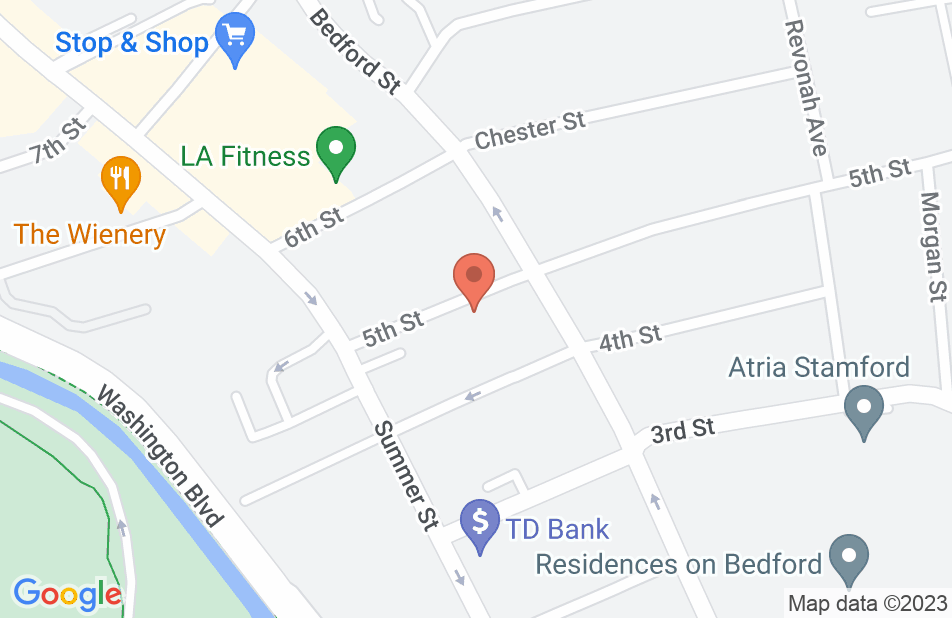 My juvenile son made a mistake that could have resulted in criminal charges in the adult courts. Mark did a great job handling the case which resulted in dismissal and erasure of the charges. I'd recommend his legal services.
This review is from a person who hired this attorney.
Hired attorney

I was impressed immensely by the services received from Mark Sherman. He is extremely knowledgeable in his craft and will ensure you get the best possible outcome. Mark was honest in his approach and took his time to understand all aspects of the situation (very responsive even after hours). I would definitely recommend him to my family and friends.
This review is from a person who hired this attorney.
Hired attorney

I couldn’t be happier with the service Mark and his team provided. I was cited with a breach of peach misdemeanor. Unfortunately the judge gave me two years of probation, which seemed a bit harsh for the charges. Mark helped me through the court proceedings to avoid a conviction. He and his team worked diligently and put me at ease throughout this stressful process. When my probation end date of July 20 approached, I received a letter from the court that my dismissal date was pushed back to September 21 (9 whole weeks after my case was supposed to be dismissed!!!!). This was a huge inconvenience as I was looking for employment (as I lost my former job due to COVID). I couldn’t have this charge lingering for an additional 9 weeks, which seemed cruel and unusual since the date should have been dismissed. Mark filed an emergency motion and was able to have the case dismissed on July 31. I was thrilled and relieved. Mark and his team are extremely responsive and very professional. They get the job done... and get it done very well. Thanks so much for all you’ve done! I would recommend Mark to anyone seeking criminal legal counsel!
This review is from a person who hired this attorney.
Hired attorney

Attorney Sherman responded on a Sunday afternoon by answering his phone personally. He provided support and reassurance and allowed several follow up phone calls at no charge. Although fortunately I did not need to hire him on my behalf of my family member, his experience and responsiveness were remarkable.
This review is from a potential client who consulted with this attorney.
Consulted attorney

Posted by CHRISTIAN SILVAMon May 18 2020

MR. SHERMAN AND HIS ASSISTANT, MRS. SIMONE DE CICCO, ATTENDED TO MY CASE DILIGENTLY AND DELIVERED THE EXPECTED RESULT. A PARDON GRANTED ON THE 1ST IF JULY, 2019.
This review is from a person who hired this attorney.
Hired attorney

I am so grateful I had Mark and his wonderful team in my corner with an excellent result to get my Stamford Connecticut shoplifting charge dismissed over three years ago. At my initial meeting with Mark. He was kind, clear, patient and easy to understand to explain my case as well his assistant Christine. Mark Sherman has a wealth of experience and knowledge ! Thanks very much and really appreciate your help and the team! HIGHLY RECOMMEND HIM and HIS TEAM for QUICK and EXCELLENT result!
This review is from a person who hired this attorney.
Hired attorney

When needing a lawyer I didn’t know where to turn. I was recommended to Mark Sherman’s office and it was the best choice I’ve ever made. The lawyers were amazing. They had all the answers I needed and provided the best advise. I recommend this office to anyone in need of a lawyer. You will not be disappointed!
This review is from a person who hired this attorney.
Hired attorney

We hired Mark to clear up a very distressing legal problem. Although he said the chances were only 30% that his plan would work, he managed to completely and impressively negotiate the situation in our favor. He was always available and attentive. We were so grateful and relieved that he achieved the seemingly impossible. Would recommend to anybody.
This review is from a person who hired this attorney.
Hired attorney

My daughter was arrested at the end of October 2019 for possession of a controlled substance in Stamford, CT. Since she was on probation in Florida, the arrest represented a violation of probation in Florida and could result in her going to jail for up to one year. The only thing that could help her in Florida was a dismissal which was exactly what Attorney Sherman and the other lawyers in his office achieved. She still has to go to Florida and deal with the Courts there.... but we are simply amazed by the EXCELLENT results achieved by the firm. We could not have done any better. Unfortunately , we have had to use him for this daughter for almost ten years now , so we know the results are not a fluke but indicative of the work they are capable are achieving. We would not hire anyone else.
This review is from a person who hired this attorney.
Hired attorney

Excellent service provided from start to finish. Mark was pleasant, responsive, thorough, well informed, and detail oriented. Mark worked across multiple cities, planned around employer deadlines, and provided follow-up advice months later free of charge. He saved me a great deal of stress and hardship. I would recommend Mark to anyone.
This review is from a person who hired this attorney.
Hired attorney
See all reviews

Mark is one of the most hardworking, smart, and zealous advocates I have had the pleasure of working with. Without hesitation, I would recommend my family and friends to Mark as I know he would effectively take care of their legal needs. I highly endorse Mark and his team of attorneys.

I am a Fairfield County Divorce Lawyer who has known Attorney Sherman for many years. Occasionaly, some of my client matters involve a criminal component or layer. I have referred a great many clients to him and will continue to do so without hesitation. Mark works tirelessly, is an aggressive advocate, and delivers great results for his clients. I highly recommend Attorney Sherman. There is no doubt his is one of the leading criminal attorneys in Connecticut.

I endorse Attorney Sherman as a criminal defense attorney. Mark is compassionate, knowledgeable, and cares for his clients' very diverse matters.

Mark is an extremely intelligent, diligent and conscientious advocate. He is strategically astute and takes advantage of every possible resource as he and his firm seek the best possible results for their clients. He and his firm deliver the highest level of client care and representation.

Mark Sherman is incredibly knowledgeable in the area of Criminal Defense. He is also an outstanding advocate for his clients. There is a difference between a good lawyer and a great lawyer. Mark Sherman is great.

Mark is an exceptional lawyer. For years he has been defending his clients with skill and passion. Practicing criminal defense in Arizona, I can attest to Mark's expertise in this field. He delivers results as is evident in every aspect of his practice. Highly recommended.

I have had the chance to work with Attorney Sherman and his office on several serious matters. They aggressively fight for their clients and routinely obtain the best possible results. You can't go wrong hiring Attorney Sherman.

Mark and I have worked on matters together in the area of criminal law. Mark is as dedicated as he is bright. I genuinely trust Mark's judgment, knowledge and legal analysis. Not only does Mark possess the legal know how, but he has remarkable skill and experience to match.

I have worked with Attorney Sherman and his associates on a number of cases over the years. They all do fantastic work, and any one who chooses their services will be in great hands!

Mark is responsive, intelligent and well respected by the local legal community. Mutual clients have been extremely satisfied with his counsel. I offer my highest endorsement of his work.

Mark is an excellent attorney who works extremely hard to get the best result for his clients. He is constantly available to all of his clients and is tirelessly working on each case as if it were the only case he has.