I am passionate about civil right and am well-known as a tenacious defender of civil rights. I help my personal injury clients attain full compensation.

Sally A. Roberts graduated from Radcliffe College of Harvard University (B.A., cum laude, 1979), and then received her J.D. (1982) from Washington College of Law, of American University, where she served as Research & Topics Editor on the American University Law Review. While in law school she worked for U.S. Senator Lowell P. Weicker, Jr. as a Legal Researcher. Ms. Roberts was a litigation associate for several years in Washington, D.C., where she was involved with jury trials in both state and federal courts. Upon return to her native Connecticut, Ms. Roberts was a Law Clerk to Chief Presiding Judge Joseph P. Dannehy on the Connecticut Appellate Court (1984-1985). Ms. Roberts was also a litigation associate at Day, Berry & Howard, where she was involved with appeals to both the Connecticut Supreme and Appellate Courts.

Practices with an emphasis on civil rights litigation including police misconduct and brutality, employment law as well an personal injury. 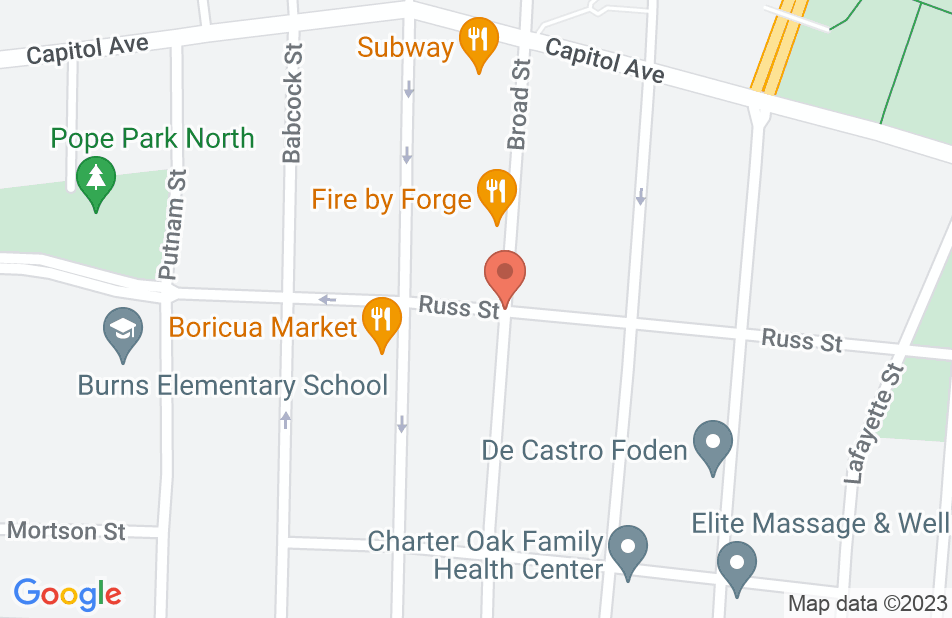 Law Office of Sally A. Roberts

Very nice and informative. Would recommend.
This review is from a potential client who consulted with this attorney.
Consulted attorney

Ms. Roberts answered my legal question in a timely fashion. Thank you for your free assistance.
This review is from a potential client who consulted with this attorney.
Consulted attorney

I have contact a few Attorneys who really didn't have the time to explain what a civil case was about but Attorney Sally Robert came out to our home sat down with us and took her time explaining what a civil case was about and we were very pleased with her. I would recommend her to families and friends and have already done so. She works hard for you..
This review is from a person who hired this attorney.
Hired attorney

Attorney Roberts is an outstanding attorney with lots of experience.
This review is from a potential client who consulted with this attorney.
Consulted attorney

Sally worked on a wrongful death case for me. She is diligent, hardworking and caring. She puts her heart and soul into her cases. I would highly recommend her. Thank you Sally for all you do.
This review is from a person who hired this attorney.
Hired attorney

Attorney Robert immediately returned my phone call and asked me questions about my case. She set up an appointment shortly there after and spend three hours at my home going over all of the evidence. She filed all of the necessary paperwork including the FOIA requests. She did all of this in a timely fashion. She attended all of the inquiries to date with me. She has clearly described the possibilities and possible plans for my case. I have the utmost confidence in attorney Roberts, due to her record, and her obvious tenacity in attaining justice.
This review is from a person who hired this attorney.
Hired attorney

I called Sally over the phone and explained my situation. She listening to what I had to say, and then asked me questions. She didn't try to judge me upfront and she also asked if I could provide her with information. I had spoken with another lawyer prior to her, and that lawyer tried to make me feel like the case was not winnable. He/she concluded my intentions without knowing why I wanted to go ahead with my case. Sally examined all the evidence and then gave me the opportunity to secure sher services. The other lawyer wouldn't look at my evidence without a payment.
This review is from a person who hired this attorney.
Hired attorney

Lowest Point of My Life

I studied lawyers qualifications along with my ex-husband, sister, and several friends including some high profile lawyer friends that specialize in criminal law and such. It was clear that even though the damages were tremendous, I needed a powerful lawyer that could stand up for me and fight for my civil rights and for my dignity. After a full year of searching both in state and out of state it was clear that Sally Roberts was by far the best choice for a truly brilliant attorney that had a record of successfully fighting for her clients. Since hiring Attorney Roberts I feel very comfortable and confident that my representation is the most solid I could have found. Her knowledge and perseverance is why another high profile criminal defense attorney in Connecticut termed her "Hurricane Roberts" in a newspaper article featuring one of her cases. She knew that our fight was going to be tough even though the evidence is on our side but she had to take on the State of Connecticut itself along with the individuals that caused much harm to me and my entire family. I am amazed at her dedication and hard work. I honestly don't know that there was even a second choice for who to hire to represent me as she so clearly was ready to fight for me. It was not just her professional record that helped me to choose her; it was her dedication and belief in doing what was right for my name, reputation, and so much more that made her shine. Whether I win or lose is to be determined but I do know that I made the best decision I could have in having Sally Roberts represent my civil case as I have peace of mind that I found the best to represent me.
This review is from a person who hired this attorney.
Hired attorney

I would enthusiastically recommend attorney Sally A Roberts to anyone in search of a good Civil Rights attorney. Sally is very smart, kind and responsive. Having worked with attorneys in the past, I was impressed by her attitude and genuine sense of caring about me as a person and client. Sally took my case when others wouldn't due to the complexity and high profile nature of the defendants. Sally truly looks out for the rights of the common man even when facing those with what would seem to be absolute power.
This review is from a person who hired this attorney.
Hired attorney

I hired Sally Roberts to complete a lawsuit that had begun a few years before. Sally is every bit the tiger I was able to get to know when I needed her. I know from working with her she has every duck in the row already, and will prosecute as needed. She has a brilliant mind and uses it. She has been through more than most Lawyers, got up, dusted off, and came back stronger, braver, learning to fight any battle. Anyone who hires her is really in golden hands, not the dainty hands she once had. I know of no one who can fill her shoes. God Bless you Sally, and keep up that go-get-em attitude you display. Love, and hugs to the bravest woman I ever met.
This review is from a person who hired this attorney.
Hired attorney

The answers of Ms. Roberts are consistently accurate, analytic, and customized to the needs of the Avvo askers. These are exactly the qualities that every client would look for when hiring an attorney.

I endorse this lawyer's work. A contributor to the legal community and a real asset to the bar in general.

Ms. Roberts' comments and advice are consistently first-rate. I endorse her without reservation.

If you are considering an attorney in civil rights, Sally Roberts may have just the answer to your question.

I endorse this lawyer. She doesn't give up when fighting for the rights of a person's civil rights. She is well respected by her peers and appreciated by her clients as evidenced by her client endorsements.

Attorney Roberts is a smart and steadfast civil rights lawyer who is committed to her clients. She is a tireless advocate who is willing to take on the tough cases in order to vindicate the rights of her clients who are often seen as the underdog in legal contests with state agencies. I would highly recommend her to anyone who is facing unfair circumstances in which their civil rights need to be enforced.

I endorse this lawyer. Sally is a great trial attorney and treats every case with the utmost care and legal acumen. She is always prepared and will go the extra mile for her clients. Sally will perform every aspect from research through trial with great attention to detail.

Max Rosenberg, Bankruptcy and debt Attorney on Jan 3, 2017
Relationship: Worked together on matter

I endorse this lawyer. Attorney Roberts is the first lawyer I call when I have a question on civil rights. We have worked together on several matters in the past and I look forward to the opportunity to work with her again. She is a luminary in her field.

I endorse this lawyer. Attorney Roberts is exceptionally erudite in the law and legal procedure. Her greatest attribute however, is her tireless advocacy for her clients.

I endorse this lawyer. Sally is an extremely diligent and relentless attorney. She gets the job done in a timely and effective manner. I would recommend her to anyone with a civil issue.

I endorse this lawyer. She is knowable of the law, creative in her use of procedure, vigorous in her pursuit of her client's cause and accurate in her estimate of merits of the case.

Sally Roberts is an outstanding attorney. She has a depth of knowledge and a tenacity that should make any client confident that she will overturn all stones and provide the best representation possible.

I do not know and have never met Sally Roberts but we have crossed paths by answering many common questions on AVVO. Having answered nearly 13,000 questions myself I come across a lot of lawyers, but precious few catch my eye often enough to register, and Sally is at the top of that list. She is obviously intelligent, insightful, skilled and experienced, but she also exhibits an incredible combination of compassion and aggression, which, I am quite confident, translates very favorably to her clients (who no doubt enjoy the compassion and reap the rewards of the aggression). If you have a Personal injury, Civil Rights, Car Accident or Wrongful Death case anywhere near Hartford then I urge you to reach out to Sally Roberts. l earnestly endorse this lawyer.

I endorse this lawyer. Ms. Roberts is very agressive and hard working. She really has put us thru the paces. In addition to fighting hard for her clients, she an honorable and skilled adversary.

Attorney Roberts is a tenacious and focused advocate. She works hard and never gives up. I am glad to endorse her.

Sally is fantastic. When you hire a lawyer, you need an ADVOCATE. That's what she is, through and through.

I have known Atty Roberts for many years and have worked along side her on a number of cases. She is a hard working and dedicated advocate for her clients.

Ms. Roberts has earned the respect and admiration of her colleagues and clients. I gladly endorse her professional services.