Jeff Johnson works in the areas of serious personal injury, wrongful death, medical negligence claims, and civil rights violations. Prior to joining Johnson & Johnson, Jeff worked for three years as an Assistant Attorney General for the Washington State Attorney General’s Office. While with the Attorney General, Jeff worked primarily on unemployment benefit and worker’s compensation matters (work place injuries). This experience provided him with a great deal of knowledge and experience in handling injury claims.

Jeff is an active member of the Washington State Bar Association. In September 2013, Jeff was appointed to serve as the Southeastern Washington District representative on the Washington State Bar Young Lawyers Committee. Additionally, Jeff is active in the local bar associations in Yakima, Benton and Franklin counties. He has previously served as the Vice President to the Benton-Franklin County Bar Association’s Young Lawyer Committee.

Jeff was born and raised in Yakima. He is the son of Dick Johnson (attorney) and the brother of Alex Johnson (attorney). He graduated from West Valley High School (Yakima) in 2001. Jeff received his bachelor’s degree in Business Administration from Washington State University in 2005 and his law degree from the University of Oregon School of Law in 2009. During law school, Jeff clerked with the Lane County Circuit Court in Eugene, OR; interned as a Special Deputy District Attorney for the Benton County District Attorney’s Office in Corvallis, OR; and worked as a law clerk for the Oregon Attorney General’s Office in its torts and employment sections in Salem, OR.

In 2005, Jeff married his high school sweetheart Andrea. They have one child. Jeff enjoys spending time with his family, playing the guitar and supporting WSU Athletics. Jeff is an active member of the Young Professionals of Tri-Cities group and the 3 Rivers Road Runners. He enjoys distance running having completed multiple marathons.

Jeff works out of the Yakima, Sunnyside and Tri-Cities Offices (Richland, Kennewick, Pasco). 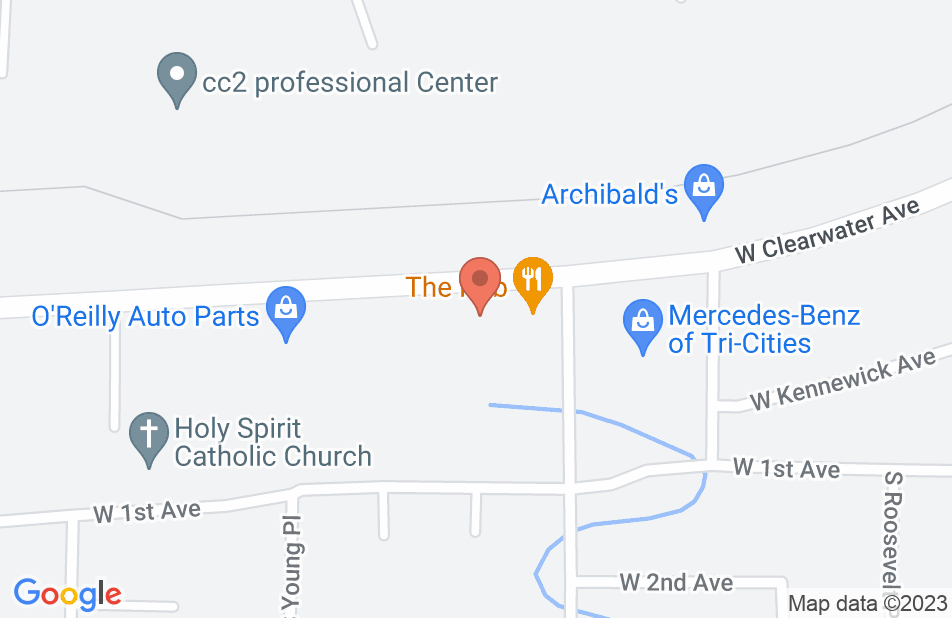 Retained the services of Mr. Johnson to help with my personal injury case. The insurance company had stopped payments and wanted me to take a payment without receiving all the medical treatment I needed. After talking with Jeffrey and presenting my documentation, he was able to get all of my medical bills resolved. He also got my payout doubled from the initial offer. His knowledge of the correct procedures in a personal injury case saved me thousands of dollars.

Being in a car accident is never fun especially when you get hurt. He made the experience easy for me. He took care of everything and kept me updated every step of the way! He stayed on top of everything and literally had to do nothing but wait for it the case to be closed. I received an a satisfying amount after all my doctor bills were payed. I'll be forever thankful for how hard he worked to help me. Thank you!
This review is from a person who hired this attorney.
Hired attorney

Jeff and I volunteered together on a Washington State Bar Association committee, and I was impressed by his thoughtfulness, dedication, and diligence. I wouldn't hesitate to recommend him to potential clients.

Jeff has shown himself to be an exceptionally bright, creative and hard-working attorney. Jeff is an attorney you want on your side. I highly endorse him.

Jeff is an exceptional attorney and someone I would certainly recommend to anyone with a personal injury claim or facing a criminal allegation. His willingness to work tirelessly on behalf of those he represents is second to none. Jeff has a comprehensive and thoughtful way about how he handles cases and will not hesitate to go the extra mile in order to benefit his clients.

Jeff is an intelligent and capable attorney. He keeps up to date with new developments in the law, and keeps a close eye on ways to better serve his clients. I have no hesitation in endorsing Jeff.

Mr. Johnson has a wealth of experience. He is a professional, but more than that he is genuine. He will take that extra time for you and your family to make sure no detail is missed. That is why I endorse him.

I gladly endorse Jeff. He is an experienced, highly knowledgeable criminal defense lawyer.

Jeff is a very knowledgeable personal injury attorney. I would have no problem recommending him to anyone in need of legal counsel. I endorse this lawyer.

Jeff is not just a good lawyer, but also a great guy. I would definitely recommend Jeff to anyone looking for an attorney.

Jeff is a brilliant lawyer who will go-to-the-mat for his clients. He knows how to patiently work hard and win tough cases! I endorse this lawyer.

I endorse this lawyer. Jeff has a great attention to detail. His preparation and time that he puts into his cases is extensive. He is very professional advocates for his clients well.

Jeff is thorough and caring in how he handles his cases. He is competent and tactful in his approach; I have no hesitation in recommending him to potential clients.