Derek Johnson grew up in a small community in the midwest. After multiple family trips to the Pacific Northwest, Derek decided that Washington was the place he eventually wanted to make his home. After attending University of North Dakota on a Presidential Scholarship, Derek applied to and was accepted at Gonzaga University School of Law in Spokane, Washington.

While attending law school, Derek developed an interest in tax law and estate planning. He spent two semesters in the tax law clinic as well as participated in creating wills and estate plans for veterans.

Derek was also involved in the Society for Law in Business for all three of his years in law school. He became president of the club during his last year. During his tenure in the Society of Law and Business, Derek was involved in organizing three different business law CLE's, spotlighting the Dodd-Frank Act, the Jobs Act, and Securities Regulations. 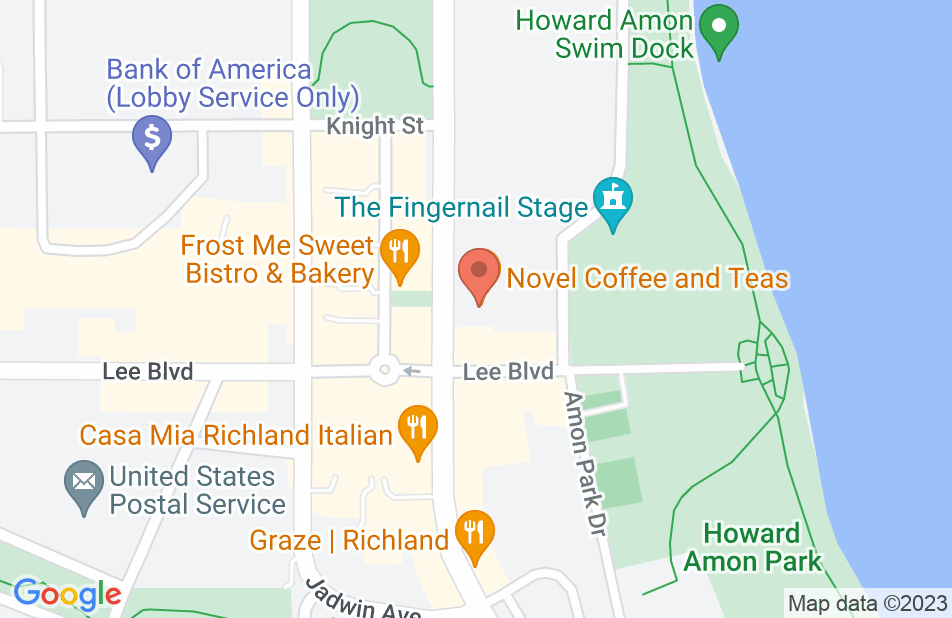 Will with special needs trust.

We have a handicapped son, so we needed to do some planning to care for him. Derek prepared our wills and included provisions for a guardian and setting up a special needs trust. Derek listened to our wishes and included them in the will. Answered all of our questions and prepared the will with all the associated documents.
This review is from a person who hired this attorney.
Hired attorney

We had estate planning documents prepared by Derek Johnson at Gravis Law, and he was courteous, professional, and timely. We will recommend both Derek and Gravis Law to our friends, family, and co-workers.
This review is from a person who hired this attorney.
Hired attorney

I hired Mr. Johnson to help me with the probate of my Father’s Estate. Mr. Johnson was professional, timely in answering my questions and completing the process, and his fee was reasonable. I have no complaints, and would recommend him.
This review is from a person who hired this attorney.
Hired attorney

A great lawyer to help you.

We were able to get a timely appointment with Derek . He answered all the questions my mother and I asked, and gave us professional, good advice. He made sure our dilemma was handled, which provided a great peace of mind. I recommend him highly. Thank you.
This review is from a person who hired this attorney.
Hired attorney

Derek and his team developed eight documents in support of our estate plan. When we called to set up our meeting, Derek's paralegal provided specific guidance regarding the types of information that we would need for our meeting with Derek so that we were prepared for our initial discussion. That session was used to review our information and lay out an estate plan that was tailored to our situation. He explained the reasons for each document and also explained why he did not propose other options that we had considered. His team developed draft documents using the information from the initial session. Again, these were provided to us for review ahead of our next meeting. Based on that review, we requested some modifications which also accomplished in time to allow us to finalize and sign the documents at our second meeting. We were impressed with Derek's efficiency and appreciated the fact that he didn't waste our time. From a personal standpoint, I also appreciated Derek's patience and his clear explanations regarding the work that needed to be done. He made the process that I had been dreading (and avoiding) relatively pleasant and worry free. I will be a return customer.
This review is from a person who hired this attorney.
Hired attorney

DEREK DID A GREAT JOB IN A TIMELY MANNER , THE WORK HE DID HELPED US OUT . IF WE NEED HIM AGAIN WE WILL BE CALLING . GREAT JOB
This review is from a person who hired this attorney.
Hired attorney

We interviewed Derek with the idea in mind of updating our estate because we had moved to Washington for California. My wife and I both have extensive business backgrounds which - while we are not attorneys - involved important legal issues; particularly in the areas of complicated fiduciary and insurance matters. He gave us a cogent and concise overview of the Washington way of doing things regarding our estate. We proceeded to hire him without restraint. In our view, he did just fine and will have a splendid career.
This review is from a person who hired this attorney.
Hired attorney

Derek represented us in a estate dispute and got a fair settlement for us. If not for his effort I fear we would have lost what we were entitled to receive. He also put to gather a estate planning package us. His work on this was excellent and very professional. His fees a very reasonable, and he delivered what was promised in a timely manner. I would not hesitate to hire or recommend Derek and his team for any legal work I would require in the future.
This review is from a person who hired this attorney.
Hired attorney

Last year my wife lost her father in the Kennewick area we had to go handle everything without knowing one sole there. To add to that, we lived 1500 miles away in NYC. Derek's firm had some decent reviews and we weren't there long enough to go through a vetting process like we normally would for a probate attorney. With that being said, we were lucky to find Derek to assist us through this time. He not only handled 100% of the legal side of the probate, he was are trusted ears on the ground and did even some of the tasks that most attorneys would have felt were beneath them. The fact is that the process would have NEVER went as well as it did without Derek. To this day, we still have an income property in the area and he has assisted on two other projects and of course knocked it out of the park. Lastly, his honesty and fairness when it pertains to billing for hours is absolutely remarkable. To the extent that I don't even ask questions about how he comes to his hours like I am normally anal about with other business partnerships. He is the salt of the earth and I would STRONGLY recommend him for anything he told me he was comfortable handling.
This review is from a person who hired this attorney.
Hired attorney

We hired Derek to help with our estate planning. He did an excellent job addressing our concerns, even changing nuances in the document's language and tailoring the process to suit our particular needs and preferences. He made the process extremely easy and it gave us great peace of mind to know that we had an experienced professional (who knows all the ins and outs of the pertinent WA state laws) addressing all the necessary details of a comprehensive estate plan. We would definitely recommend him to anyone looking for help with wills, health care directives and all other aspects of estate planning.
This review is from a person who hired this attorney.
Hired attorney
See all reviews

I endorse Mr. Johnson. He is professional, experienced, and a hard working attorney.

I endorse this lawyer. He is knowledgeable, industrious, and practical. He finds what information is needed and gets things done without hyping things up.

Derek is a very talented and personable attorney who helps guide clients through the often confusing process of estate planning in order to craft solutions tailored to their needs. I endorse this lawyer.

I endorse this lawyer. Derek is a bright, conscientious attorney. I regularly refer my clients to Derek for their estate planning needs.

I endorse this lawyer. He has been very professional to deal with in successfully resolving the dispute between our clients.

I endorse this lawyer. Derek works hard for his clients and goes the extra mile to get results.

Mr. Johnson has more knowledge than many experienced attorneys. I highly recommend him.

Derek is a great lawyer. He is smart, resourceful, and dedicated to his clients. I would recommend Derek to anyone needing counsel or representation regarding estate planning and/or probate matters.

I have worked with Derek when difficult probate matters come up in my family law practice. I am glad to have a lawyer I can rely on when I need help with wills, trusts and other probate and planning issues. My willingness to trust my client's issues to Derek is the strongest recommendation I can give.

Derek is very resourceful and highly capable. He has a strong sense of how to take complicated legal processes and uncomplicate them.

Derek has a fantastic eye for detail, is easy to collaborate with, and continues to innovate his practice approach for client convenience.

I endorse this lawyer. Derek is dedicate and hard worker. He is a great listener, which allows him to quickly understand the underlying issues in a case. He goes the extra mile for his clients, which shows in his growing book of clients.