Experienced, Effective, and a Reputation for Delivering Results. Free Consultations.

Mr. Harlan obtained his first employment within the legal profession in Benton County, Washington, working for the Benton County Prosecuting Attorney's Office.  While in Benton County, Mr. Harlan was resposnible for prosecuting criminal offenses in District and Juvenile Courts.  In 1995, Mr. Harlan was hired by the Clark County Prosecuting Attorney, Art Curtis, as a Deputy Prosecutor in the Juvenile Division of the Clark County Supeiror Court.  In 1997, Mr. Harlan was promoted to the Clark County Drug Unit, where he was responsible for charging and prosecuting persons accussed of felony drug offenses such as Felony Possession of Methampetamine, Cocaine, Marijauana; Manufacture of Methamphetamine, and Possession with Intent to Deliver Marijauana, Methamphetamine, and/or Cocaine.  After serving approximately 18 months in the Clark County Drug Unit and earning the monicur 'The Hammer' from law enforcement officers, Mr. Harlan was reassigned to a general trial team where he prosecuted adult felony offenses.  While in the general trial team Mr. Harlan prosecuted a three week fifty + witness trial and obtained a First Degree Murder Conviction for the State of Washington.

In 2000, Mr. Harlan resigned his position with the Clark County Prosecuting Attorney's Office and accepted an associate position with the law firm of Baumgartner, Nelson and Price, P.S..  Becasue of his extensive expereince in the criminal field, Mr. Harlan quickly developed a reputation as an effective criminal defense attorney.  Although in private practice, in 2000, Art Curtis, the elected Clark County Prosecutor, appointed Mr. Harlan as a 'Special Deputy Prosecuting Attorney' and hired Mr. Harlan to prosecute a defendant suspected of Murder.

In 2001, Mr. Harlan joined forced with Michael Brace and created the law firm of Harlan & Brace, P.S. which practiced in the fields of personal injury, criminal defense, and family law.  One of the many highlights of Mr. Harlan's career as a criminal defense attorney includes obtaining a 'Not Guilty' verdict for a client wrongfully accused of murdering a fourteen year old girl.

In 2006, Mr. Harlan started The Harlan Law Firm, and shifted the empahsis of his practice toward personal injury.  More specifically, Mr. Harlan prosecutes cases where innocent persons have been injured as a result of another person or business' violation of the the coummunity safety rules. Where a client is injured because another person or business violates the basic rules of community safety two which were all conform, the person or the person or business must be held accounatable .  While a vast majority of these cases involve injuries or death caused by car collisions, Mr. Harlan also prosecutes cases invovling injuries caused by dangerous a conditon within commercial or residential property, injuries caused by a dangerous products, or even injuries caused by dangerous dogs.  Although Mr. Harlan continues to maintain a small select case load in the field of criminal defense, after almost 20 years in practice, Mr. Harlan's is dedicated to delivering results for innocent persons harmed by the negligent and/or intentinoal acts of safety rule violators by obtaining full and fair compensation for his clients injuries.

Mr. Harlan is married to Penny Helland, who is a life-long resident of Clark County Washington.  They have two children and reside in Camas, Washington. 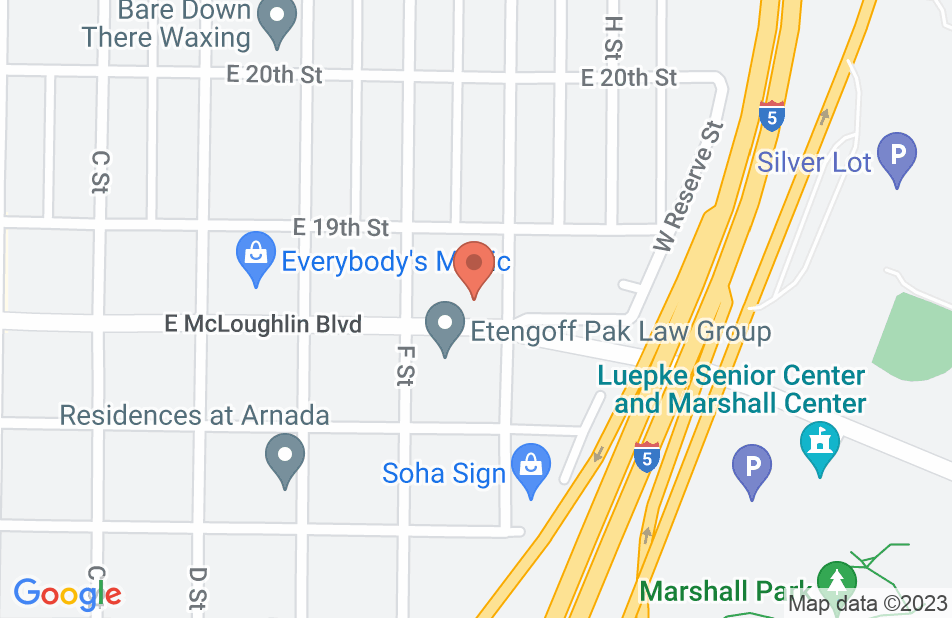 I was impressed by Beau and the experience he offered my friend in her injury crash. The entire staff at Beau Harlan Law Firm was professional and followed through before/during/and after the trial. Anybody injured in a car accident should hire Beau Harlan if they can. My friend was rewarded over 160k more than the original settlement offered. Beau and his team fought hard for her case, and what was rightfully owed to her. Whenever going through trauma in life, it is nice to have somebody in your court who is well prepared, and has your back. Beau is that guy.
This review is from a person who hired this attorney.
Hired attorney

I hired The Harlan Law Firm to handle a matter where I was injured by a driver that ran a red light and t-boned my vehicle. Prior to trial the defendant’s insurance company offered to settle the case for $38,000.00. At Mr. Harlan’s direction we rejected the offer, went to trial, and the jury returned a verdict for $200,000.00. I strongly encourage anybody injured in a car accident to hire Beau Harlan for representation.
This review is from a person who hired this attorney.
Hired attorney
See all reviews

Beau has been a steadfast member of the bar for many years and provides excellent representation.

I endorse Beau. He is a highly skilled attorney that is well respected in the legal community.

I have known Beau Harlan for many years. I recommend him without reservation.

I endorse this lawyer. Bright, intelligent, articulate, and personable lawyer. Congratz on your most recent significant and substantial Personal Inury settlement! Excellent work

Beau Harlan is a fantastic lawyer. I would recommend him to anyone.

I endorse this lawyer. He does a great job for his clients.

I have had the pleasure of working with Beau as opposing counsel on many cases. He is a tough competitor who always puts up a great case for his clients. Beau is hard working, diligent and an asset to the SW Washington legal community. I endorse his work without hesitation.

I endorse this lawyer's work. Beau's focus and attention to detail in each case brings a quality of representation thats unmatched. If your looking for a proven litigator who consistently obtains outstanding results give Beau a call.