Charged With A Crime? Contacted By The Police? Injured In An Accident? Kent W. Underwood Can Help!

I am here to offer you excellent, aggresive and effective legal representation in your criminal defense, personal injury and other legal matters. I am a successful trial lawyer and negotiator.

In 1987 I received a scholarship to Study Mandarin and eastern philosophy in Taipei, Taiwan.

In 1990 I received my B.A. in Philosophy and in Chinese Studies.

In 1994 I received an M.A. in Philosophy with an emphasis in epistemology, eastern philosophy and the study of religion.

In 1994 I entered law shcool and was an active participant in Moot Court program. In 1997 I recieved the Order of the Barristers award.

In 1996 I participated in the trial advocacy program sponsored by the Washington Defender Association.

In 1997 I graduated from Seattle University School of Law.

In 1998 I opened my office in Tacoma and began taking personal injury and criminal defense cases.

I have been an active participant in many organizations such as Americans United for the Separation of church and State, The Washington Association of Criminal Defense Lawyers where I am a co-chair of the rules committee working on eye-witness identification reform.

I am active in our legal system. I have made public comment,  submitted research and have made recommendations to the Washington State Bar Association, to both the Washington state House of Representatives and Senate on topics such as medical marijuana, booking photos, eye witness identification, and discovery rules all of which help protect the rights of the innocent and the rights of the accused.

I will vigorously defend your rights whether involved in an accident, injured or are accused of a crime! 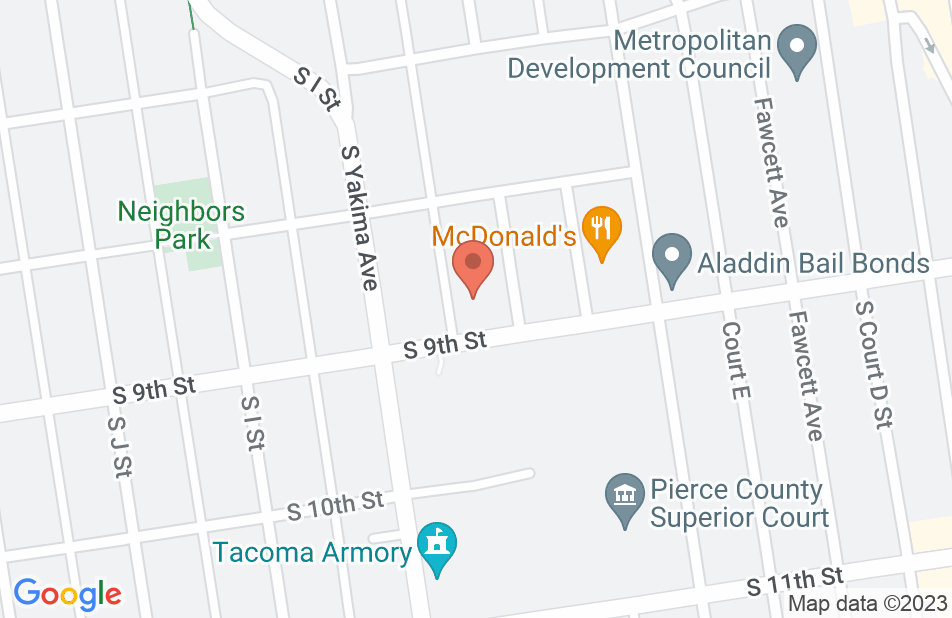 Pleasant experience in a tough situation

Working with Kent Underwood was a great experience despite the situation that made me need professional representation. He was concise and realistic with my options and we ultimately got what I wanted. I will be definitely referring all my family and friends to him!
This review is from a person who hired this attorney.
Hired attorney

It was an unexpected event that led us to search for an attorney. We hired Kent Underwood and were very happy with our decision. Mr. Underwood was professional and kind in every way. He took the time to explain the legal system to us in terms that we could understand. He provided options and explained potential results so that we felt that we were making educated decisions. We would certainly choose him again should the need arise.
This review is from a person who hired this attorney.
Hired attorney

Kent Underwood reached out to me (through another attorney who was involved in our case) after I, along with 5 other activists were arrested for non-violent direct action. We had chained ourselves to construction equipment at the Puget Sound Energy liquid fracked gas plant site in the port of Tacoma. We did the direct action as a last resort to stop the dangerous and polluting project from being built. We were arrested and charged with 2nd degree criminal trespass and obstruction of an officer. Kent volunteered to defend me pro bono, because he wanted to help people who were trying to protect the environment. I ultimately ended up accepting a stipulated order of continuance, because I just wasn't able to go through a jury trial at that point in my life. Kent helped me navigate the process and gave me really good advice throughout. He represented me at two pre trials. He's very professional, punctual and empathetic and I'm so grateful to have met him and had his assistance.
This review is from a person who hired this attorney.
Hired attorney

When I first went to Mr. Underwood I wasn't sure I could afford an attorney and I was already on probation with two other cases. I was both nervous and irritated (about the whole situation I was in). Kent assured me that I had a great case and it it be with hiring him. In my head I was thinking "yea I've heard this before and no attorney has helped me, other than getting a plea bargain". After a day of thinking and looking around I hired Mr. Underwood and honestly it was one of my best decisions. He not only was helpful along with his assistant, but he got my case dismissed without haveing to go to trial!! Most attorneys will sucker you out of money, but Kent Underwood is the best attorney I've ever had and worked with me better than any attorney I've ever had.
This review is from a person who hired this attorney.
Hired attorney

Kent was very professional and kept me informed through the whole process. He was easy to talk to and made things clear so I could understand them. I highly recommend him to anyone who needs a good lawyer he is one of the best.
This review is from a person who hired this attorney.
Hired attorney

I hired Mr. Underwood for my niece who had some legal issues related to her previous drug use several years ago. He was able to fully answer our questions and was able to show up for for a hearing the next morning, which was awesome. He listens, takes the time to explain things, but best of all, has a deep understanding of the criminal justice system, so the result from our hearing was dismissal of all charges. To have such a kind, knowledgable, honest and hard working attorney gave us a great deal of confidence as we went though the complicated and unknown legal system. Even though he was busy, Mr. Underwood waited to make sure the paperwork from the court was completed properly. This was fortunate, as there was an error which he was able to have corrected quickly. My niece and I are thankful to him as we realized it was important to get the best legal representation possible to minimize or eliminate criminal charges that would have affected her in terms of where she could live and work for many years in the future. I have worked with attorneys in my previous job and I did not find them to care as much about their clients, or as willing to work as hard as Mr. Underwood for the best possible outcome.
This review is from a person who hired this attorney.
Hired attorney

Kent underwood is a excellent and non judgmental lawyer and I highly recommend him. What I really liked was that he explained everything to me and made me think the process was much easier then it originally sounded, it helped me feel a lot less nervous during court having understood what exactly was going on. I ended up with a much more positive result then I expected, thanks to Mr. Underwood!
This review is from a person who hired this attorney.
Hired attorney

Mr. Underwood does not pull any punches. He is straight forward. He assisted my family with a very difficult situation. I am very impressed with his job. I highly recommend him if you need any type of representation. Janet , his assistant, is an amazing person as well. I will definitely use them again if needed.
This review is from a person who hired this attorney.
Hired attorney

Kent was instrumental in helping me after a car accident I was in that was no fault of my own. Him and his team helped me deal with all the insurance companies to reach a settlement that was fair. Kent and his team showed compassion and concern for my situation. They kept in contact with me through the entire process. It was a pleasure working with them. I would use him again in the future if needed.
This review is from a person who hired this attorney.
Hired attorney

Mr. Underwood, along with a miracle worker of an assistant, Janet, had my assault 4 conviction vacated for me. This has been a black cloud over me making life difficult to work as a nurse. He originally saved me from a felony assault, getting it reduced to an assault 4 with a one year dismissal. Now the whole ordeal is over and my life can really flourish! I can now become the nurse Ive always been destined to be! Thanks to Kent and Janet!
This review is from a person who hired this attorney.
Hired attorney
See all reviews

I endorse this lawyer. Mr. Underwood is a skilled and respected member of the legal community. He is a zealous advocate for the rights and interests of his clients.

I endorse Kent. He is a highly skilled attorney that is well respected in the legal community.

Mr. Underwood and I are members of Washington Association of Criminal Defense Lawyers. I have had the pleasure of dealing with Mr. Underwood through this organization and I can recommend him without reservation as an excellent and principled attorney.

Kent is an outstanding lawyer. He is known in the criminal defense community for his brief writing and analytical genius. Having personally watched Kent in trial, I can attest to his outstanding trial skills. If you need an attorney to go to the mat for you on a difficult or serious case, Kent is your guy. He is aggressive, brilliant, and passionate about criminal defense.

Mr. Underwood has the experience and skills to help you out of the bind you are in. I highly recommend him.

Kent is a strong advocate for his clients. I have practiced in the same courtrooms, firmly believe he will fight for his clients, and that he is a credit to the criminal defense community.

Kent is a tenacious and innovative litigator who achieves exceptional results for his clients.

Kent fights hard for his clients and advocates zealously for them. He is professional and also takes time to mentor up and coming attorneys. I highly recommend Kent Underwood.

Kent Underwood is a fearless figure in the criminal defense community. His genuine passion for protecting his clients' rights is obvious, and he does an excellent job of presenting novel defenses and strategies on tough cases that lesser attorneys might deem hopeless. I'm proud to work in a community with so many great attorneys like Kent.

Kent is a great attorney. He is tenacious, and thinks outside of the box. I enjoy working with him.

Kent and I have represented co-defendants on a number of cases. He is bright, well prepared, creative and tenacious. He is good natured and seems to love what he is doing. He has all the attributes you should be looking for in a lawyer. I would hire him if I ever got in trouble.