Ms. McCallum interned as a Rule 9 with the Snohomish County Prosecuting Attorney’s Office where she appeared as the prosecutor on civil traffic infractions calendars in all four of the District Courts in Snohomish County. There, she successfully argued misdemeanor criminal motions in Everett District Court as well as South District Court. She also gained valuable experience, taking two gross misdemeanor cases to trial. Ms. McCallum also worked as a Rule 9 attorney at Zachor and Thomas, a firm that provides contract prosecution services to nine cities in Snohomish County. After becoming an attorney, Ms. McCallum worked as an associate at Skantze Law, PLLC and Jay Carey Law Offices. In 2020, she opened her own law office - Solutions Legal Group, PLLC.

Moreover, Ms. McCallum is in her 6th year of practice and is a familiar face in Snohomish County Courts. She has earned a positive reputation with the Commissioners, Judges, and court staff as a result of her many years appearing as a friend of the court and as a practicing attorney.

In her spare time, Ms. McCallum enjoys cooking and listening to opera. She has experience as a costume designer for local theatre, including Edmonds Community College and the Driftwood Players. She has appeared in Lawyers for Lawyers Production of Judgment at Nuremburg. She enjoys spending time at the beach with her dog and watching movies with her husband and his son. Ms. McCallum is an avid football fan, both college and pro. She also has a love for the arts and is a published poet.

A member of the Washington State Bar Association and the Snohomish County Bar Association, Ms. McCallum’s law practice emphasizes Family Law matters and misdemeanors, gross misdemeanors, and civil traffic defense. Additionally, Ms. McCallum prevailed on a Division One Washington State Court of Appeals case involving a complex family law matter. Ms. McCallum was one of the attorneys who represented members of the Delta 5, protest group who were charged with criminal trespass and delay of train, invoking the novel defense of necessity, in a 5 day highly publicized trial out of Everett District Court.
Ms. McCallum is empathic to her client’s needs and understands how to assist her clients through their cases. She is the voice for the client and recognizing the client is perhaps at the most difficult time of their life. Moreover, she is skilled at helping clients navigate the legal process. While Ms. McCallum is skilled at trial, she is also an advocate and understands the importance of mediation and that not all cases are best resolved at trial.

Ms. McCallum is currently accepting consults for family law cases of all types (including appeals), criminal cases including juvenile, and a variety of civil litigation matters. 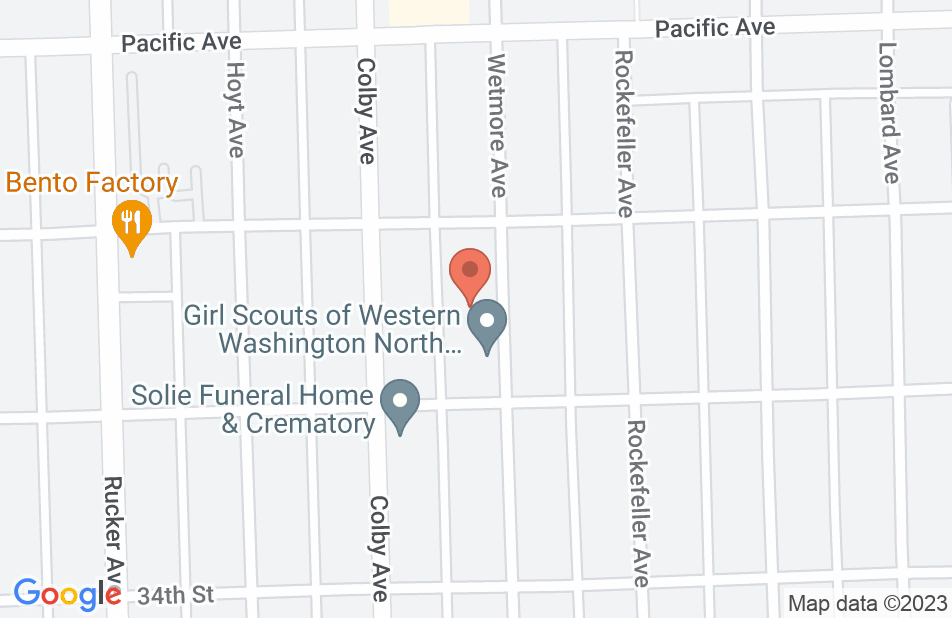 I hired MJ in 2017 to help with my family law matter. I am the father of the child and my ex wanted me to have no involvement in our son's life. MJ was as compassionate as she was competent. MJ is brilliant, fast thinking, logical, knowledgeable, skilled at writing and communications, and knows how to give reality checks when needed. At times my position was unreasonable and MJ was able to politely explain to me and help me see why. In the courtroom she is highly skilled at speaking in front of a Judge or Commissioner and will not disappoint! I have more visitation than most fathers do that I have spoke with. This is all thanks to MJ's persistent passionate representation!
This review is from a person who hired this attorney.
Hired attorney

I needed a quick resolution to a minor criminal matter and MJ was knowledgeable, committed to helping me, and pursued all available options to come up with the right one for me. She did all the work efficiently and the results were great for me. I appreciated her honesty, knowledge and attention to my matter and I highly recommend her.
This review is from a person who hired this attorney.
Hired attorney

Search no further, you have found a true, honest, lawyer with integrity

MJ is simply amazing her staff is great, the best lawyers you could ever ask for. I had a horrible Attorney Jack B, MJ showed up at the last hearing with my previous attorney just to see what was going on and then she helped me more than I ever thought possible. My divorce and custody battle has been a complicated and a long one. My previous lawyer had been incompetent, but MJ exceeded my expectations. Not only is she a great lawyer but they have taken my case as if it were their own and have never left my side, even during holidays, weekends and weeknights… at anytime, they were always available. They have even gone out of their way to check on me and make sure I was alright. I don’t have words to thank them enough for everything they have done. I am extremely grateful for MJ. Be sure, that with MJ by your side, you have nothing to fear. She is knowledgeable and am amazing lawyer. She fought to great extent for me and my child and there are just no words to thank her enough for this. She never gave me the answers I wanted to hear, she simply shot from the hip and made sure I didn't lose this case. This is one who provides continuity and stands by you in your darkest hour no matter what the opposing side says or fabricates. HIRE NO OTHER!! She's simply the best.

Can I just say MJ is amazing. I came to her with a soup sandwich and she was more that the person who sorted out the mess, My husband left me after 16 years, me putting him through school and moving from Florida. MJ was so professional and straight forward no BS. There are lawyers then there are people MJ is a people person and can give you advise you don't want to take but know you should. She shoots straight from the hip and you would be lucky if she takes your case. She is amazing!!!! And she is real that's the best!!

Went all the way to Trial. MJ lined up all the witnesses, did trial prep, was communicative, answered all my questions. I felt comfortable with her and she exceeded my expectations. I would strongly recommend this lawyer for anyone who needs help.

I endorse this lawyer. MJ is passionate and hardworking. She puts her clients first and dedicates herself to achieve the best results. She is an excellent lawyer and truly a fighter.

Robert Goldsmith, Criminal defense Attorney on May 2, 2016
Relationship: Worked together on matter

MJ is a committed, bright and creative lawyer. She will defend her clients to the nth degree. I heartily endorse her.

I endorse this lawyer. MJ is an exceptionally gifted communicator and writer. She works hard to understand each of her client's objectives and underlying interests and is willing to spend the time to discuss the options when devising a plan for and with the client. She is a strong advocate for her clients with uncompromising ethics and a love of the courtroom. Her skills transfer well to negotiating solutions on behalf of her client because she is well-reasoned, prepared, and practical.

MJ McCallum is an excellent attorney, and was a pleasure to work with on a criminal defense case. She is skilled and confident in the courtroom, and did fantastic pretrial motion work- essentially saving the day for our clients. I strongly recommend her as a criminal defense lawyer!

I endorse MJ. She is an extremely knowledgeable and highly efficient attorney. This is who I call when I have questions about family law. I recommend everyone else to do the same.

MJ is an amazing attorney and a wonderful person. She is not afraid of hard work and it shows in her cases. Her clients enjoy having an advocate that represents his/her needs but other attorneys can enjoy that MJ is diligent but reasonable in getting to a happy resolution. MJ is trustworthy and compassionate. She will be an amazing family law attorney for any client that hires her and a great opposing counsel to work with in getting to a peaceful ending.

I endorse this lawyer. Since law school, Mary Joyce always showed true passion for the law. She is very intelligent and professional. I highly recommend her services to anyone who is looking for a highly competent attorney.

MJ is a lawyer I would trust with my life and reputation. She is the first attorney I would go to if I ever needed representation myself, and the first person I would refer a family, friend, or client to. She is a strong yet compassionate advocate, giving each and every one of her clients the personal attention and skilled legal representation they deserve. Dedicated, trustworthy, and honest are three words that describe her, She is the best of the best in the legal community. .

Mary Joyce is an excellent negotiator and litigator. I will completely trust her to handle my divorce if and when I ever get one.

I emphatically endorse Ms. McCallum and her work. Ms. McCallum is a caring, skilled, and tireless advocate for her clients. She has a strong command of the law and is able to effectively communicate her client's positions to the court and to opposing parties. I have always admired her genuine and thoughtful advocacy, and because of this, I am happy to endorse Ms. McCallum.