I provide competent, compassionate representation to my clients. Law school and my personal experiences with family law give me deep insights into how a practice can help people. I am dedicated to providing competent representation, tailored to an individual’s specific needs. I am here to help people and families through extremely difficult times. 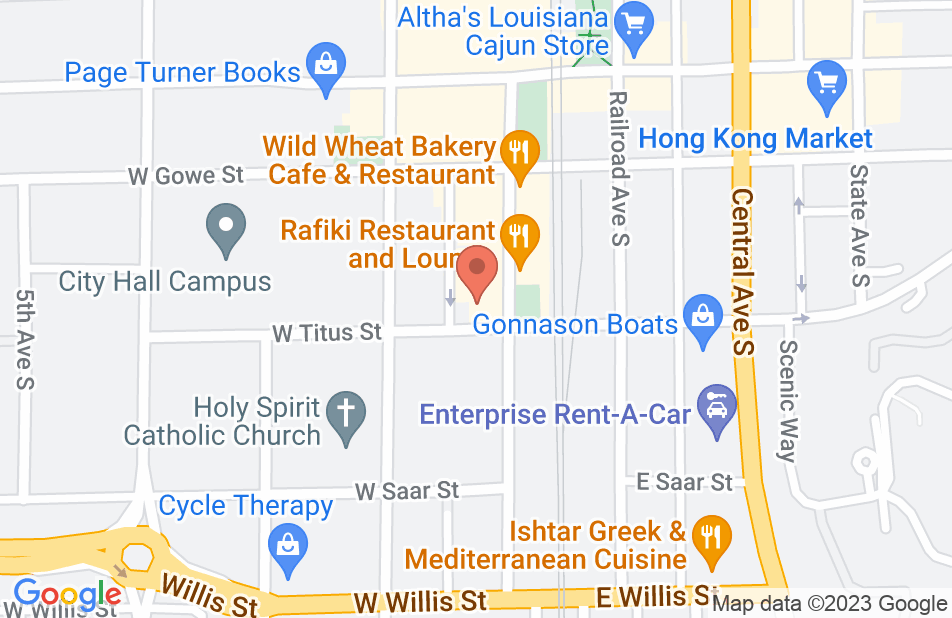 Kiona represented me in a landlord/tenant dispute in late 2017. She went above & beyond & I won my case. She is amazing & will retain her again if needed!
This review is from a person who hired this attorney.
Hired attorney
Kiona Gallup's response: Hi Shatrice: Thank you for the kind words. It was a pleasure to work with you! I hope all is well and you and your family are staying safe during these difficult times.

I was scared to hire an attorney because I didn't want to play games, but I was incredibly lucky to find Kiona. She's not an intimidating lawyer type, she's a real person who knows her stuff and makes me feel completely comfortable and confident. She's more like a friend that has your back. She fought for me and my kids. She is passionate about justice and doing the right thing. I felt that she really cares about her clients and supports them.
This review is from a person who hired this attorney.
Hired attorney
Kiona Gallup's response: You and your family matter. You all deserved to be heard and I am fortunate to have the opportunity to work with you. Thank you for your kind review. Stay safe!

When I really really needed a lawyer and had been looking around for weeks and kept being turned down because I'm a single mom and don't have thousands to put down on a lawyer Kiona was there for me. She let me set up a payment plan that worked for me and set up a retainer fee that I could actually afford! She walked me carefully and respectfully through the whole paperwork process and court process with ease. During our many month working together she was always a phone call away and always there when I needed her to answer all of my millions of questions. But most of all she is kind, giving, dedicated, Determined, respectful, and a extremely hard worker and over achiever. Everything you could and would ever want in an attorney. She walked me through my case step by step and helped me turn everything around in my favor and got me everything I asked for and soooo much more I thought was impossible to even get. I am so happy that I stumbled across that lawyers office number and she up and seen me that day. I couldn't have asked for a better attorney. I'm serious, if you are looking for a great family law attorney or any other services she provides you can not go wrong with hiring Kiona you definitely want her on your side.
This review is from a person who hired this attorney.
Hired attorney
Kiona Gallup's response: Thank you for the kind words, Sophia. It has been absolute pleasure working with and for you. You and your family mean a lot to me. I have been honored to work with you.

Kiona is the only lawyer I trust in Washington State

I have worked with Kiona for years. She is quick to see the problem and swift to finding resolve with the least amount of conflict. Her cost effective approach towards all of her clients is outstanding. I have worked with multiple attornies in the past, all of which have failed me. Kiona is the only lawyer who I trust to do what is right, not what is easiest. She is strong, direct, insightful, precise, and dedicated. I will forever appreciate having her as my lawyer and will trust no one else but her to handle all my family dealings. Forever grateful to her.
This review is from a person who hired this attorney.
Hired attorney
Kiona Gallup's response: Thank you, Melissa. It has been a pleasure working with you, both prior to law school and following licensing. I look forward to being here whenever you need assistance. -Kiona

Kiona and I connected through the company she used to work with, and she gave me the option to continue to work with her when she left that company and started her own - I agreed. Kiona never sent me an agreement for the arrangement and during mediation revealed to the mediator that she was working Pro Bono for me. I never received this via writing either. During mediation, I felt that Kiona rushed me along to make decisions I was concerned weren't realistic, without advocating for my stance. Following mediation, I found several substantial errors in the orders that were sent over from the other party, despite signed and agreed orders in mediation, which needed to be fixed prior to an agreed order, which Kiona had overlooked. This is when Kiona became difficult to reach. Even once a decision had been reached and the orders were finalized, I was not notified, not given the signed order, nor able to connect with Kiona; this, despite Kiona never serving a notice of intent to withdraw. Many months later and out of the blue, Kiona emailed me the final signed order, an invoice (despite no written agreement and pro bono statement), and notification that she had dismissed herself from my case. I tried to contact Kiona by email and phone to resolve the matter of the invoice, however, my emails were returned undeliverable and Kiona's phone is disconnected. The last I heard from her was another invoice for a service I was told would be Pro Bono. At the end of the day, while Kiona showed up for representation, she was of little to no benefit to me by ignoring concerns I raised in my legal matter, was unresponsive when I needed to reach her, showed no follow-through, and overall unprofessional.
This review is from a person who hired this attorney.
Hired attorney

I met Kiona in an incubator program that supported the development of our law firms. Kiona is an excellent attorney and a compassionate advocate for her clients. I would recommend Kiona to anyone with a family law issue.

I often consult with Kiona and she is always competent, compassionate, and giving. My most trusted colleagues and I have all found her to be refreshingly practical and down to earth.

Kiona is an exceptional family law attorney. I’ve had the pleasure of mentoring and working with Kiona. I love hearing her opposing opinion on cases. Her lawyering skills and ethics far exceed her years and those I’ve experienced from other attorneys. Kiona works tirelessly for her clients and focuses on her clients well-being and interests. She is a bright, compassionate and caring attorney. It’s amazing to watch her work!

Kiona is very knowledgeable about family law matters. She fights hard for each of her clients and works tirelessly for each one of them.

I was recently in court and watched as Kiona was able to resolve a short-notice emergency family law matter that required her to appear with minimal notice and preparation. I was extremely impressed with her ability to adapt and confidently argue for a positive outcome for her client. I highly recommend reaching out to Kiona if you have a family law matter!

Kiona is a great attorney and potential clients should definitely consider her. Many attorneys have problems returning phone calls or answering a clients questions, but you will not have these issues when you hire Kiona. She is rapid to respond, and cares very much that her clients UNDERSTAND what is going on with their case. I very much endorse this attorney.