Representing injured victims and their families throughout the State of Washington since 2002. 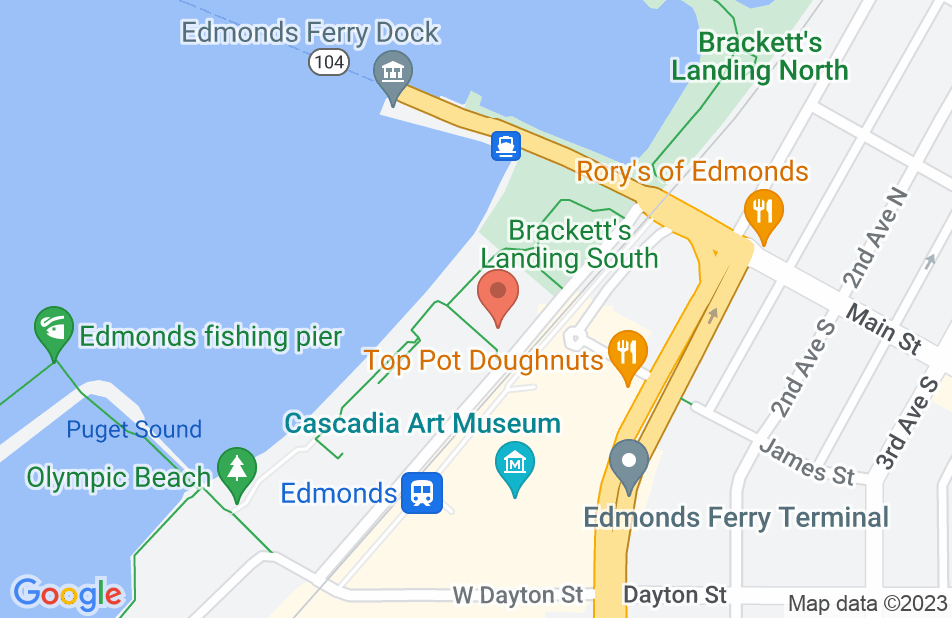 Scott is an amazing compassionate lawyer. He did all the heavy lifting in my situation, which I needed because I have a hectic life. He was true to his word from day one and I recommend him all the time. He asked my input for important things (I've dealt with other lawyers who werent so considerate) and we absolutely got the outcome we had hoped for.
This review is from a person who hired this attorney.
Hired attorney

A Man of Integrity

I am extremely glad I hired Scott for my personal injury case. What was obvious and impressive from our initial meeting was his friendliness, his courtesy, his sense of humor and his ability to really listen. Having been in a frightening auto accident, I was feeling vulnerable, and he put me right at ease. He answered all my questions with patience, and was extremely personable. As the months went by, Scott always kept me apprised of the progress of the case. Any time I contacted him with questions or concerns, he responded to me promptly and politely. When it came time for the settlement negotiations, Scott explained his thinking regarding our steps forward, and gave me options to consider. Having the benefit of his sage advice helped me make the right decisions as we moved ahead. Scott achieved a reasonable, realistic and satisfying settlement for me. I would absolutely recommend Scott to anyone who suffers from a personal injury and needs an attorney who is kind and personable, smart, extremely knowledgeable in his field, and willing to fight for what is right for his clients.
This review is from a person who hired this attorney.
Hired attorney

We consulted Scott regarding automobile liability laws. Scott was very detailed in explaining the law, with a calm, level-headed, and patient manner. We highly recommend Scott Carness, and will definitely seek his legal advice in the future if we need a personal injury attorney.
This review is from a potential client who consulted with this attorney.
Consulted attorney

I have been rear-ended two times, both by uninsured motorists. The first time, Scott represented me against my own insurance company that ended in a trial. He was professional, poised and confident and I was grateful for his help. The second time, Kendra represented me and completed all of the details, making it easy for me to focus on healing. I appreciate them both tremendously and recommend them to anyone who might possibly need their expertise.
This review is from a person who hired this attorney.
Hired attorney

Our accident occurred at a fire station. We would have preferred to not involve lawyers, because who wants to do anything that would take resources away from your cities fire fighters. It turns out that paying large doctor bills is not part of insurance companies business model. Our health insurance company didn't want to pay. The fire departments insurance company offered us a small percentage of the hospital bill if we signed a document we did not understand. We interviewed a number of attorneys and Scott was by far the most organized, personable, and helpful. Most importantly we felt that he would handle our case with integrity, which was important to us because this was a fire dept. We couldn't be happier with the outcome. Scott always put our health at the highest priority. When a decision had to be made that favored our health vs. making our case stronger he always counseled us to do what was best for our health. I feel a less scrupulous attorney may have pressured us to do things that would make the case stronger. For us health was more important than a big pay out. Since our case was settled I have asked Scott for advice on other matters and he has been helpful. In my opinion Scott understands and values relationships. From what I can tell Scott is a respected attorney among his peers and expert witnesses. Throughout the settlement process whenever we worked with others I could tell Scott was well respected. I hope this helps.
This review is from a person who hired this attorney.
Hired attorney

This is the first time that I’ve ever worked with Scott, and I couldn’t be more pleased, he was genuine and sincere and cared about mine and my wife’s health and care. I would highly recommend working with Scott and would go to him in the future as well.
This review is from a person who hired this attorney.
Hired attorney

Right from the start, Scott made us feel totally at ease. We are so glad that we found him! Scott has a knack for detail, is highly communicative, incredibly respectful and empathetic. Scott is genuinely a good and honest man. We will absolutely hire him again should the need arise and recommend him to family and friends. Scott is the BEST!
This review is from a person who hired this attorney.
Hired attorney

Between 2015-2017, Scott Carness was my attorney in a personal injury lawsuit against a major, international company. It was truly a "David and Goliath" type of suit. He agreed to take my case after several lawyers I approached had declined as it was a "Trip and Fall" situation and perhaps they didn't want to be bothered or felt I didn't have a chance of winning. One of those lawyers recommended him to me and I'm so glad he did as we won the suit and settled out of court for a very handsome amount! All along, Scott was professional, methodical and caring. He'd call me during my recovery process, concerned about my well being and explained the process every step of the way so that I could easily understand it. He gave me very good advice and I trusted him completely. He hired a local expert in trip and fall cases, who agreed that it wasn't entirely my fault and thoroughly explained why in a detailed report. I had never undergone a deposition before and Scott's advice was invaluable. He simply said to "Tell the truth, don't talk to the camera, and never answer questions you don't understand." He also said, among many other words of advice, not to guess and if I didn't know the answer to tell them that. It was comforting to have him there at the deposition and to know we could take breaks and I could ask him questions. Scott is well known in the legal community and was even acquainted with the defendant's attorney and the mediator. This proved very helpful in the process as he was aware of their personalities and reputations. I believe that mediating the case, rather than going to court was in my best interest, even though Scott was very willing to do so. I highly recommend Scott Carness, with no reservations, to anyone contemplating a personal injury attorney.
This review is from a person who hired this attorney.
Hired attorney

Working with Scott was the best decision I made. He explaines everything in plain English and does his job in a very professional way. I was able to let go of that part of the accident and not stress over contacting the insurance company and having to deal with phone calls throughout the case. I am very happy with my results and would refer him to anyone that needs a lawyer after a car accident. Thanks Scott
This review is from a person who hired this attorney.
Hired attorney

I hired Scott for an auto collision injury. He took care of everything and kept me informed every step of the way. I would most definitely hire him again should I require his expertise.
This review is from a person who hired this attorney.
Hired attorney
See all reviews

Scott and I have worked together on several personal injury matters and I also refer cases to Scott with absolute confidence. I am continually impressed by Scott's breadth of knowledge and with his consistent ability to take on tough cases and win excellent results. David Crump

Scott has unmatched judgment and the ability to move his cases in the right direction even in difficult situations. His vision, coupled with his legal skill and analytical prowess, gets results. I would recommend him to anyone.

Scott is an experienced and knowledgeable attorney. He is dedicated to his clients and committed to serving the interests of justice. I gladly endorse this lawyer!

I endorse this lawyer. Scott Carness has represented injured victims and their families throughout the State of Washington for over ten years. Scott is extremely knowledge in the field of personal injury and knows how to deal with complex issues that arise both inside and out of the courtroom. It is Scott's commitment to his clients, however, that set him above other personal injury practitioners. He is meticulous and works diligently to make sure that each client he represents gets the best result possible.

Scott Carness represents the best qualities of a legal professional. His commitment to pursuing meaningful results for his clients, while also providing mentorship and guidance to the legal community demonstrates his passion for high-caliber legal representation.

Scott Carness is your BEST option for legal services in the Edmonds/Everett area. He is dedicated to his clients, and personally provides individualized service to each client. If you are looking for an attorney who will get you successful results AND keep you updated on the status of your case, Scott is the man to call.

Scott is a great lawyer. He offers personal service and a compassionate demeanor to his clients.

Scott knows his stuff. While I was working as defense counsel, I had multiple cases with Scott. He was always extremely professional, hard-working and a tough litigator. I respect Scott's work; simply put, he is a great lawyer.

Scott has a breadth of experience that few attorneys in personal injury can claim. He worked for insurance companies before, so he knows how to present his clients' claims to them in order to get them full compensation. I endorse him without reservation.

I have consulted with Scott on various matters and found him to be well prepared on issues facing attorneys. He is also a nice guy.

Scott's drive and passion in the law is evident in every representation of his clients. He fights hard to get the best possible outcome for each case. I have had the privilege to work with Scott on the WSAJ Board and Committees and think he is an amazing leader in the legal community.

I endorse this lawyer's work. Scott and I go way back to college days. This is a great and knowledgeable lawyer who is very active in the legal community. He is involved with the plaintiff's bar and knows the subjecft matter of civil litigation very well. I would highly recommend him as your attorney on any type of case you feel you would need help on.

Scott Carness is an excellent lawyer, and I would recommend him to anyone needing help with personal injury matters.