By understanding the financial systems behind the loans, servicers, and debt collectors, I am better able to provide individuals, families, and small business owners with a comprehensive set of strategic legal options whatever the problems they are facing. I not only want to help my clients obtain relief, but I want to affirmatively assert consumer rights to give my clients every advantage going forward so they feel empowered to achieve future financial goals.

My ten years of experience in the bankruptcy field includes strategic tools to assist consumers and small business owners in working towards their financial goals. I do not represent banks or debt collectors.

I also assist with: 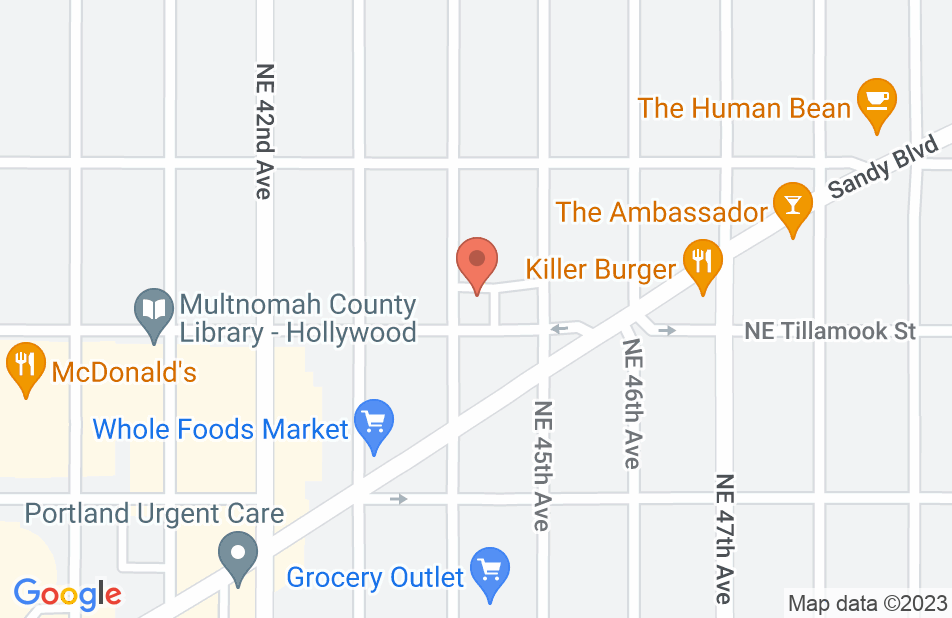 Many years ago I co-signed for a student loan. 2 years ago I began getting calls and emails from a company claiming to own the paper on the loan and even filing in the court to hopefully achieve a summary judgement against me. Rather than stick my head in the sand (as many people do), I went looking for counsel. The first two “companies” I spoke with were as bad as the collection company itself and wanted huge upfront fees that I could not afford. Somehow in one of my searches online I happened on Chris and reached out to him with only days to spare before my scheduled court appearance. We had a long phone consultation and he agreed to help me. Chris calmed me down and put my initial fears to rest. He was able to wade through the ins and outs of this particular “student loan” and get it settled fairly and quickly. I am not able to discuss particulars, but I am one happy client. I heartily recommend Chris Mertens.
This review is from a person who hired this attorney.
Hired attorney

Honest, Hardworking, and Knowledgeable - Chris Saved Us When We Were Sued by a Private Student Lender

After being served papers by the Sherrif's Department, for a loan that I had forgot even existed, Chris guided us through a very difficult time, and in the end, won our lawsuit. Although we live several hours apart, Mr. Mertens established strong communication with me via email, phone, and text. He proved to be a very detail oriented person, and was able to communicate very clearly with me about what was happening with our case. The case first went to arbitration, at which time Chris drove to my hometown to meet with me and talk in person. I was very impressed by the level of attention he was giving my case, but then again, it was my first lawsuit, and I wasn't sure how much attention I should be getting. However, it became clear to me that Chris was going way above and beyond for me and my family, when he told me that he needed me to send a document to him that day because his wife was going into labor with their child. I was so grateful at that moment to have him on my side. During arbitration, the judge ruled against me without really considering what Mr. Mertens had reported. After the decision, he gave me some options as far as the next step. One of the options was to keep fighting. I was scared, but Chris told me he was confident, and I am so glad that I trusted him! Mr. Mertens submitted the appeal to the court ( I think that is what it is called) and the evidence was included. The judge ruled in my favor this time, stating that the statute of limitations was in effect, as well as other stuff that I don't really remember. In the end, Mr. Merten's hard-work, attention to detail, and immense knowledge of the law had prevailed. I wholeheartedly recommend Chris Mertens to anyone seeking a lawyer to help fight student loan companies. He will work tirelessly for you, and be honest about the outlook.
This review is from a person who hired this attorney.
Hired attorney

My wife and I met with Chris to discuss our private and federal student loan balances and the options and strategies we have. From the moment we first emailed Chris was responsive, helpful, and courteous. He was thorough and organized in detailing the financial information he wanted to collect from us to help us understand our go-forward options. We arrived at our initial consultation and Chris was prepared with detailed notes and it was clear he completely read through the information we provided. During the consultation Chris walked us through our options for each loan and gave us many useful tools to craft our plan. After the consultation Chris followed-up with a detail email reviewing what we discussed, a valuable tool we will refer to along our journey to financial freedom.
This review is from a potential client who consulted with this attorney.
Consulted attorney

Christopher Mertens helped me with my student loan with which I have been fighting a losing battle for over 20 years Contacting him for help was the best decision I could have made I finally feel in control of the situation and see light at the end of the tunnel thanks to him I found him to be very knowledgeable, professional, always quick to respond and I learned a great deal from him in this process. I feel that he really went above and beyond to help me. The results of his work with my student loan are saving me over 14,000.00 this year alone. I was able to feel confident in how to handle things and I have hope for a resolution for the first time in over20 years. It’s s great feeling and I am grateful for his help. I would highly recommend Christopher Mertens.
This review is from a person who hired this attorney.
Hired attorney

After some worrying about what to do about my student loan debt, which had gone to collection, I knew I didn't want to deal with them alone. After consulting with Chris he provided a plan to resolve default status and file an Income Based Repayment with a new loan. Chris clearly understands the ins and outs of Student Loans and he made this a stress free process. He was worth every (affordable) penny.
This review is from a person who hired this attorney.
Hired attorney

When I came to see Chris, I was terrified. I had spoken to many other attorneys, and was sure I had no options. He calmed me down, and explained worse case scenario and the best we could expect. He never promised things he couldn't deliver. I will be forever grateful to him. I'm sure some days he wished I had walked right past his office, but he didn't let me down. During these times in your life, you need someone who is right there with you and actually cares about the outcome.
This review is from a person who hired this attorney.
Hired attorney

I came to Mr. Mertens when I found out he was the ONLY attorney in the Portland metro who specializes in student loan debt management. He was very helpful and explained to me very clearly how to navigate through my student loan situation. As we worked through the case, Christopher did a great job assuring me that we were on the right track and kept me up to date to help me feel confident in how things were proceeding. He is a very calm and easy-going person and his demeanor is very complimentary to his specialty of law - considering how emotional and disheartening dealing with debt can be. Mr. Mertens was a pleasure to work with and I have already recommended him to friends and colleagues.
This review is from a person who hired this attorney.
Hired attorney

My Private and Federal Loan payments were starting to cause be a great deal of stress. After meeting with Christopher he gave me great advice, which I followed and now my financial situation is much better. I would recommend him to anyone, anytime.
This review is from a person who hired this attorney.
Hired attorney

Mr. Mertens is an extremely effective and consciousness attorney. He addressed my situation with great transparency and made recommendations that were not obvious to me and were well-matched to my goals. Absolutely would recommend.
This review is from a potential client who consulted with this attorney.
Consulted attorney

Great guy that does great work

I had a great experience with Chris. He was knowledgeable, and very helpful with my case. I had not paid my student loans in 8 years and he got me back in good standing and making my monthly payments like I should of. This is something I should of taken care of myself years ago but thankfully I had Chris to help me with my case and I truly don't know what I would of done without him
This review is from a person who hired this attorney.
Hired attorney
See all reviews

Chris Mertens provides considerate and thoughtful representation to his clients, which in the field of consumer law is invaluable. He knows consumer protection laws, bankruptcy law, as well as student loan debt. With his extensive knowledge, he can provide you with a plan that is custom fit to your needs. I highly recommend this attorney as he is dedicated to helping all and is generous with his wisdom.

Christopher is a bright, determined attorney who works great as a team player and always is offering to help others. I am pleased to work together with Christopher and know that he is a positive influence to the Oregon Bar.

Karen Nashiwa, Real estate Attorney on May 31, 2016
Relationship: Worked together on matter

Chris is my go-to expert on bankruptcy and consumer issues. He's helped me with cases involving these issues and I've always been grateful for his knowledge, calm demeanor, and pleasant personality. I've recommended Chris to clients who've also enjoyed working with him.

Chris is an outstanding advocate for debtor rights who knows how to solve difficult debt problems. His knowledge of resources for eliminating student loan debts is particularly valuable for those who are burdened with large student loans while they try to find success in their young careers and start families. I highly recommend Chris to anyone who has personal or business debt problems that are preventing them from finding success and enjoying life.

Christopher knows what he is doing when it comes to the law. Specifically for bankruptcy and creditor/debtor issues he has tremendous experience. I fully endorse this lawyer.

Chris is a very compassionate, intelligent attorney. I endorse this lawyer.