Tiffany helps her clients navigate through the difficult emotional, financial and social changes that surface in complicated interpersonal relationships. She provides practical guidance and thoughtful solutions to minimize and resolve disputes. Working with compassion and understanding during all phases of a family law case, she focuses on a common sense application of the law. She strives to provide personal and practical solutions to challenging legal problems. Tiffany received her Bachelor of Science and Juris Doctor from the University of Idaho. She is admitted to practice law in Oregon, Washington and Idaho.
When not helping her clients with practical, compassionate solutions to their family law issues, Tiffany loves spending time with her family and friends. She also enjoys cooking, snowboarding, Chicago Bears football and soccer, whether she's on the field herself or watching others. She appreciates the benefits that come with living in the Pacific Northwest. 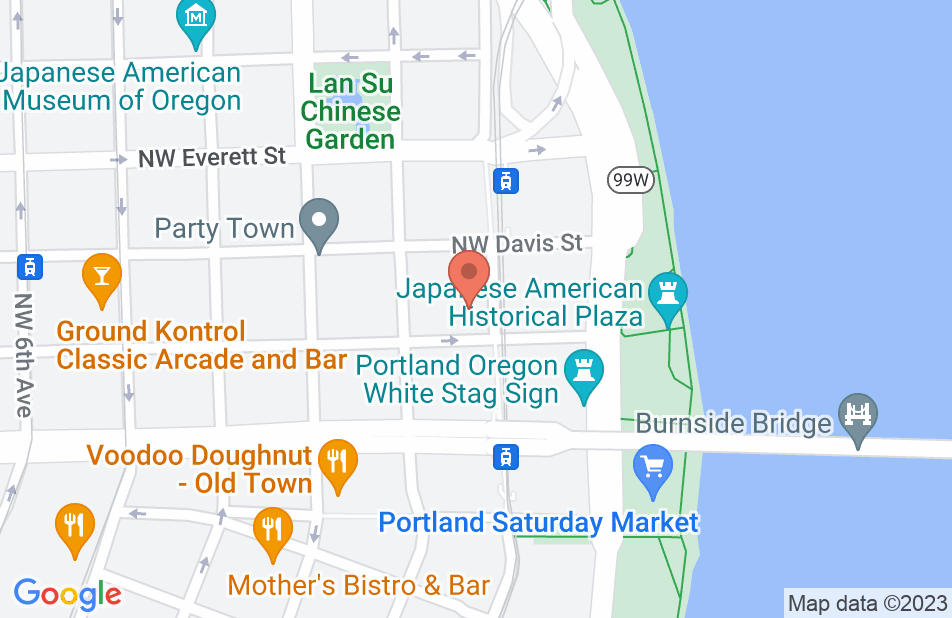 Amazing to work with - highly recommended

I hired Gevurtz Menashe on recommendation from a friend. Originally the attorney I was recommended to was unavailable which turned out to be a blessing in disguise as that put me on the path to work with Tiffany J. She was amazing. She was prompt in her replies (sometimes after hours or on weekends if she knew it was urgent). My case involved some time sensitive documents and she always gave accurate estimates on time and pricing. She was very transparent with her rates and was flexible working within my budget. If I had any legal issues in Portland area I would highly recommend Tiffany to anyone who asks. Very happy with the service and all the members of Tiffany's team that contacted me during my time working with her.
This review is from a person who hired this attorney.
Hired attorney

After seeing how well Miss Jensen handled my girlfriend's divorce, I decided to retain her services for mine. Tiffany knew exactly how to handle my complicated divorce, and kept me in the loop through the entire process. My girlfriend is now my wife, and we'll both be forever grateful for how easy she made it for us to get our cases resolved. Thanks, Tiffany!

Enlisting Tiffany's help in gaining custody of my children was a smart move. She was always responsive, professional and took the time to explain ‘things’ along the way. Fortunately we did not need to go trial, but having her in my corner gave me peace of mind, and that is invaluable!

Tiffany was great to work with, and I felt my matter was in expert hands. She responded to my concerns with promptness and kindness.

Getting the divorce is such a difficult situation in everyone's life, but I had the opportunity to meet Miss Jensen. From the moment that I saw her face, hear her warm voice and I shook her hand I knew that I met the right person. Her professional attitude combined with her encouragement made me feel secure and positive. I felt that I met not only the right lawyer but I met a true friend! This is what I needed! She kept me informed at all time, she helped me understand everything that is going on and I received all my correspondence on time . She was for me not only a lawyer but a beautiful human being! Thank you, from all my heart, for everything!

I chose Tiffany after interviewing several attorneys. My goal was to prevent my ex from moving my kids out of state. My previous attorney recommended a colleague that specializes in relocation, but unfortunately I didn't take his advise and chose Tiffany based on a family members opinion of her firm. Tiffany estimated I should budget $5K for the process. I quickly realized she didn't seem to have a clear idea of the steps that should be taken. There were countless phone calls, meetings and requests for information, all of which I was billed for. She recommended hiring expensive consultants which I did not consider to be a good use of my money. Ultimately I paid her and extra $3K and got almost zero result. My ex moved anyway without my permission. I hired another attorney at that point to enforce the tentative agreement we had reached. He immediately pointed out numerous errors that had been made in my case. The biggest one was a filing that should have been made immediately that would have prohibited my ex from moving until the matter was resolved. I am very disappointed in the results I received, especially in light of what I was charged. I definitely do not recommend TIffany as a family lawyer.
This review is from a person who hired this attorney.
Hired attorney

I left a glowing review for Tiffany Jensen last October, but unfortunately I wrote my review too soon. After the divorce was over it came to my attention that Ms. Jensen had made several mistakes that in the end, I had to pay for....and,she has kept the remaining (unused) funds from my account. When I first learned of the mistakes Ms. Jensen hand made, I immediately contacted her via email and asked her to help me sort them out. Unfortunately, I heard nothing. Eventually, (after several weeks and additional emails reaching out to her,) I finally had a brief, curt reply from her. And even then she basically blew me off. She made excuses about how busy she was, telling me she would "get back" to me when the case she was working on was over. Unfortunately, Two months later I still had no response from her, so sent her a formal letter of complaint, asking for a prompt response. Sadly, weeks have gone by since then and I still have not heard anything at all from her. I am deeply disappointed, and feel that her lack of response is not only unprofessional, but also disrespectful. Her mistakes ended up costing me thousands of dollars, and she has not even taken a few minutes to discuss it with me. This situation is truly unfortunate, and I was completely willing to believe it was just a mistake - but now I look back and wonder if she was even paying much attention to the details of my case. She certainly has not taken any responsibility for her mistakes - in fact she is ignoring both the mistakes and myself. I now feel that my only option for any recourse at all is to write this second review to warn prospective clients that this attorney may NOT have your best interests heart.
This review is from a person who hired this attorney.
Hired attorney

I have personally observed Ms. Jensen’s strong work ethic and unwavering advocacy on behalf of her clients. Ms. Jensen’s background provides her with the experience and skills necessary to address her clients' needs. A strong indicator of an attorney’s ability is whether his/her professional colleagues would entrust their personal affairs in the attorney’s hands. Not every attorney is capable of earning such respect and trust. I would trust Ms. Jensen to handle my case, and that is why I eagerly endorse this attorney.