You want the Judge to "get" your side of the story so that you have a good shot at a great result.  Your case needs to be presented clearly so that the Court can recognize the relief you should be granted.  While dealing with your stressful legal issues I enjoy the story telling aspect of practicing the law.  There often are  complex legal rules that will control the outcome in your case, and you want the Judge to hear all the relevant facts that make up your case.  If you are not heard by the Court, even when you are totally in the right, the results will be poor.  You need to be heard so all the critical points in your case are given the weight you deserve.

I am a Certified Family Law Specialist, Certified by the California Board of Legal Specialization since April of 2011.  If you have a Family Law type story I will know what points you need to emphasize . I have many years of experience researching and litigating complex legal disputes over divorce, child support, spousal support, asset division and related issues frequently resulting in solutions to seemingly unfixable problems.  I have been practicing Law for over 19 years, and spoke at continuing legal education with National Business Institute since 2017.  You can tell me your story, and I will let you know my opinion of what you should be doing to make it better. 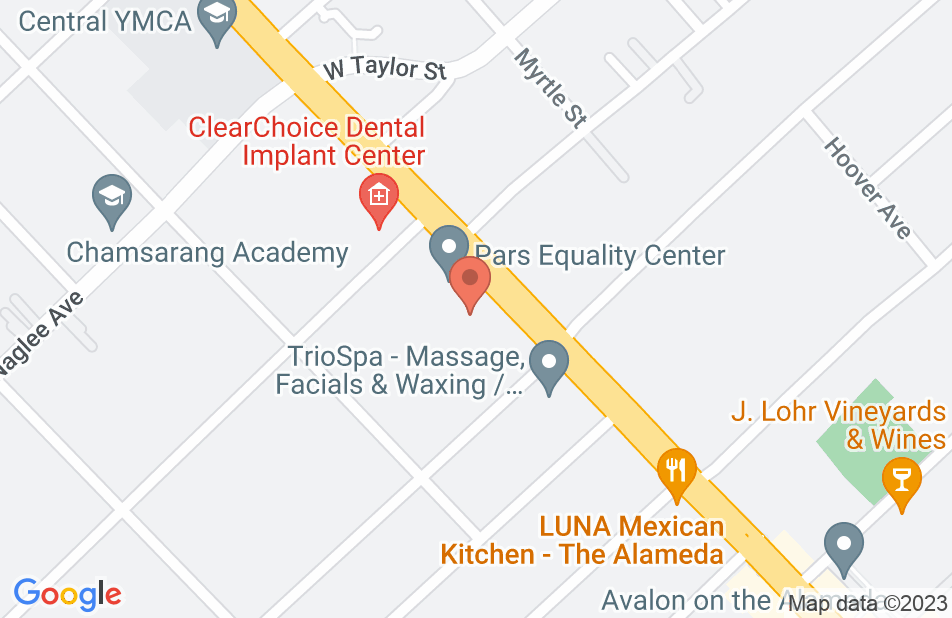 Winning with the BEST divorce lawyer

I never thought I'd be doing a review of a lawyer, but i realized the other day that John was the reason I'm back out and living my life again. John helped me through a messy matter I'd care not to discuss here, but I can say he was my strength through the whole ordeal. I figure the least i can do is let others know how great he is. I did my attorney shopping and knew I found the right one with John. There wasn't a sales pitch, only concern for me and my future. I look back and think how different things would have been if i didn't, it's a scary thought. John has the experience and knowledge that made me feel very confident that in the end I would prevail. I'll leave out the gory details, but my case did go to court. It was a much different experience than i was expecting. I felt like a VIP at the court room. Everyone from the clerks to security greeted him as we walked in. I was so proud to have John defending me- he was in his element and he knew it. The other side would attack, John would counter, then they just stumble and fall apart. Wash, rinse and repeat a couple of times, and it was all over. The other side had no choice but to settled quickly, even more favorable to me than the one we originally went to court over. I would hire him again and again!!! FIVE STARS!!!

I just wrapped up my divorce case with Thomas Chase Stutzman APC and the entire experience was phenomenal!!! I had such an overall positive experience, I felt the need to share it with everyone. I had a 2 half day trial coming up in 10 days. I called their office and spoke to Mr. Stutzman himself. He had John Perrott, his associate taking on my case. from that day on and the next 10 days leading up to my trial, John worked tirelessly and aggressively for me. i had a really bad experience with my former lawyer and thought all lawyers are all lying snakes. But I guess I just picked the wrong one. Working with John made me realize the monumental benefits of having a great lawyer can have on the outcome of your case. John was quick to draft writings to effectively argue my case. He was very detail orientated and thorough. I was very unsure about going to trial before I went to see Thomas Chase Stutzman APC, but after I met with Tom and John for the initial consultation, I felt very confident about the direction of my case. I came back the next day and signed with them. Everything was executed swiftly and accurately. Liz, their paralegal had my old files from my former lawyer all organized and ready to go in an orderly fashion right away, it was just AMAZING! Watching John argue and negotiate with the opposing counsel was so exciting! He took the time to know me and my case and understood what I wanted. I felt that he genuinely cared and wanted to help me, not just so they can make money. I was also impressed with the way John dealt with the attitude from the opposing counsel. He never lost his cool while the other guy was lying and being so rude, he spoke directly with confidence and knowledgeable of the law. In the end, truth prevailed. There are a lot of lawyers out there, but finding a honest and great one is really a dime in a dozen. I'm so happy and fortunate to have found and worked with Thomas Chase Stutzman APC and John. I just recently talked to one of my friends who is going through a divorce and from what she was telling me, it sounded a lot like my former lawyer and many other lawyers. Those lying snakes would promise you everything, then get you nothing. You will not only waste your money, your time, your patience, but your believe and trust in people if you had a bad lawyer. Going through a legal battle is hard enough, getting someone to work on your side and whom you can trust is paramount. So I just referred my friend to speak to John Perrott. I have total confidence that what John delivered for me, he will for everyone else.

John H Perrott gave his time to provide me the guidance I needed and has given me new hope. As a survivor of abuse, fraud and domestic violence, I was feeling despair and needed that "spark of energy" that will lead me to a better life. John H Perrott- You are Awesome.
This review is from a potential client who consulted with this attorney.
Consulted attorney

Knowledgeable, Carrying, Involved, Supportive and most of all he is there protect his clients' assets and wellbeing. Working with John for a long time in a very complicated divorce case. I could not have wished for a better attorney. John is a carrying professional involving himself deeply in the case. Always supportive and he always responded to my questions promptly with options and solutions. John’s knowledge of family law has helped my case greatly, as they were multiple roadblocks, we needed to face and overcome throughout the years on my case. Great attention to detail and devoted to his client results. He is an outstanding attorney, with great results.
This review is from a person who hired this attorney.
Hired attorney

I had a free consultation with John and only wish I have the money to retain him. I checked out a lot and he was far the best. He was extremely intelligent. It took him just seconds to figure out my spouse. He tries to understand my case, and gives me advise and support instead of being a sale pitch. Others are just trying to look into my assets. If my case deems crucial and that it's impossible to work out with my spouse, I don't have to look any further.

John is very professional and an excellent attorney because he goes an extra step above what is expected and counsels his clients on the entire case rather than just focusing on each narrow legal issue. John's style is to get right to the point and solve the problem efficiently without wasting time, he focuses on the important factors that could impact the outcome. John is very kind, intelligent, and informative. He has a great sense of justice and ethics that unfortunately runs very slim with many other lawyer. I knew I could trust him after our initial consultation. My case wrapped up over a year ago and I am still very grateful that John helped me with my win. I got very excited to see John on Avvo, I have to let everyone know how great he is. Best money spend on a lawyer!

Perrott has Some Merit

John Perrott comes across as sincere, a decent handshake sort. He took my life savings, which wouldn't be so bad, but he made me do most of the work. That struck me as odd. He promised me a Motion to Limit Scope for $150 and somehow that turned into a $5,000 project. This also might be O.K. but the Judge admonished him for it. My case ended up as a debacle, which I wouldn't mind so much, but now John is threatening me with the Police for asking questions about his conduct. After the loss of everything that I had, I'd have to say that any recommendations I have are lukewarm at best.

I endorse this lawyer. John Perrott is highly respected in the legal community.

Attorney Perrott spends a lot of time responding to questions posted on this website with informative and considerate answers which reflect a high degree of knowledge and expertise. He shows compassion and a willingness to help clients during difficult times. I endorse this lawyer.

I endorse this lawyer. Attorney Perrott provides excellent answers to client concerns on Avvo and donates his time to this needed service.

I endorse this lawyer. He is knowledgeable and professional.

I endorse this lawyer. Attorney Perrott is thoughtful and thorough in all of his responses on Avvo. His answers are straightforward and provide quick information for individuals who have important legal concerns.

I endorse this lawyer. He has the experience needed to answer your questions regarding divorce.

John is a gentleman. He keeps up to date on every aspect of his work and really tries to be fair and decent to everyone, clients and opponents alike. His depth of knowledge of the intricacies of case law is impressive.

I endorse this lawyer. Mr. Perrott's knowledge and expertise in the area of family law is clear from the quality of his postings on Avvo.

Huge Heart, Intelligent and fair, qualities judges respect.and react to favorably in Family Law rulings.They do not like whiners and liars. That is why he gets favorable rulings

I endorse this lawyer. Very professional. Tough but fair. I would definitely hire him if I had a family court matter.

I endorse this lawyer's work. I went to law school with John and have worked together with him professionally here and there. He is one of the most intelligent men I have ever met. He also has a huge heart and a solid moral foundation. I consider him to be one of the better attorneys out there.