I have been representing individuals in consumer bankruptcy matters since 1998.  From 1998 to 2010, I worked at 3 different law offices.  At each office, my employer relied upon me to handle the bankruptcy cases.  My first position after law school was at a law office in San Jose, California.  After working in San Jose, I decided to pursue an opportunity in Palo Alto, California.  After working in Palo Alto, I departed from the office after receiving a job offer with a law office in Milpitas, California.  By the year 2010, I decided to establish my own practice. 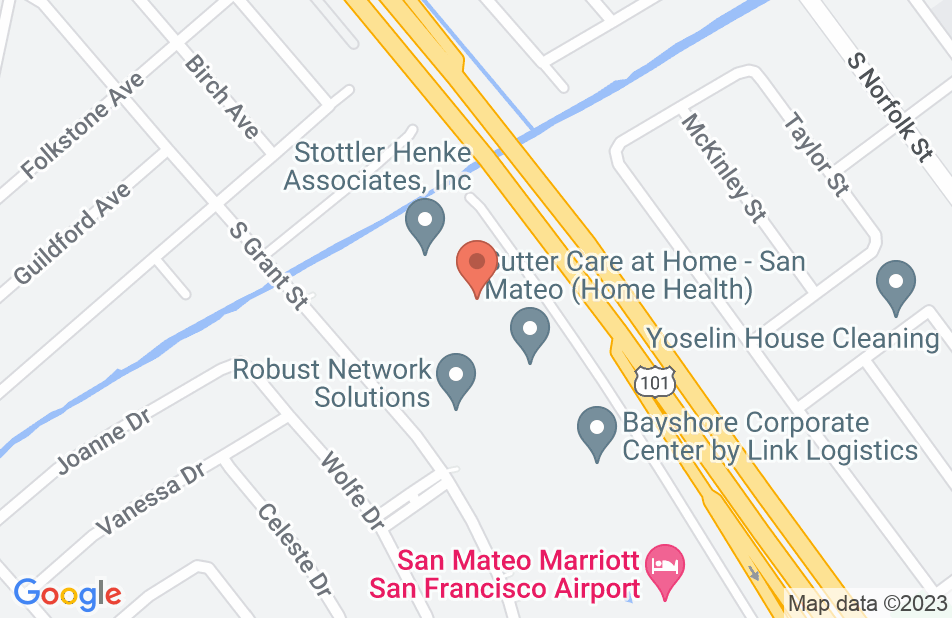 Kendall Coffman was great and answered all my questions in an timely manner. -Monique
This review is from a person who hired this attorney.
Hired attorney

I live in Santa Clara County i fell on bad times and Medical issues i got Behind on Bills, Taxes' Old fly by night School Loan' old penalties Liens ' i became like fish being eaten no peace worried my car be Repossed bank accts being drafted empty taken for my debit owed I looked up Bankruptcy Attorney and Found Mr Kendall Coffman a Professional. Experiencd, Non Judgemental not afraid to takle my issues he did Immediate Emotionto stay an Filed Petetion on my behalf and Chapter 7 He did Amazing Work i never did reviews but this Attorney Deserve a Good Acknowledment im for ever Thankful for his. Detail work I woukd recommend This Attorney To Anyone needing Relief my life has been change New credit New Car Loan he even help me recent to go back on my file. Thank You Mr K Coffman
This review is from a person who hired this attorney.
Hired attorney

Professional, fast, and explains everything in clear detail. I never want to file again, however, if I ever had to - I'm hiring Kendall Coffman again. If you want a smooth and well-informed experience, this is your guy right here! Bonus - His office has a big parking lot that you don't have to pay for and you'll have no problem finding a spot!
This review is from a person who hired this attorney.
Hired attorney

Mr. Koffman handled my case perfectly in my opinion. He took his time with me to answer all my questions. I think there were a couple of thinks that weren't made fully clear at first, so I would just recommend asking any and every question possible. He is very thorough. Case filed, we went to court, his communication is great and it's all done. What a relief.
This review is from a person who hired this attorney.
Hired attorney

After my first legal counsel went out of business, I was lucky to get Kendall Coffman as my bankruptcy attorney. He picked up where they left off and did a much better job. I only wish I had had him in the beginning!! He always responded to my emails quickly and thoroughly answered all my questions (there were many!). He is the best and I would highly recommend.
This review is from a person who hired this attorney.
Hired attorney

When I received a court ordered summons to appear in court because I was being sued by a major credit card company for unpaid debt, I called and left voice mails for three different attorneys. Attorney Kendall Coffman was the only bankruptcy to call me back, and he even called back the same day. He proceeded to setup an appointment with me almost the next day, and walked me through the procedure step by step of what to expect if I was to go through with the bankruptcy process. He was then upfront with the legal fee for the process, and the fee was much lower than I expected, even though funds were limited due to the need to file for bankruptcy. Mr. Coffman did not take advantage of my dire situation, but displayed that he was there to help, in return for a fair compensation for his services as he himself has expenses that he needs to take care of as well. Mr. Coffman explained that I needed to start with chapter 13 due to what appeared to be above average income due to having a business, but can possibly convert to chapter 7, after showing evidence of significant business expenses as well. We were able to convert to chapter 7, and after eight months, Mr. Coffman helped me to receive a successful discharge from debts. The reason why it took eight months was because partially due to running a business, I would regularly turn in the needed paperwork at the last minute, or delayed, and Mr. Coffman was very patient with me. Had I been on top of the paperwork, I believe the bankruptcy process would have been much shorter. Although Mr. Coffman would have received more money in fees if we stayed in chapter 13, Mr. Coffman never suggested we stay in chapter 13, but continued to work with me to pursue chapter 7. As a business owner myself, I believe my bankruptcy attorney undercharged me for the amount of work that he did. If I went through what he went through with me, I would have actually charged double the price that he did, which is one price charge for chapter 13, and a second price charge for a chapter 7. To conclude, "The Mailman Delivered." Although Mr. Coffman never guaranteed a successful bankruptcy discharge, his work ethic enabled the discharge to happen. Kendall Coffman is an; honest, ethical, fair, and reasonable attorney with a tremendous amount of integrity. He also has a sense of humor, which is a characteristic that helps when going through a stressful time in life. I believe he is in this business to genuinely help people who are in distress and need, without taking advantage of you. Due to limited funds I originally was thinking of filing bankruptcy myself, but realized after consultation with Mr. Coffman that this was not a do it yourself project that can easily be completed such as changing your own engine oil. Mr. Coffman was able to navigate through a maze of legal hurdles and paperwork that would have taken me about ten times the amount of time that he took, and due to running a business it would have been impossible for me to have allocated that amount of time. Mr. Coffman always responds to phone calls and email messages in a reasonable amount of time. Bankruptcy would be the last step anyone in financial difficulty would want to consider, and I considered all other alternatives carefully before accepting my fate. However bankruptcy is not the end of the road. With the right attorney, filing bankruptcy can be a gateway from past financial mistakes, and failures, to a second chance at life where we learn from our past mistakes, failures, setbacks, and even habits, and start afresh financially. The bankruptcy procedure has been a humbling period in my life, as I always thought of bankruptcy happening to the other person rather than me. However one blessing that I have received from the bankruptcy was that I was able to meet Mr. Coffman, and should you ever be in my shoes, I trust that Mr. Kendall Coffman will be able to help you through a dark and stormy period in your life, as he did with me.
This review is from a person who hired this attorney.
Hired attorney

I would like to give my highest recommendation to Kendall for how he helped me through my Chapter 7 bankruptcy. From the first meeting I had confidence I made the right choice. Kendall calmly explained the process, answered all of my questions completely, and made things very simple for me. It took minimal work on my part and everything unfolded exactly as he described all the way through my discharge. I also felt that his fee was extremely fair. If you need a bankruptcy attorney look no further that Kendall Coffman, he will take good are of you.
This review is from a person who hired this attorney.
Hired attorney

Positives: -explained bankruptcy, purpose and process, effectively -answered ALL of my questions -accessible -knowledgeable of process and was able to confidently guide me through the several month-long process -REASONABLY priced Kendall is really great. This was the first time I've ever had to go through a bankruptcy and I had many many questions and a great deal of anxiety about it all. If you've ever played organized sports, Kendall was like a really good coach. He laid out big picture/game plan, identified the immediate things I needed to do, and very much was with me all the way through to victory...DISCHARGE!!!
This review is from a person who hired this attorney.
Hired attorney

Very professional and easy to talk to

Attorney kendall helped me go through my chapter 7, I highly recommend his service. I am a very satisfied client! Thank you attorney and more power to you!
This review is from a person who hired this attorney.
Hired attorney

Managed and executed a legal filing for my mom. Was very clear, calm and detailed in his explanations and expectations. Did what he said he'd do, when he said he would.
This review is from a person who hired this attorney.
Hired attorney
See all reviews

This lawyer is highly knowledgeable. I recommend him, without any reservation.

Atty. Coffman is bright, dedicated and an asset to the legal industry. I endorse this lawyer.

I endorse Attorney Coffman. His responses to questions here on AVVO are right on the mark. He is very knowledgeable and excellent at what he does; a zealous advocate for his clients and a credit to the profession.

I endorse this lawyer. Kendall has an excellent reputation in the legal community.

Attorney Kendall David Coffman knows the unwritten loopholes of bankruptcy as well as the stuff in the code and that they teach in law school. Experience does matter and money alone can't buy an attorney that cares about finding the best result for the client. I am pleased to endorse Attorney Coffman for all these reasons.

I endorse this lawyer. Professional well-respected and always goes the extra mile for clients.

I endorse Kendall. Highly respected in the legal community. Strong reputation for client advocacy and dedication.

I endorse this lawyer. From all social media resources it is clear that he is very knowledgeable in his practice areas. I would send my clients to him.