As a Certified Family Law Specialist and a former Orange County Deputy District Attorney, I can help educate you and help you through the challenges of divorce, child custody, child support, division of property, fathers' rights, domestic violence, paternity, same-sex partner issues or other family law disputes.

We're in this together 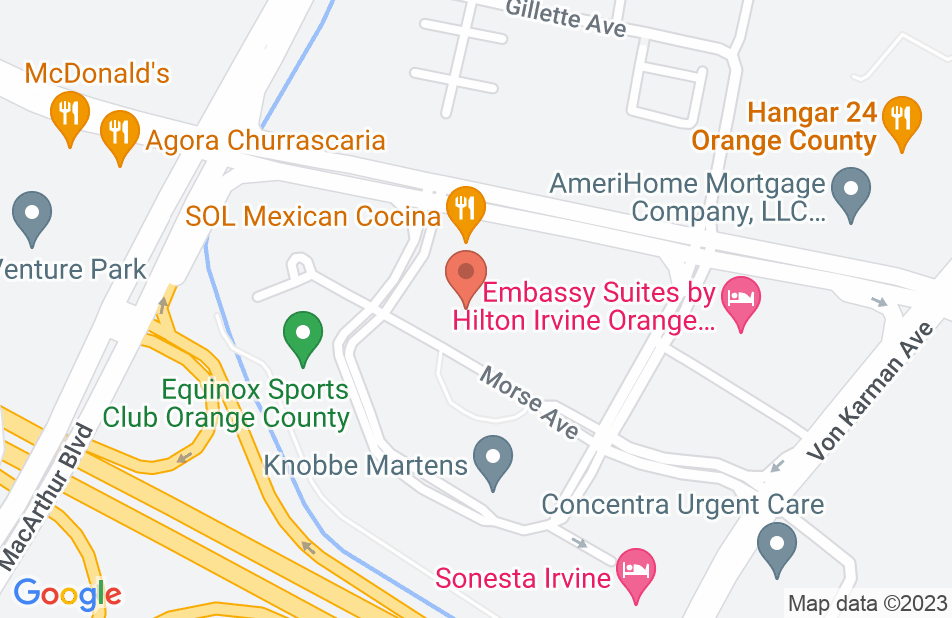 Wendy is a caring and compassionate attorney. More importantly she understands the law and how it pertains to your particular situation. She is very familiar with the system and the judicial officers. She has helped me throuh a very difficult time in my life.

I could not have done this alone. With Mrs Fountain and her amazing staff I received the best professional help possible. I highly recommend her. Marie

Wendy Fountain and her office staff are wonderful. She helped me with child support, child custody basically all different types of family law.

Very knowledgeable about the family law field and extremely aggressive. My ex-wife had kept me from my daughter for several years prior to hiring Ms Fountain. She turned things around quickly and put my ex on the defensive as oppossed to the offensive and moved things along quickly.

Do Your Homework: Qualities of the Attorney Do Matter

I find Wendy extraordinarily special and unique not just in the Family Law field but the entire legal profession in what should be the 1st and foremost factor for all attorneys: is every case handled as if it was her own family, finances and kids in dispute? As a former client of Wendy, the answer is an emphatic “yes.” Indeed she sets a standard for the entire legal profession that I wish all attorneys could rise too. The reality is that they most likely don’t, which is why I so strongly recommend Wendy. Finally, the only reason she got a "4 star" on Responsiveness is because I don't want people to thing that I just quickly clicked all 5 stars. Wendy is very responsive .... and the only times she may not take a call is because she is focusing on the emergency of another case and is giving her full attention to that .... something you surely want in an attorney, especially in the Family Law field. Bottom line, the only decision you may ever regret with Wendy is not hiring here!

Ms. Fountain is the height of discretion & professionalism. When I first met her, she took time with me even before I hired her by giving me initial direction that helped me with the initial stages of my divorce. She gave me honest advice about how to deal with the upcoming challenges that I was going to face, and she was very capable in court armed with the knowledge and the expertise to make sure my case was heard properly. I enjoyed working with her and knew that she was always working toward getting me the best possible outcome.

Wendy tells you like it is and although it is sometimes tough to hear, it is refreshing to have a lawyer who provides you with an honest opinion. If you are looking for an attorney who will tell you everything "You want to hear" instead of truthful, knowledgeable facts regarding your case, you may want to look elsewhere. Mrs. Fountain provided me with excellent advice and provided direction which helped me through the difficult proceedings involved with my divorce and custody issues. She is friendly, professional and most importantly honest. Wendy also used her experience and knowledge around the system to make sure that all of my issues were dealt with fairly. There were several times that we were dragged into court over issues that were ridiculous and Wendy successfully obtained judgments against my significant other to recover attorney's fees. She is a certified family law expert and it shows. I would strongly recommend your consideration if you are in the unfortunate position of needing a family law attorney.

During one of the most trying times in my life Wendy was there for me and I could not have asked for a better attorney. Additionally I could always count on the ladies in the office (Joel and Holly) to answer my questions or just give me some encouraging words of support when needed.

I Hired Wendy to reduce my spousal support payment. I had already been divorced for around 6 years and circumstances had changed in my life and the monthly payment to my ex needed to be reduced. We went to court about 7 months after retaining Wendy and before going into the court we worked out a deal in the hallway which was agreeable to both parties. I was told that the agreement would be written up filed with the court. About 4 months went by and I never received any paperwork or communication with Wendy. I contacted her assistant and was told that she did not know if the agreement had been filed and if it had not that it would be filed as soon as possible. About 10 weeks went by before I received paperwork regarding my agreement. The other party at this point was disagreeing to our original agreement so I am at square one again. I feel that my case was not worked out in a timely manner and if it was, circumstances would be different. I lost all confidence in Wendy and the firm and feel that communication was poor, and that my best interest was not considered. I paid a considerable amount of money to Wendy and feel overcharged for what was or was not done to settle matters with my ex. At this point I had to retain other consul to settle my case.
This review is from a person who hired this attorney.
Hired attorney

Absolute WORST Lawyer in TOWN! Incompetent and a CROOK!

DO NOT HIRE THIS WOMAN unless you are feeling like your money should be donated to her personally for NOTHING IN RETURN!!! I came to Wendy with a custody and child support agreement that had already been settled with my prior lawyer and the respondent and his council. I hired her to help create more favorable and detailed terms for me within the agreement. I came to her as a single Mom and student, on a recommendation from someone that used to work with her, who also couldn't be more disappointed with her performance. She knew my case was dealing with small #'s and that every bit of savings I had was being used to provide from my son as I got through school. After a 5 month period, Mrs. Fountain not only bled dry my $5,000 retainer, having done absolutely zero work. She ALSO wanted $1300 more. She stupidly acted like she didn't know this prior agreement that I furnished her with upon our very first meeting was already a "judgment," which meant final signatures were mandatory and simply a clerical matter according to the judge. Plus, I explained the situation to her thoroughly. In the end, I appeared in front of the judge representing myself so he could tell me that these signatures were a clerical matter and that a request for modification would have to be filed for any actual changes to be made. This is Law School 101 and Wendy missed the boat by a mile so in the end, I gave this woman $5000 so I could go to court for myself and write my own name on a document that had to be finalized as a clerical matter. She made not one change or improvement to that document because it wasn't even possible. From the very beginning she should have filed a new request for order, period. Rather, she stole my $5,000 and did NOTHING!!! I literally mean ZERO work and yet kept my $. I gave her the opportunity to make good by this and she has consistently ignored my outreach. Please, UNDER NO CIRCUMSTANCE give this woman a penny of your money. She is the definition of a CROOK. Upon firing her, I was furnished with a copy of my complete file, which reflects all of the above. Opposing council was Tom Tuttle, who actually seemed to know his stuff. I would recommend his firm any day over this woman and whoever she happens to be working for at the time.
This review is from a person who hired this attorney.
Hired attorney

I endorse Wendy. She is a highly skilled attorney that is well respected in the legal community.

Ms. Fountain is regarded as one of the best family lawyers in the Orange County area. Her knowledge of the law and courtroom presence is unparalleled. As an attorney that always puts her clients needs first, all future client's of Ms. Fountain should know they are in good hands with one of the county's best.

I endorse this lawyer. Wendy is an excellent and professional family law attorney all the while she balances advocacy and cooperation with grace. An asset to our community.

Wendy and I have had many cases together over the years. I know her to be hardworking, honest and always professional. She is a "problem solver" and does not get mired down in the emotions of the case. She effectively advocates for each of her clients. I endorse this lawyer.

I have worked with Ms. Fountain on a couple of different cases and can say that she is very professional and easy to work with. Ms. Fountain is a great attorney who pursues a fair and just outcome for her clients. I would recommend this attorney.