James McGee is a former prosecutor and an experienced criminal defense attorney specializing in cases involving complex violent crimes. A graduate of Loyola Law School, Mr. McGee has been practicing for almost twenty years focusing on the practice of criminal law.

Mr. McGee earned his Juris Doctor in 2001 and began his tenure with the San Bernardino County District Attorney's Office. During his time as a deputy district attorney, he handled a variety of cases, ranging from hardcore gang prosecutions and murders with special circumstances to wiretap prosecutions, insurance fraud, and mentally disordered offenders. Mr. McGee was successful in numerous high-profile prosecutions throughout his career in public service.

In 2014, Mr. McGee left the District Attorney’s office to enter private practice as a criminal defense attorney. In the years since, he has leveraged his background and experience as a prosecutor to help his clients on the other side of the courtroom. As a defense attorney, Mr. McGee has been very successful representing his clients and has earned a reputation in the community as being an aggressive, effective advocate.

As a leader in criminal law, Mr. McGee has acted as a mentor to many defense attorneys and is routinely contacted to give advice on complex cases and other legal matters. Throughout his career, he has given lectures on topics such as using technology in the courtroom, using discovery to undermine a gang investigation, and the law on immunity. This requires Mr. McGee to stay abreast of recent developments in criminal law, especially those related to gang prosecutions. He notes:

I pay close attention to changes in anything involving gang prosecution as well as evidentiary issues. Gang prosecutions have changed drastically over the years and defense attorneys have various avenues to attack the government’s case after the California Supreme Court decisions in Sargon, Rodriguez, Prunty, Elizalde and Sanchez.

Mr. McGee also serves on the Board of Directors of Court Appointed Special Advocates (C.A.S.A.) of San Bernardino County. C.A.S.A. is a non-profit organization that trains volunteers whom are appointed by a judge to represent the best interests of a child currently under the jurisdiction of the Juvenile Dependency court. The group’s goal is to improve the quality of life for foster youth, juvenile care youth, and foster care alumni youth with stable and consistent mentoring and advocacy. From ten years, Mr. McGee also participated in the Fontana Leadership Intervention Program (FLIP) by counseling troubled youth on the dangers of being involved in a gang lifestyle and the legal consequences of such activity. 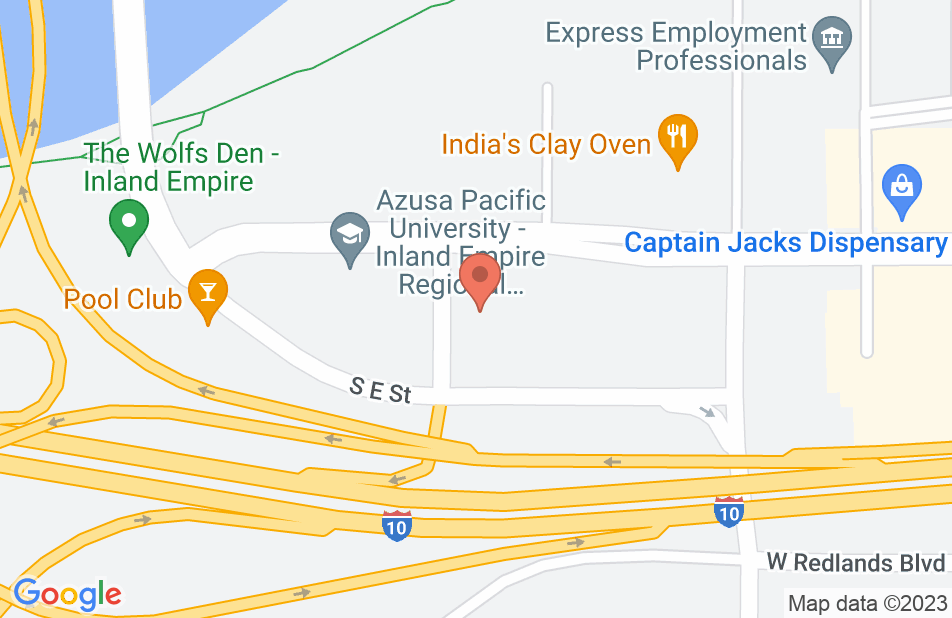 I am so glad I decided to hire Mr. James Mcgee for my son's case. He was able to reduce his charges and get him out sooner than expected. I not only recommend Mr. Mcgee because he is experienced and knowledgeable, but also because he provided comfort for my family. If you are thinking about hiring this law firm, it would be a decision you will not regret.
This review is from a person who hired this attorney.
Hired attorney

We hired McGee to fight for my husband he was facing 37 years to life in State Prison he was being charged with attempted murder with a firearm and gang allegation.our whole world came crashing down up untill we hired Mcgee he gave our family hope He is very honest and hard working. He will fight for you WORDS CAN NOT EXPLAIN HOW GREAT OF AN ATTORNEY MCGEE IS! MY HUSBAND CAME HOME WITH TIME SERVED.I recommend McGee to everyone in need of an excellent attorney
This review is from a person who hired this attorney.
Hired attorney

Our family hired attorney James McGee after having a poor experience with another attorney. Attorney McGee was upfront in the cost and explanation of how the legal process works. He was able to win us a very favorable outcome.
This review is from a person who hired this attorney.
Hired attorney

My family and I retained James E. McGee on the day of May 23rd. of 2015. My case load was life in prison. From the moment we hired Mr. McGee he made sure we had the right doctor, private investigator, and crime scene investigators to help show evidence with my defense. Mr. McGee is honest, hardworking for each of his clients. He is about delivering what you (the client) want. Mr. McGee is by far the best violent crime criminal defense lawyer in the county of San Bernardino and let me briefly tell you why. While I was incarcerated from 2014, October to 2015, June in the county of San Bernardino not only was I grateful to have James McGee as my defense lawyer but many other inmates had McGee as their defense lawyer also. And I saw many other inmates would ask about McGee and his contact information because they wanted to retain him. The inmates would learn the outcome of cases McGee had and were impressed. Being that there are many lawyers in this county James E. McGee is the most positively talked about lawyer in this county for sure. If you are searching for a criminal defense attorney with real court room experience you hire James E. McGee now.
This review is from a person who hired this attorney.
Hired attorney

I hired Mr. McGee cause I was facing a life sentence for att. Murder and various charges. It took some time due to court proceedings but in the end McGee got me what I wanted Time served. Best money I’ve spent.
This review is from a person who hired this attorney.
Hired attorney

Review from a free man

There isn't any perfect words to describe the level of service this man has provided for me. I put my funds, assets, and trust in james mcgee and i am happy to say that trust and money was not missplaced. . He was there and still continues to be there every step of the way even to this day. Theres just nothing words can say, and if you are in need of a great criminal defense attorney i HIGHLY recommended the law office of james mcgee if you value your freedom.
This review is from a person who hired this attorney.
Hired attorney

Jim helped me through a very difficult situation. He is very knowledgeable and honest.
This review is from a person who hired this attorney.
Hired attorney

He is very observant, looks at every angle . is honest and will fight for you. The best you can hire. Look no,further
This review is from a person who hired this attorney.
Hired attorney

Jim is an excellent attorney whom I have had the pleasure to know since his days as a prosecutor. He is aggressive when he needs to be, but he is also a skilled negotiator. I am proud to call him a friend and you would be lucky to have him as your attorney

I have known and worked with Jim McGee for over thirteen years and know him to be one of the most prepared and thorough attorneys I have ever worked with. I first worked with him while we were both prosecuting hardcore gang cases. His research, preparation, writing of motions, understanding of evidentiary issues, and presentation in the courtroom are unparalleled. I know His to be an aggressive and effective advocate with a keen legal mind and have had many opportunities to see his advocacy firsthand. He is an excellent criminal defense attorney.

Mr. McGee is a Lawyer's Lawyer. I have hired and consulted on a multitude of cases with Mr. McGee. He is clearly the most knowledgeable Attorney on gang activity and charges in the entire Inland Empire. He is in the top five Attorney's for Criminal Law in the entire Inland Empire. I have been practicing law for 31 years and endorse Mr. McGee. - Gregory H. Kassel, Esq.

I endorse this lawyer. Mr. McGee is a very skilled trial attorney who obtains great results. His motion writing is superb, as is his effective way of arguing in the courtroom. I really enjoyed working many cases with Mr. McGee and would be more than happy to work with him in the future.

Mr. McGee is undoubtedly one of the best criminal attorneys in the Inland Empire. Is always thoroughly prepared and puts up a fight for every client. Very highly recommended.

I endorse this lawyer as he is highly experienced, competent and also conscientious in the representation of his clients.

I endorse this lawyer. I have known Jim for more then ten years first when he was a firm but fair Deputy DA and the last few years as a criminal defense lawyer. He is always prepared and does excellent work. He has my highest recommendation!

I endorse this lawyer.Mr McGee is a consumate professional who is a gentleman in and out of the courtroom,but also a zealous advocate for his clients

I endorse this lawyer. I have worked along side Jim for many years. Jim is a very aggressive attorney. He does his legal research and can take a hopeless situation into a victory for his client.

I endorse this lawyer. He has made valuable contributions tot he Avvo community and provided answers to several questions.

I first met Jim when I interned at the San Bernardino County District Attorney's Office, Gang Unit Division. I gained valuable insight into the profession and he was always eager and wiling to answer all my questions. Jim is very knowledgeable about criminal law, and coupled with his trial advocacy skills, he is an excellent Attorney. I highly recommend Jim to handle any and all your criminal matters.

13 years of criminal law practice with 12 as a former Deputy District Attorney is what we refer to as experienced. He has a huge advantage over most criminal defense attorneys having been a former prosecutor. "They know that he knows what they know". Knowledge of both the law and procedure is excellent and evident in his pro bono contributions. Do yourself a favor and schedule a consultation. KUDOS

Jim is an accomplished and aggressive former prosecutor who understands how to win your criminal defense case. If you have been charged with a crime you are lucky to have Jim on your side.