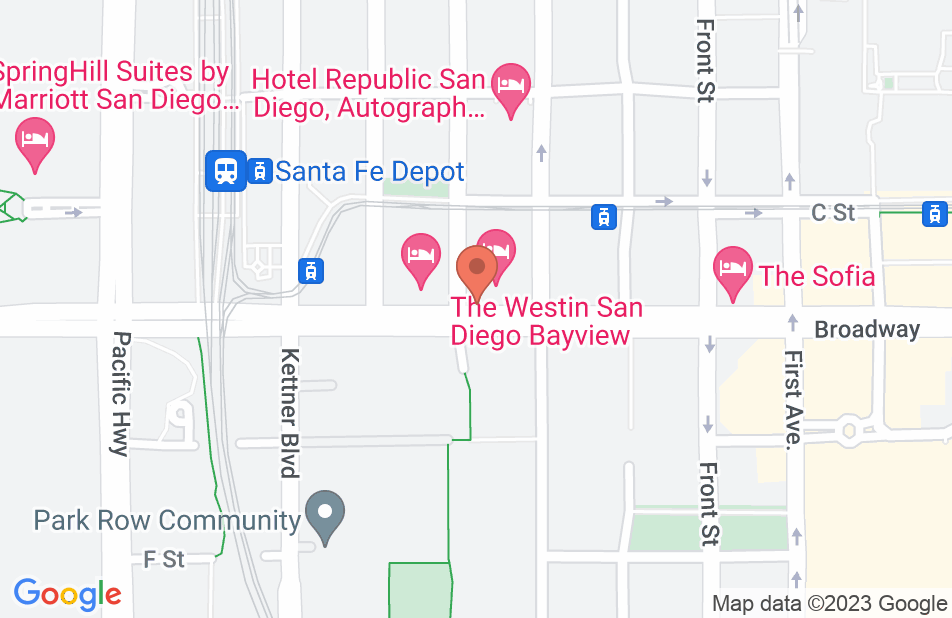 Elizabeth A Bumer, Attorney at Law

Our office worked with Ms. Bumer on a case in San Diego. We were fortunate to have met her. Ms. Bumer is the consummate professional. She is knowledgeable, timely, and is available to answer your questions. Ms. Bumer is interested in helping people navigate the legal system and is willing to expend the time and effort necessary to ensure an equitable outcome. Ms. Bumer is an advocate and a person you would want on your side.
This review is from a person who hired this attorney.
Hired attorney

Attorney Bumer is a very honest attorney who assists her clients with their legal issues or question first before the price. As an attorney I consulted with regarding a legal issue that I had difficulty understanding, she thinks about how to defend your case before thinking about the finances. Her knowledge in law is impeccable and she was able to explain to me slowly and in detail what my options were and what the law had to say about it. In addition, she really listens to you and asks important questions that can help solve the case. She definitely takes her time to spend time with you and your case. For example, there was one appointment where she and I took up about 10 hours on since my issue was a bit difficult to gather a case on. However, in the end, her advice and help granted me closure. I would definitely recommend her!
This review is from a potential client who consulted with this attorney.
Consulted attorney

I am very appreciative for the help of Elizabeth Bumer. She went above and beyond and helped me understand my rights. I am going through a very emotional difficulty, and she was able to work with me and help me understand. My case is one that is not typical,highly difficult and contentious. Thank you very much for not giving up on me. She was kind, professional and very knowledgeable. I will definitely recommend this attorney.
This review is from a potential client who consulted with this attorney.
Consulted attorney

Liz Bumer is a great lawyer

I have great confidence in Liz' skill, experience and know-how. She appeared for me in a client's case and handled the matter in an exemplary way. She knows her way around the courtroom and brings skill and savvy to her work. Liz can help you.
This review is from a person who hired this attorney.
Hired attorney

Liz is a kind human being. She has taken stress and worry out of my family's shoulder; always keeping his profesionality and knowlege to get whats best for her clients. She kept us inform of every single detail. More than a lawyer, i believe she is a humble great human being that cares for the good of her clients first before anything.I am greatfull she was introduce to me. I truly recomend her.

Helped take a lot of stress off my family.

Elizabeth was recommended to us for help when my brother when he was detained by immigration. From the very beginning she was responsive, supportive, empathetic, and professional. During this very stressful time she brought a lot of relief to my family. And I am happy to report my brother is home with his family again. Highly recommend.

Liz Bumer is as exceptional an attorney as she is a human being. Liz comes from an extensive background in both criminal and civil litigation and is both meticulous in her work and has an amazing eye for detail. She has demonstrated her winning abilities to the point where we at Legal Insights extended her an invitation to serve as our staff counsel and as a member of our advisory board, both of which she accepted. Liz has a huge heart and actually cares about the people she represents. We recommend her highly.

Liz has helped my family with several legal issues over the past 20 years. She is extremely knowledgeable and effective at advocating for her client. She takes the time to really listen and understand the situation and then will either do an outstanding job with one's case or if the situation is not in her area of expertise, she will recommend another attorney who is experienced and who gets results with that type of case.

Liz has helped me on several occasions. Each time I was ultimately referred to another attorney but not until she thoroughly understood the situation. I respect Liz's ability to analyze a situation and pull in the right professionals. She personally helped a friend with a probation issue and he was very happy with the results. I think her practice keeps her busy but she has always gotten back to me within a day or two.

The victim of a transient medical condition, which I did not take seriously enough, I stopped in the middle of an intersection knowing I was soon to be incapacitated. I had taken the wisest path in my circumstance, with consideration for the safety both of myself and those around me. Never having been in trouble with the law, I errantly assumed that the police and ultimately ambulance were there to help an individual like me, who was attacked by a unique, singular circumstance. I could not have been more wrong. From the beginning, the officer's lack of medical knowledge and extreme prejudices colored my case as if I were a criminal. Though alcohol level was zero, the officer just 'knew' I had to be on drugs. Enter Liz Bumer. Not only could she sense the underlying innocence and veracity in me, but she judiciously kept working and working the case, keeping me calm and allowing me to understand that I was in good hands. My case was continued twice, and within a few weeks of the trial date, we were both resigned to a compromise, hoping for 2 points against my license and fines for infractions (despite the fact that I was innocent of the charge). From my understanding, the DA ultimately reached out with that precise settlement offer, which Liz and I spoke about at length along with many other details at the periphery of the case. Later that afternoon, Liz called to say that the DA was dropping the entire case against me. Although I knew this was the right decision, as I had more than paid restitution for the public assistance I needed, it was unexpected. As a relatively intelligent layman, I clearly see that Liz employed her considerable skill as a defense attorney in my best interest through the entirety of the complexities. I may appear biased in favor of Liz simply because of the perfect outcome, but I assure you that her emotional intelligence, communication, knowledge, and tenacity surely assisted me.
See all reviews

One of the best and most well respected attorneys in the community. I endorse this lawyer.

This lawyer strives to get the best results for clients. I endorse this lawyer.

Ms. Bumer is an exceptional lawyer who puts her client's first. She will do a great job for any client she represents

I endorse this lawyer. Liz Bumer is a great attorney. She provides an unparalleled level dedication, passion, and expertise for every client.