Rozanna M. Velen is a co-founder of The Law Offices of Korol and Velen. She is an attorney licensed to practice before all of the Courts of the State of California, the United States Court of Appeals for the Ninth Circuit, and the United States District Court for the Central District of California. She received her Bachelor of Arts degree in Psychology from University of California at Los Angeles in 1988 and her Juris Doctor degree from Loyola Law School in 1992.

Rozanna Velen was selected as a “Super Lawyer” in 2007 and 2008 and has received Martindale Hubbell’s coveted “AV” rating, signifying preeminent legal ability and the highest ethical standards.

Ms. Velen speaks Russian fluently. She is married and has two children. 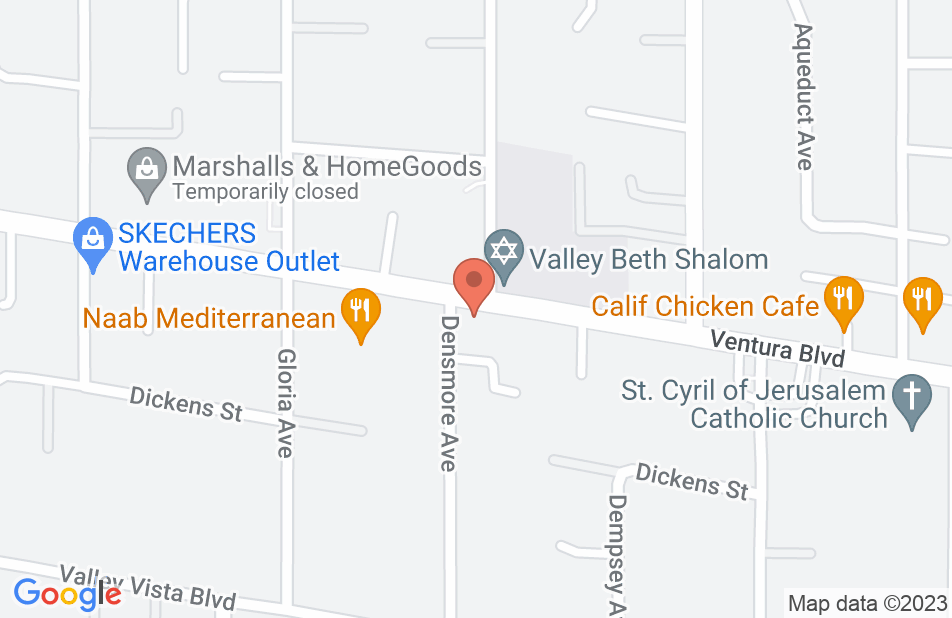 The Law Offices of Korol & Velen

I switched to Rozanna from another attorney. My only regret is that I didn't do it sooner. She is amazing, kept me in the loop the entire time, and got me the results I wanted. Thank you Rozanna.

One of the best decisions I have ever made

I called Rozanna during a time of great need and it ended up being one of the best decisions I have ever made. She represented me very professionally and effectively during my child custody case. Rozanna is a very intelligent and thorough attorney. She helped me focus on the most important aspects of the case and was very factual with me. She did not offer any false promises or guarantees; instead she offered fact-based optimism. She listened to what I had to say and was very understanding of my situation through every step of the process. I appreciated all of those things. Her expertise in the field of family law is phenomenal, and her experience is vast. Rozanna is a true professional who communicated very well with me throughout the entire process. I am very happy that she represented me and would ask her to represent me again without hesitation. Her staff is excellent. If you are ever in need of a family law attorney I highly recommend Rozanna.

Rozanna Velen is an excellent family law attorney. Look at her retainer as a long term investment-you pay a bit now, but save a bunch in the long run. Rozanna will give the facts and law to you straight, and let you know your options and risks. There are not many attorneys who will tell you to take a route that will make her less money...but that's how much of a straight shooter she is. I've sent dozens of people over to Rozanna. She is a respected professional in the legal community. She has obtained excellent results for myself, my friends and associates- including someone who originally (before retaining Rozanna) agreed to pay their spouse $80k...but after hiring Rozanna my friend RECEIVED $80k from their spouse. (Don't try to do a divorce alone if you have assets.) Some family attorneys are sleazebags who wring every drop of $ out of their client, bully, yell and scream at opposing parties, and don't care about the welfare of the child or adults involved. Rozanna is the opposite. She's got a good grasp on keeping things calm, and she focuses on the best interest of the child and other humans in the family matter. Hire Rozanna Velen.
This review is from a person who hired this attorney.
Hired attorney

Rozanna is amazing lawyer, she did excellent job handling my divorce. She is extremely professional and offered best advices as she was a true guard at my gate going through rough divorce. She is one of the best attorney and I highly recommend her to anyone who is in the same situation.
This review is from a person who hired this attorney.
Hired attorney

Rozanna is an extraordinary family law attorney - one of the best! I hired her a year and a half ago and I couldn't be happier. What I like most about Rozanna is her direct approach and her willingness to keep things in perspective. She places me in a winning strategy and she gets me the results I deserve. She is also one of only a few honest attorney's whose sole mission is to HELP YOU rather than fatten their pocketbooks. Believe me, she will do everything she can to help you. Hiring Rozanna was one of the best decisions I have ever made in my life.
This review is from a person who hired this attorney.
Hired attorney

My divorce from my ex-wife should not have been a complicated one, but my ex-wife and her super lawyer wanted to make it a long, drawn out and costly experience. I needed to find the right attorney to help me get divorced who was strategic, focused, ethical, responsive, thoughtful and would keep legal fees to only what was necessary. After an in depth search I found “the right” attorney in Rozanna Velen. Hiring Rozanna was the best decision. Within 4 months of hiring Rozanna she pushed through the endless walls of delays and negotiated and procured a 50/50 legal and physical custody agreement and then helped me along that way to close out and finalize my divorce. Rozanna is highly intelligent, experienced, calm, strategic, responsive, ethical, focused and determined. I highly recommend Rozanna Velen.
This review is from a person who hired this attorney.
Hired attorney

Rozanna is a pro. She helps you every step of the way and gives you options with her recommendations. Rozanna and her team were on top of everything and made the process easier. She is responsive, friendly and no nonsense. I always felt that I could trust Rozanna and she would put my best interests as a priority.
This review is from a person who hired this attorney.
Hired attorney

Rozanna and her team are incredible. Rozanna embodies the perfect balance of aggression and compassion. Her intelligence, legal expertise, and vigor guided me through my extremely complex and unique divorce in the best possible way. While working with the firm, I felt very safe, confident in my case, and cared for. They really do exemplify their slogan: "personal attention and dedication to your case." They go above and beyond to ensure that their clients (and their children) are taken care of. I am truly blessed to have been referred to Rozanna and I could not have asked for a better family law firm. I am forever grateful to the Law Offices of Korol and Velen for everything they have done for me.
This review is from a person who hired this attorney.
Hired attorney

What I'll say about Rozanna Velen is that she doesn't waste words or time. This makes her very efficient which saves you money on her fees if you are prepared when you see her. She clearly knows California family law inside and out and is a no-nonsense negotiator. I really wish that my ex had agreed to mediation from the start but instead she decided to lawyer up. My defensive instincts told me to find a real shark to represent me and that's exactly what I found in Rozanna. Divorce is a no-win situation but Korol & Velen will help you cut your losses and move on. Their paralegals and office staff were professional, friendly, and very helpful.
This review is from a person who hired this attorney.
Hired attorney

Filing for divorce was the best decision I ever made, hiring Rozanna was a close second. What I had hoped would be a relatively easy process turned into a nightmare that lasted the better part of two years. While my ex burned through 6 (yes, 6!) lawyers, I gave thanks every day that my first choice for a lawyer was the only one I would ever have. Rozanna was unbelievably professional. She was always available to answer my multitude of questions and concerns, and it was rare for a day to go by that she wouldn't call or email to keep me informed of everything. Unlike other attorneys who look to create conflict, Rozanna was focused always on trying to find common ground and to take a non-adversarial approach. Above all, she and her team were my friends and partners, always looking out for my best interests, helping me through the rough emotional patches, and listening to what I wanted and needed. Divorce is never fun, but I have zero regrets in choosing Rozanna and give her my highest recommendation to anyone thinking about going down that path.
This review is from a person who hired this attorney.
Hired attorney
See all reviews

Rozanna is an effective and compassionate advocate for her clients. I highly recommend Ms. Velen to represent clients in all facets of complex family law cases.

Hiring an experienced family law attorney is the best way you get peace of mind when dealing with custody , visitation, spousal support, etc. Having a family law attorney's services helps ensure that nothing is left out of your case/claim or matter, which means that costly mistakes won't come back to bite you later. I endorse this lawyer . -Anthony Munoz, Esq.

Rachel Fishenfeld, Divorce and separation Attorney on Oct 24, 2014
Relationship: Worked together on matter

Boris Briskin, Divorce and separation Attorney on Oct 24, 2014
Relationship: Worked together on matter

Rozanna is a fantastic family law and divorce attorney.

Rozanna is a fantastic family law and divorce attorney.

Rozanna is a brilliant attorney and compassionate advocate for her clients. She is always thoroughly prepared and possesses a masterful knowledge of family law, which she regularly employs to prevail in court.

Rozanna is a zealous advocate for her clients, always thoroughly prepared, smart, and does her best to settle cases when appropriate. I've had many cases where she was opposing counsel, and each experience was handled very professionally by her office. I ENDORSE ROZANNA.

Rozanna is a tenacious and zealous advocate for her clients. I have referred many clients who have all been pleased with her professionalism, knowledge and attention to detail. I I highly recommended her for any family law matters

I endorse this lawyer's work. She is very knowledgeable, hard-working and honest. I have no reservations in referring family law matters to her.

Rozanna is a tenancious attorney who represents her clients forcefully but with compassion.