Otto L. Haselhoff is one of the most active and successful trial lawyers in Southern California. He is also involved in real estate development, and certain highly specialized real estate litigation matters and tax planning.

With over $125 Million recovered for individual personal injury clients in the past 10 years alone, Mr. Haselhoff is practically without peer in California in numerous areas of injury law. His recent litigation successes include three (3) published awards over $10 Million, twenty (20) published awards over $1 Million, and over forty-five (45) published awards in excess of $250,000– plus dozens of confidential non-published results. The use of cutting edge animation technology and dramatic courtroom presentation of evidence – together with Mr. Haselhoff’s ability to connect with, and inspire, jurors – has lead to dramatic results time and time again. Mr. Haselhoff has handled just about every type of personal injury case in his career and has represented a very wide variety of clients. Past and current clients include retired judges, U.S. military personnel, entertainment industry employees and executives, injured children, rock musicians, a magazine cover girl, medical doctors, and even other lawyers. The vast majority of his cases involve major personal injury, wrongful death, products liability, and insurance company malfeasance claims– including record verdicts and settlements involving the ultimate intangible: the value and quality of human life — and its loss. Recently, Mr. Haselhoff has risen to the forefront of several different types of products liability claims including claims involving cutting edge auto defect claims. These include the failure by manufacturers to equip their cars and trucks with “collision avoidance technology” (CAT) also known as automatic emergency braking, forward collision warning systems, as well as similar very inexpensive systems that are designed to prevent accidents.

Over the past few years, Mr. Haselhoff has achieved record verdicts and settlements in several courthouses -even outside of Los Angeles- including what is believed to be: the largest catastrophic personal injury verdict in Fresno history ($22.7 Million) – against a $100,000 offer; the largest personal injury settlement in Rancho Cucamonga history ($10.3 Million–against an initial $1 Million offer; the largest wrongful death verdict for an African American man in San Diego history ($3.8 Million) – against a $300,000 offer; a record arbitration award for a non-disabling spinal injury from a bicycle vs car accident in Beverly Hills ($3.2 Million) against a $15,000 offer; a record verdict for an 84 year old woman who tripped and fell at a Target store in North San Diego County ($1.8 Million) – against a $10,000 offer’ and the highest broken ankle settlement in San Diego history ($2 Million)– the policy limits. Mr. Haselhoff was also co-counsel on a historic crashworthiness/tire failure case in Los Angeles back in 2004 that settled on the first day of trial for a record sum ($12 Million) and was sole trial counsel for the plaintiff on another products liability case that settled after 4 years of litigation (for over $13 Million). Mr. Haselhoff also handled the wrongful death/drowning case against actress Demi Moore in 2017 that was confidentially settled during litigation. He has also handled several major cases involving intellectual property, copyright infringement and the misuse of images/likeness/photos (the representation of models, including Playboy Playmate Victoria Silvstedt and a copyright infringement against Paramount Pictures involving the John Tarvolota/Lisa Kudrow Film “Lucky Numbers“).

The accolades are in: L.A. Magazine named him a “Super Lawyer” every year from 2007 through 2018. A finalist for the coveted Trial Lawyer of the Year Award by the Consumer Attorneys Association of Los Angeles (CAALA) in 2010. Awarded the Top “AV” rating (Preeminent) from the lawyers directory Martindale Hubbell. A 10/10 (highest) rating from AVVO. Mr. Haselhoff is the “go to” lawyer for several personal injury firms in California that send him their largest matters for litigation and trial. His record of success at trial in sharply contested, complex cases is extremely high.

Recent real estate transactions handled by Mr. Haselhoff include the purchase, at $3.8 Million, of a Pacific Palisades Riviera lot, the subsequent acquisition of various City of LA and Palisades Riviera development entitlements that permitted the construction of a 13,000 square foot mega mansion, followed by the complete demolition of the original house and then re-sale of the 17,000 square foot lot (dirt) alone for $8.25 Million resulting in an incredible 200% leveraged return on capital. Recent residential property purchases include a 53,000 square feet “double lot” (largest on the street) with an 11,000 square foot 3 story Gothic Tudor mansion on prestigious La Mesa Drive — the most expensive street in the City of Santa Monica– on the rim overlooking the Riviera Country Club golf course– for the sum of $16 Million. Nearby lots with half the frontage have traded as high as $41 Million in recent years.

Email Mr. Haselhoff to discuss your case, dispute and/or development project anytime at [email protected] or call his office at (800) 667-1880. 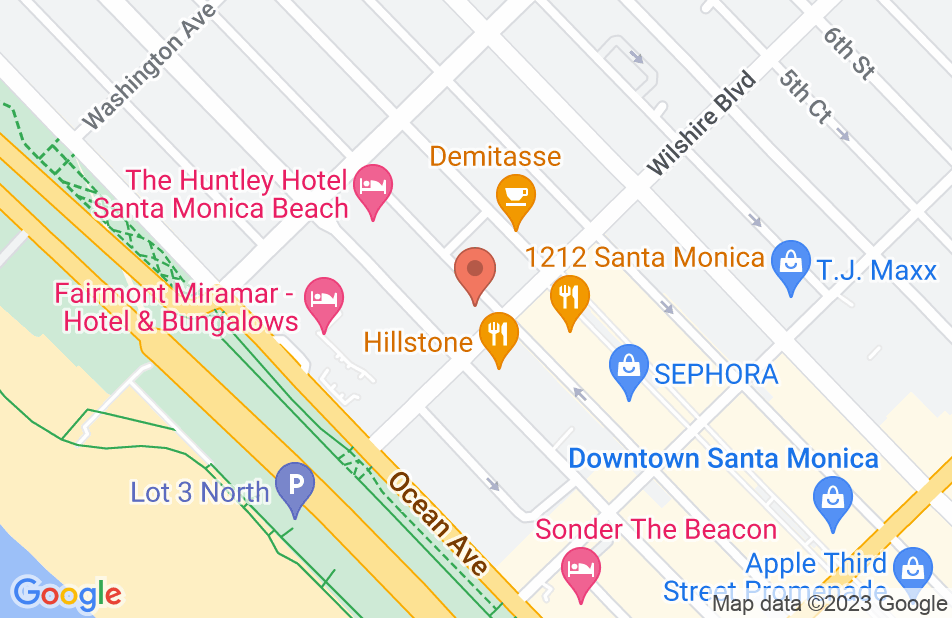 Not yet reviewed
Review Otto Haselhoff

I endorse this lawyer for his competence and tenacity.

Otto is an incredibly tenacious and gifted lawyer who always has his clients best interests in mind. He's by far one of the best litigators I have ever come across. I wholeheartedly endorse this lawyer.

Mr. Haselhoff is very knowledgeable and disciplined attorney who will maximize the recovery for your damages.