Alan Ahdoot graduated from Loyola Law School in Los Angeles in May 2005 and, after passing the bar exam, was admitted to the California State Bar in December 2005. A co-partner in Adamson Ahdoot LLP, Alan specializes in plaintiffs' personal injury and consumer law.

Alan has extensive experience in a wide variety of cases, from automobile collision and lemon law cases, to catastrophic injury and wrongful death. Working in these areas affords Alan the opportunity to directly impact people's lives by helping them in situations where they feel helpless. Alan is a tireless advocate for his clients, and is especially adept at negotiating and litigating aggressively.

Alan graduated from the University of California, Los Angeles with a degree in Sociology, and received his Juris Doctor from Loyola Law School in Los Angeles. He is an active member of the Consumer Attorneys Association of Los Angeles. Alan is admitted to practice in all of the courts of the State of California, and the United States District Court for the Central District of California. 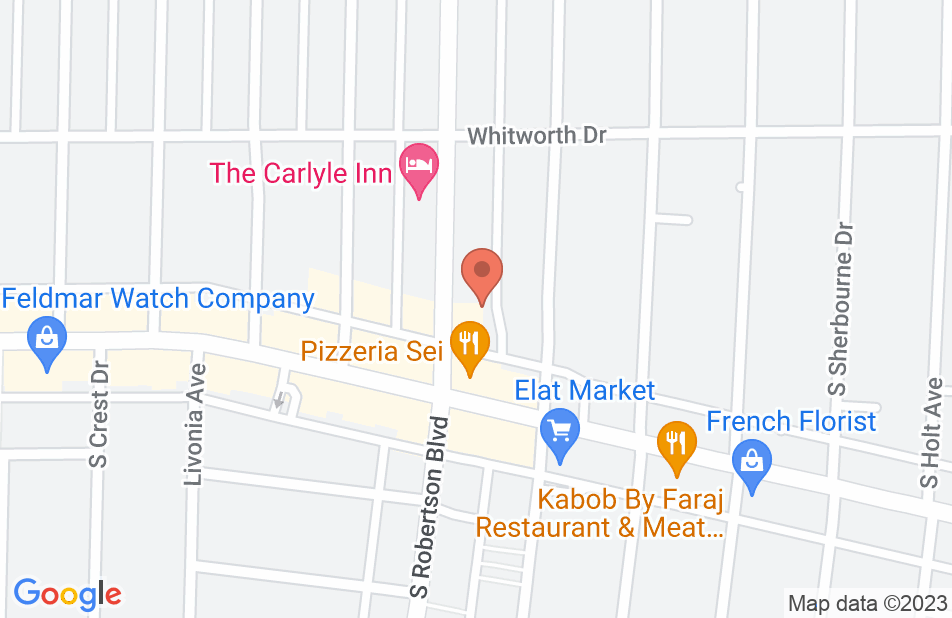 I was in a horrible accident with my entire family several months ago. A friend recommended Mr. Ahdoot & his partner Christopher Adamson. I called on a weekend spoke to the attorney directly and answered all my questions & addressed all my concerns. His Paralegal Alex Payan was beyond awesome. She kept me informed every step of the way and was very professional through out my case. My case just settled for the maximum compensation and in just 4 months. I couldnt be happier with their service and outcome of case. Very thankful to Adamson|Ahdoot & Alex Payan for theyre professionalism & hard work on our case!
This review is from a person who hired this attorney.
Hired attorney

Alan was 100% professional from day one. I was in a slip and fall accident. Like most people, I never thought it would happen to me but it did and I needed a great attorney. He helped me get medical care and everything I needed throughout the process. In the end, the case he built was so strong that the other party settled generously out of court. I am very pleased with my 6 figure settlement.
This review is from a person who hired this attorney.
Hired attorney

I was in a head on collision on May 9,2017 and the driver did not have any insurance. I went on line to find an attorney .Alex Payen called and she is very aggressive does a great job.From day one I aksed what did she need to get this case closed.Alex advise me ..I got the medical records the statement of the hospital bills and eye surgery.I faxed them over to her. Everything was done by email. I only spoke to Alex twice on the phone. And I spoke with Alan Ahdoot who was kind and made sure I felt ease, This was my first accident and did not know what to do.Alex took the reins and on Sept 14,2017 they presented the case to the insurance company and 12 days later Sept,25,2017 they close the case with the higest amount and the insurance company is cutting the check today. I suggest if anyone wants an attorney hire ALAN AHDOOT he will get the job done. Alex Payen they have great Teamwork!!!!!!!!!
This review is from a person who hired this attorney.
Hired attorney

Alan represented me in a case where I suffered a personal injury in a fall that occurred in a supermarket. Alan was always available when I needed to contact him and I could not have found a better attorney to handle my situation. I was very pleased with the settlement that I received thanks to the excellent representation by Alan.
This review is from a person who hired this attorney.
Hired attorney

Alan is very thorough. He keep us well informed all the way til the end. When I had concerns or questions he was very prompt to ease my mind and answer. Very pleased with the outcome. I can't thank you enough Alan
This review is from a person who hired this attorney.
Hired attorney

Alan Ahdoot was very patient and answered all of my questions in a timely manner while making sure that I had a clear understanding of all available options. He spoke to me in ways I understood and genuinely cared about my well being.
This review is from a person who hired this attorney.
Hired attorney

When I got into my accident I was so extremely fortunate to find Adamson Ahdoot LLP. The weekend it happened Alan Ahdoot responded to my case right away! I couldn't believe that he took the time to reach out on a Saturday afternoon. Then his staff reached out to me first thing that Monday morning to set up my doctor appointments. I could tell right away I was dealing with competent, caring, and trustworthy people. It was very comforting to know Alan and his staff were only a phone call or text away if i had any questions at any time. I've literally never dealt with people who cared so much about someone they barely knew. His staff kept me in the loop every step of the way and always worked in my best interest. I would highly recommend Alan to everyone. My case was handled better than I ever could have imagined. Alan remained motivated throughout my entire case and fought for me, taking care of everything.
This review is from a person who hired this attorney.
Hired attorney

Alan is individually individual who sincerely cares about his clients-- he prepared me a detailed demand letter that show efficiency and strength. In communication level, Alan was on top of every concern I had by answering my calls and my emails professionally. I truly, respect/thank him for that. I highly recommend his services to any person who's been involved in any type of accident. God bless you Alan:)
This review is from a person who hired this attorney.
Hired attorney

Words are not enough to express my gratitude. Thank you Alan

My accident left me with a lot of stress, questions and uncertainty. I contacted Adamson & Ahdoot Attorney at Law. They ( Especially Attorney Alan Ahdoot) were very prompt and professional. When I went to visit at their office for further consultation the atmosphere and the way they greeted me made me feel like a very important client and took consideration for any conditions I had at the time. After the meeting I decided to hire them for my case and have not had any regrets thus far. They contact me as needed and get back to me very quickly if I have any questions. Everything since then has been smooth and it's great to have all that stress alleviated off my shoulders Attorney Alan Ahdoot and his team provided excellent and quality service. I always felt that my needs were met and that the firm was invested in me and my case. They were easily accessible, got back to me quickly, aggressive and got me the results that I wanted.Attorney Alan Ahdoot his associates, and his staff all produced the quality of an attorney that anyone would want when hiring a automobile collision.
This review is from a person who hired this attorney.
Hired attorney

I have known Mr. Ahdoot for several years. I am always amazed at his knowledge of the law, dedication to his clients, and ability to quote movie lines. I highly recommend Mr. Ahdoot and his team.

I have know Alan for several years as a colleague and a friend. He is not only ethical, but also a very knowledgeable attorney that will fight for his clients.

Alan is an aggressive and intelligent lawyer. He knows the law, and he puts his full weight into fighting for all of his clients. I have seen him go to war with opposing attorneys and insurance companies, and it's a beautiful thing to watch. Alan is a fighter, and he wins impressive results for his clients.

I have worked with Alan on a number of matters of the years. Alan is an exceptional lawyer. There is no doubt that Alan's client's come first.

I have known Mr. Ahdoot since law school. He is an intelligent attorney who can bring the necessary perspective and work-product to achieve positive results for his clients.