Trent Buckallew has nearly two decades of experience in representing clients in the Phoenix area in all Criminal and DUI matters. If you have been charged with a DUI, Assault, Drug Crime, Domestic Violence, or any other criminal or DUI offense contact Trent Buckallew, a Board Certified Criminal Defense Attorney, at 480-988-7993 for a free initial consultation. 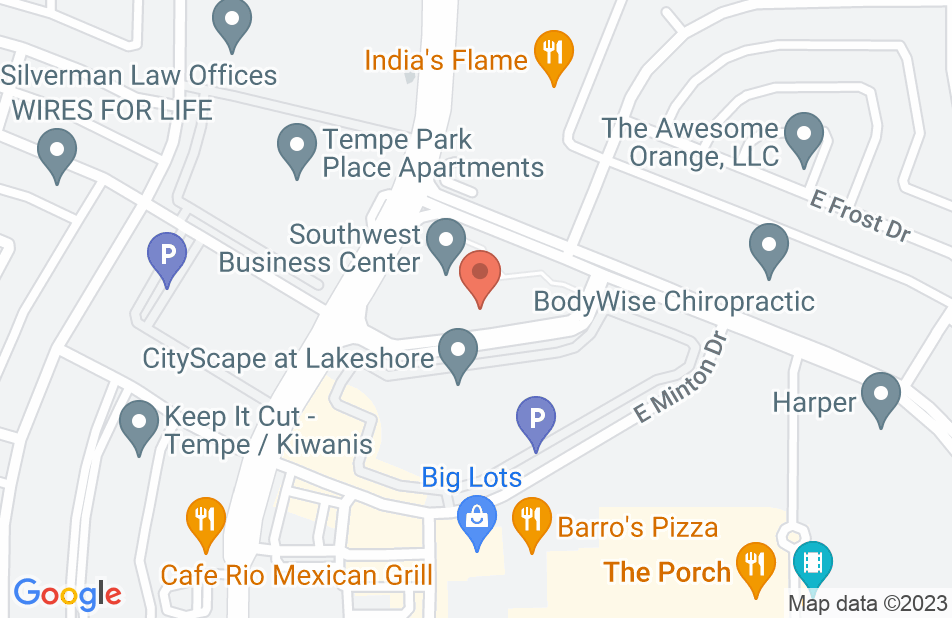 Hiring Trent was money well spent, he was able to get my case resolved with out going to trial with a plea that I was very happy with. His legal assistant Lisa was also super helpful and very punctual when it came to responding to any questions via email or over the phone. I would highly recommend hiring Trent Buckallew as a criminal defense attorney.
This review is from a person who hired this attorney.
Hired attorney
Trent Buckallew's response: Thank you for the nice review Alex! The pleasure was ours.

Best law firm in the Valley

Recently my daughter was stopped by an aggressive, abusive Pinal Co. deputy who called me while she was in restraints. He tried to ask me leading questions. Eventually he relented, released her, but he told me he would refer this to ADOT/MVD. Several weeks later she received a Medical Review Division referral. She visited her physician who completed the required report. It was mailed before the deadline, however, over two months later, MVD sent her a revocation/suspension because they claimed that they hadn't received the information. To make matters worse we didn't have a copy. Fortunately, Margaret was able to see her physician who apologized for also not having a copy either. He wrote it up again with a cover letter documenting her original June visit. Finally, Trent & Lisa went to work. They e-mailed images of the documents & followed up with MVD to verify receipt. A day later Lisa called to tell us that she had reviewed the medical report with an a MVD/Medical Review representative, & two days after that she contacted them again & they told her that the suspension/revocation was lifted & the reinstatement was also done by telephone . All's well that ends well, but don't try to do any of this by yourself. In times like these, where even Alan Dershowitz fears governmental abuse, you need Trent Buckallew!
This review is from a person who hired this attorney.
Hired attorney
Trent Buckallew's response: We appreciate your kind words - always makes our day to get feedback like this from our clients!! So happy we were able to help. Take care.

Mr Buckallew was my husbands attorney, could not have been more pleased with how he handled his case. Mr Buckallew and his staff were extremely helpful always there to answer questions for us. All charges were dismissed. Would highly recommend Mr Buckallew
This review is from a person who hired this attorney.
Hired attorney
Trent Buckallew's response: Thank you for the kind words. It was a pleasure working with both of you and we wish you all the best!

Trent helped with a marriage legal issue and we couldn't have been happier with how fast this was resolved.
This review is from a potential client who consulted with this attorney.
Consulted attorney

Trent was amazing, and so was Lisa! A very knowledgeable, great team. I was blessed to have Trent as my attorney in a very complex case. Thanks Trent!
This review is from a person who hired this attorney.
Hired attorney
Trent Buckallew's response: We appreciate your kinds words Nina! We wish you all the best.

Trent was amazing! Very knowledgeable and he won my case. During a tough time it was good to know someone with his experience and expertise was handling my case. I'm grateful that he was referred to me and that he handled my case. Thank you Trent for all your excellent help!!
This review is from a person who hired this attorney.
Hired attorney

I appreciate your professionalism when representing my wife. It's a scary time and I really trusted you. Thanks again, Js
This review is from a person who hired this attorney.
Hired attorney

in 2009, I retained Trent Buckallew for an alcohol-related case that I was charged with, and was very impressed with his high level of intelligence, expertise and experience. It was a confusing and intimidating situation, but Trent was great with walking me through each step of the court process which resulted in a fair plea. To this day, I continue to consult with Trent for any legal questions I may have, and his knowledge is invaluable. I highly recommend the Law Offices of Trent Buckallew.
This review is from a person who hired this attorney.
Hired attorney

Long story how I found myself in a bad situation. I was preparing to face time in jail, fines etc etc (Good ol Gilbert AZ). Trent was like a super hero in how he handled the case, presented evidence and multiple letters; probation was reinstated the day of the PTC....! A true life saver! Thank you so very much
This review is from a person who hired this attorney.
Hired attorney

6 years ago I was in an accident at 6 am in the morning, sideswiped by a truck without any lights on. I had three cocktails the night before and was cited for a dui. 5/12 years after the original ticket the case was dismissed, only to be refiled 4 months later. Trent was referred to me and he has done fantastic work, ultimately resulting in the dismissal of the case on many procedural issues. He only had the case for 3 months but he and his assistant were awesome. I would highly recommend him as he helped me find justice. Thank you.
See all reviews

Trent is an excellent attorney. He is very well respected by judges, prosecutors and court staff. He is a very nice and honest person. Trent gets great results for his clients and he is very detailed in his work. I highly recommend Trent for any criminal law or DUI case.

Trent is a dedicated, bright defense attorney who cares about his clients. His experience allows him to find creative solutions for his clients. I highly recommend him.

I endorse Trent. He is a highly skilled attorney that is well respected in the legal community.

I have worked with and against Trent Buckallew for 15 years and I hold him in the highest esteem. I am very confident that Trent's clients are in the best of hands. I endorse this lawyer.

Trent is one of the brightest attorneys I know. I have known Trent since about 2002 and we both completed the Arizona Forensic Science Academy in 2011. He is a great guy and an excellent attorney.

Trent is an excellent lawyer evident by his professionalism, knowledge and experience in the field, and dedication and responsiveness to his clients. He always makes sure to do everything in his power to achieve the best possible outcome in all of his clientsâ€™ cases.