Ms. Simmons began practicing in the State of Arizona in 2003 after graduating from the James E. Rogers College of Law at the University of Arizona.  Her practice emphasizes consumer bankruptcy filings, including Chapter 7 and Chapter 13 cases as well as personal injury cases.

Ms. Simmons began filing bankruptcy cases for clients in 2005 while running a small firm. In 2007 she began working for a large national bankruptcy firm and by 2008 she had been promoted to Managing Attorney of the Arizona offices.  This position allowed Ms. Simmons to counsel numerous clients with a wide variety of legal issues.  In 2010 Ms. Simmons took a position with a large full-service Arizona firm, working in the bankruptcy department.  Ms. Simmons and Elizabeth Kamper co-founded Kamper & Simmons LLP in February of 2012 with one simple goal in mind: to provide personal attention  and superior legal service  at a reasonable cost to our clients.

Carlene believes that attorneys have an obligation to volunteer their time and efforts within the community. She is honored to work with the Fresh Start Women’s Foundation, the Pro Bono Volunteer Lawyer’s Program. Both she and Elizabeth have received commendations for work done with the United States Bankruptcy Court for the District of Arizona Pro Bono Panel. 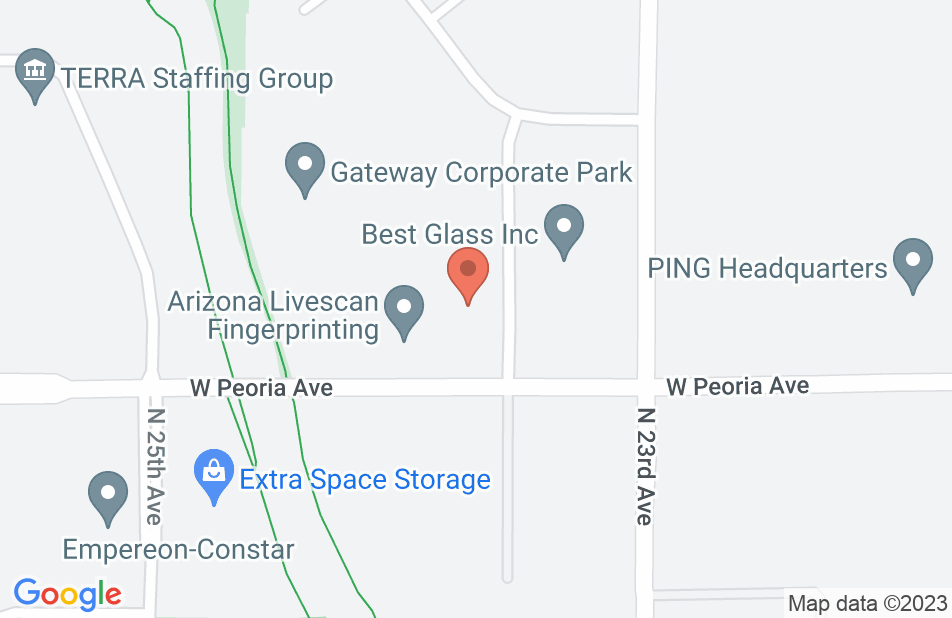 When considering the thought of doing the bankruptcy and what seemed to be an overwhelming process, I was deterred. I was to the point where I had put it off for several years from the anxiety behind what I knew would be a lengthy process. Through a benefit through my job I found Carlene as a Bankruptcy Attorney that would help me through the process, but she was way more than that. She was flexible, understanding, and patient with me; especially through my financial hardships that even directly affected our business relationship at times. She was honest with me and help me see things for what they were from where I was standing, letting me see the light that was indeed at the end of my tunnel. All the hard word, paperwork, understanding the ins and outs of the courts and what was expected of my was completely taken off my plate; whcih completely removed all the anxiety surrounding this imperative endeavor in my life. As a working mother of a young toddler, I will forever be grateful to Carlene and how painless she made what should have been a painful situation seem. Thank you for helping guide me through to a fresh start Carlene, thanks being human, and thanks for treating me like family. You're appreciated.
This review is from a person who hired this attorney.
Hired attorney

The Help you need, when you need it

Carlene is very knowledgeable and experienced in her practice. I couldn't have asked for better support when I needed help with my Chapter 7 Bankruptcy. She's brilliant, down to earth and always willing to help and answer questions.
This review is from a person who hired this attorney.
Hired attorney

Carlene is very knowledgeable, professional and she was easy to communicate with throughout the entire process. She was very accessible and responsive, returning all calls and emails within a timely manner . Carlene was reliable and reassuring which made a difficult process go smoothly, without any delays or unexpected issues.
This review is from a person who hired this attorney.
Hired attorney

I highly endorse Ms. Simmons. My conversation regarding my debt situation began a year prior and I kept her info knowing I may need legal assistance. Then the garnishments started hitting. In my strong willed and tenacious spirit, I originally attempted to file a Chapter 13 entirely on my own... Not my best idea ever. As the questions on the process and the forms started to build up, I picked up the phone to call Carlene. This was the best thing I could've done. Carlene was able to capture the big picture of my situation and properly advise me on my available options and the absence of other options. Using her legal aide, I know I got the absolute best outcome to resolve my debt. Aside from the guidance and knowledge she provided along the way, she was immensely helpful, very professional but not distant, and extremely attentive. Carlene is very dedicated to her clients, often working late hours to keep up with deadlines and demands. The cost for services is competitive and fair and frankly, she outworked her costs 2:1 in my opinion.
This review is from a person who hired this attorney.
Hired attorney

Bankrupcy Lawyer - I would recommend

Carlene has been a blessing for my husband and I! Before I found Carlene, I had a few consultations with other lawyers. I was never comfortable and always left feeling very overwhelmed. Bankruptcy is a very scary and stressful process. Carlene made it simple and explained every step along the way. She was fast to reply to questions (by email and phone) and had an open/flexible schedule when it came to our in person meetings. She was very professional yet personable at the same time. She explained her background and I could tell she was knowledgeable. I would recommend her services to my family and friends.
This review is from a person who hired this attorney.
Hired attorney

There are not enough great words to describe Carlene, I am not much of a writer, but she was so thoughtful, kind and professional. She got me and my husband through a very difficult time, I can be very emotional, and she got me through what needed to be done. She was there to answer any questions, guide us through everything. Always available to answer questions. I can never thank her enough for what she did for us.
This review is from a person who hired this attorney.
Hired attorney

In going through a most difficult time in my life, divorce (with absolutely no help from spouse) and extreme debt, I felt so lost and with absolutely no light at the end of the tunnel! Thankfully I was referred to Carlene Simmons who turned my world around! Not only is she compassionate and understanding but she is on top of it 100% at all times. Carlene turned my heartache and this extremely difficult time in my life into such a positive experience! I thank you so much Carlene for everything you have done for me and helping me in my Chapter 7!
This review is from a person who hired this attorney.
Hired attorney

the most amazing bankruptcy attorney pulling for you

Carlene has been tremendously helpful. I entered through the back door to her office on march 1st for my consultation. we laughed about the entrance, that i used by mistake. that was getting off on the wrong foot seemingly, much like the debt crisis i was faced, she assured me it was all going to be ok. she quickly grasped the next step and has been there every step of the way for me. she held my hand so to speak. from filing and gathering my required docs, she took the hassle out and reviewed every paper trail. her integrity and hard work became persistent from our late evening calls and late schedules, she worked around it all seamlessly. then our scheduled creditor's meeting was the mind torturing thing one could seem to go thru, not with Carlene. we were the first ones called up and she took control. its now my 3rd month after first walking through her door that my discharge was received today. thank goodness for the very best Carlene. i couldn't imagine an easier and friendlier way to get this over with. she is truly the silver lining in an seemingly never ending storm. i am very excited to now be able to breathe and live life thanks to the wonderful carlene. She has shown a great deal of compassion, respect, and is capable of delivering the ultimate service in bankruptcy. without her i would probably still be contemplating debt and how to file. she is the answer for all your questions, i am sure she's seen and heard it all before. i would highly recommend her to anyone. thank you Carlene. You're a saint.
This review is from a potential client who consulted with this attorney.
Consulted attorney

Carlene explained everything is terms that I understood and always answered all of my questions. She was available at anytime of the day for the most part, was flexible was beginning to the end. Bankruptcy is not an easy thing to go through by no means but she made the process less stressful for sure. THANK YOU!!
This review is from a person who hired this attorney.
Hired attorney

Ms. Simmons is a consumate professional.

I have had the pleasure of working with Carlene Simmons. I had to file bankruptcy several years ago. I met with several attorneys, but when I met with Carlene, I knew she was the right fit for me. She was kind and understanding and was always patient in answering my numerous questions. She has supported me throughout the five years of the process through the discharge. I appreciate greatly her help and patience and highly recommend her to anyone who might be in a position to make this difficult decision. Carlene is a consummate professional and I highly recommend her for support with these difficult issues.
This review is from a person who hired this attorney.
Hired attorney
See all reviews

I endorse this lawyer. Carlene is an experienced attorney who maintains a high level of professionalism.

I have known Carlene for many years and she is a dedicated professional who goes the extra mile for her clients.

Having worked with Ms. Simmons on multiple cases, I have found her representation to be top notch. I would recommend her to anyone seeking bankruptcy relief.

I endorse this lawyer. We work together on a frequent basis. She is excellent.

Carlene is an excellent attorney. You will find her well skilled, easy to talk with, and circumspect. I endorse this lawyer.

Carlene is a caring and conscientious attorney. I do not hesitate referring clients to Carlene; I know they will be treated with respect and professionalism at all times.

I endorse this lawyer. Very professional and dedicated. I often send clients to Attorney Simmons knowing that they will be treated fairly and will have the best possible representation.

Carlene is a talented lawyer. I recommend her without reservation.

I endorse Carlene Simmons as a top notch Bankruptcy attorney. Ms. Simmons has handled thousands of cases and is a true professional before the bench, with opposing counsel and with her clients.

Since I know Carli for many years and have had the opportunity to discuss issues and analysis in cases she was involved in with her, I can comfortably endorse her to anyone needed assistance in bankruptcy and personal injury matters.

Carlene is passionate about providing strong representation for her clients. She works to identify all remedies possible to ensure positive outcomes and novel solutions. I strongly endorse Carlene.

I have known Carlene for several years. She is a committed to the practice of law and a very caring person. I am happy to endorse her.

Carlene is an experienced and very capable Bankruptcy attorney.