Mr. Worischeck has earned Martindale-Hubbell's highest AV® PreeminentTM rating.  He has been recognized as one of Arizona's Finest Lawyers and selected to be included in Best Lawyers in America for 2013-2020 for his work in aviation law, insurance law, commercial and construction litigation, personal injury and product liability litigation.  He was also named by Best Lawyers as 2019 Phoenix - Personal Injury Litigation - Defendants - "Lawyer of the Year"; and  2016 Phoenix - Insurance "Lawyer of the Year".  He is recognized in the 2010-2020 editions of Southwest SuperLawyers and designated by SuperLawyers as one of Arizona's Top 50 Lawyers for 2011-2020.   Mr. Worischeck has also been chosen by AZBusiness Magazine as one of Arizona's Top 100 Lawyers from 2009-2020; identified as a 2015 Leader in Construction Litigation; and is a recipient of the Lexology Client Choice Award (Arizona: Insurance 2016).

Mr. Worischeck graduated from Washington University School of Law in St. Louis.  He is President and Managing Shareholder of the firm.

In addition to practicing law, Mr. Worischeck taught Insurance Law as an Adjunct Professor of Law at the Sandra Day O'Connor College of Law at Arizona State University from 2010-2012.  He also serves as a Judge Pro Tem for the Maricopa County Superior Court. 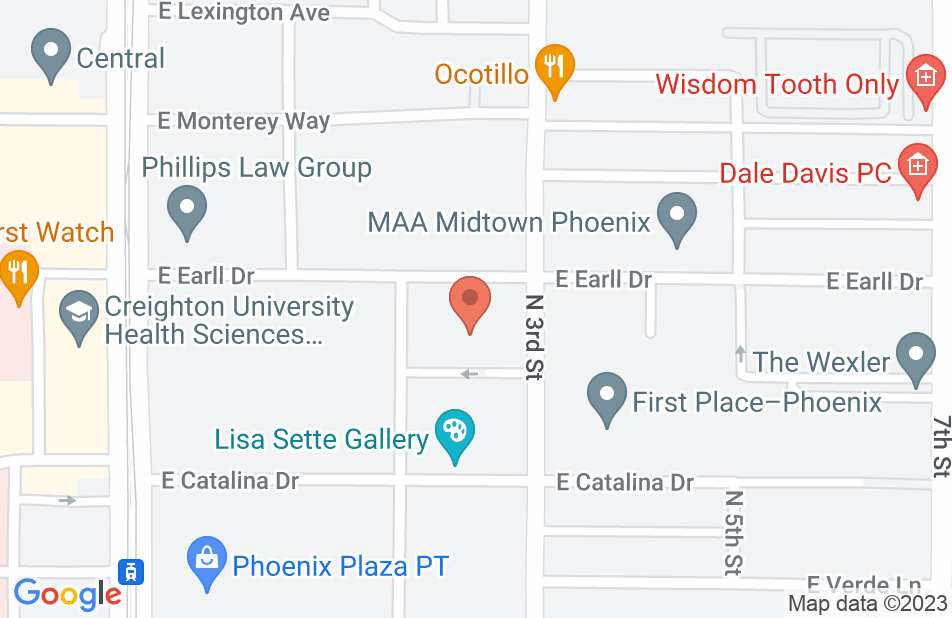 Intelligence combined with Compassion is the best summary of Mr. Worischeck's handling of our case. We were impressed with his thoroughness and the way his team guided us through a complicated legal process. Mark is an outstanding lawyer that you can trust to best represent your interests.

Mark Worischeck has been and remains the most skilled, knowledgable and client-focused attorney that my company has retained. He understands our business and is always thinking of ways to mitigate our exposure and costs. Whereas other attorneys often grind through the litigation process, Mark develops and executes creative and cost-effective ways to resolve disputes. His responsiveness is unparalleled. This is key for any client, particularly in-house counsel, and Mark knows it. I always know exactly what is going on in matters he is handling for our company. He also delegates work in appropriate circumstances to other experienced and talented attorneys in his firm.

As General Counsel for a workers' compensation insurance company, I've worked with Mark on a variety of cases ranging from complex commercial litigation to coverage issues over a period of several years. Mark is extremely perceptive, intelligent, dilligent and competent. He prepares well for every case and takes depositions as well as or better than any lawyer I've known. His courtroom demeanor is respecful and animated (in a good way). Mark knows how to keep the attention of judge and jury, how to weild and make the best use of complex demonstrative exhibits, and is an effective cross-examiner. I have also found that he can often weave his way through a complex issue in a fraction of the time it takes most lawyers I know and explain it to the non-lawyers and lawyers alike in my company. Mark is also good at making sure I'm fully up to date as events occur in litigation, and am able to make informed decisions or provide my leadership with clear details for their decision-making.

I will continue to recommend Mr. Worischeck, we have found him to be the consumate professional with a quick mind& trained ear.

We endorse this lawyer's work. We had a very positive and as it turned out, a significantly rewarding monetary experience working with Mr. Worischeck. We feel his experience and depth of knowledge of the insurance industry as well as his indusrty relationships aided in the results he garnered for our son. His communication skills would challenge anyone's. We always knew what was transpiring and what to expect next during the process. We have felt confident enough of his work that we have and will continue to recommend him to others with legal issues. Whether it is his area of expertise or if he refers it to someone else in his law firm, we know it will be handled professionally.

Mark is an excellent trial lawyer who does a great job understanding facts and representing his clients.

My experience with Attorney Worischeck caused me to conclude that he is extremely well qualified in matters concerning the defense of product liability claims. He has the ability to conceptualize a claim from beginning to end and recommend action to increase the potential for a favorable outcome. Also of importance, he has the respect of court personnel and his peers.

I started working with Mr. Worischeck when he had only been out of law school for a few years, when he was an associate with Sanders & Parks (fka Teilborg, Sanders & Parks). Clearly, I have know Mark for many years. He defended many cases directly for me and also for many others my office; he even took my deposition many years ago when I was plaintiff's expert in a case that he was defending. I have enjoyed working with Mark, and I found that he was responsive to my needs as a claims file handler. Aside from being a good lawyer, Mark is a good guy, which makes working with him all that much more enjoyable.

Mark represented our company in a dispute that to date has lasted several years. He has shown a remarkable ability to quickly learn obscure bits of data and business processes and then not just apply them to his side of the case but to anticipate opposing counsel’s preparations as well. Mark's leadership was of incalculable value during this time as he filed motions, prepared testimony, pored over thousands of pages of evidence etc. He also kept all of us well informed of what was happening and why. His ability to put people not used to the court system at ease was of great personal value to me. There were a few set-backs but Mark was never given to despair or emotion. He simply knew what he was doing, believed strongly in the “rightness” of his client and went about his job with remarkable confidence. He is obviously very intelligent, very capable and knowledgeable about the law, but he is one of the most understated and humble individuals I have had the pleasure to know. People like Mark are very rare indeed and I count it a real pleasure and privilege to recommend him in the highest of regard.

I endorse Mark, he is a smart, hard working and trustworthy lawyer.

Mark and I worked together on a very complex legal matter. Of course he is highly skilled and knowledgeable, but what really sets him apart from the masses is his persuasiveness and communication skills. He is one of the few individuals I have ever encountered that could probably talk a cat off the top of a fish truck. Mark receives my highest recommendation.

I have had the honor of working with Mark for decades, and can attest to his competence and skills. He is an incredible attorney who represents his clients aggressively but wisely.

Lawyers don't get better than Mark.

I have known Mark Woischeck for a number of years. We worked in the same firm twenty some years ago and we recently worked as opposing counsel in an insurance coverage issue. Mark diligently worked to resolve the situation and was practical and expedient. He is a real asset to the legal community and I highly endorse him.

Mark is a top-notch lawyer. He cares about his clients and provides the best legal representation available.

Mark Worischeck is a smart and extremely capable litigator. He is among the most organized and well prepared attorneys in our legal community. Mark's instincts combined with his tremendous work ethic have led to many favorable results for his clients.

Mark is an excellent attorney, and is an expert in his field. I have worked on several cases with Mark, and each has resulted in a significant favorable outcome for his client. I can think of no higher endorsement than stating that if I were looking for counsel to represent me or my family, I would hire Mark.

Mark is the hardest worker I know, and probably the best negotiator I know. When he takes a case, he will not rest until he has put every ounce of his effort into it, and maximized the result for his client, be it a defense verdict or a significant recovery for a plaintiff. Plus he has the litigation team to complement his own personal efforts. When you retain Mark, you are getting a tremendously talented team that comes with him. I would feel entirely comfortable having Mark handle virtually any matter on my behalf.

An excellent litigator and advocate.

I endorse this lawyer's work. Mark is an excellent advocate who is responsive, knowledgeable, and professional. He's a great resource and a solid choice for an attorney.

I endorse this lawyer's work. Mark and I have been on opposing sides and same side of cases. I refer clients to him. His legal work is first rate. Gets great results for clients. Highest ethical standards.

I endorse this lawyer's work. Mark is an excellent attorney. I have referred numerous cases to him and he has consistently met or exceeded the clients' expectations.

Mark is a gifted trial lawyer who gets results for his clients.