Nate is a fifth generation Idahoan, born and raised in southern Idaho.  He holds a degree in Economics and minor in Political Science from Boise State University, where he was elected student body president. Upon graduation he gave the student commencement, and shortly thereafter served as a U.S. Peace Corps volunteer in the former-Soviet Republic of Georgia.

Nate served as a trial defense specialist in the Idaho Army National Guard by providing legal defense services to guardsmen facing criminal and/or adverse employment actions. Presently, he serves as the Brigade Judge Advocate in the Idaho Army National Guard 116th Brigade Headquarters where he advises the command on all military issues and manages a staff of judge advocates and paralegals. Nate is also a member of the Idaho Trial Lawyers Association and the Idaho Association of Criminal Defense Lawyers.

Nate strongly believes in providing ethical and competent legal services to his clients and ensuring his clients’ objectives are best served by their legal rights. He works tirelessly so that his clients receive the full benefits and protections that are guaranteed by the U.S. Constitution and Idaho State Constitution, and all applicable federal, state, and local laws. He is experienced in representing his clients through settlements, trials and appeals. 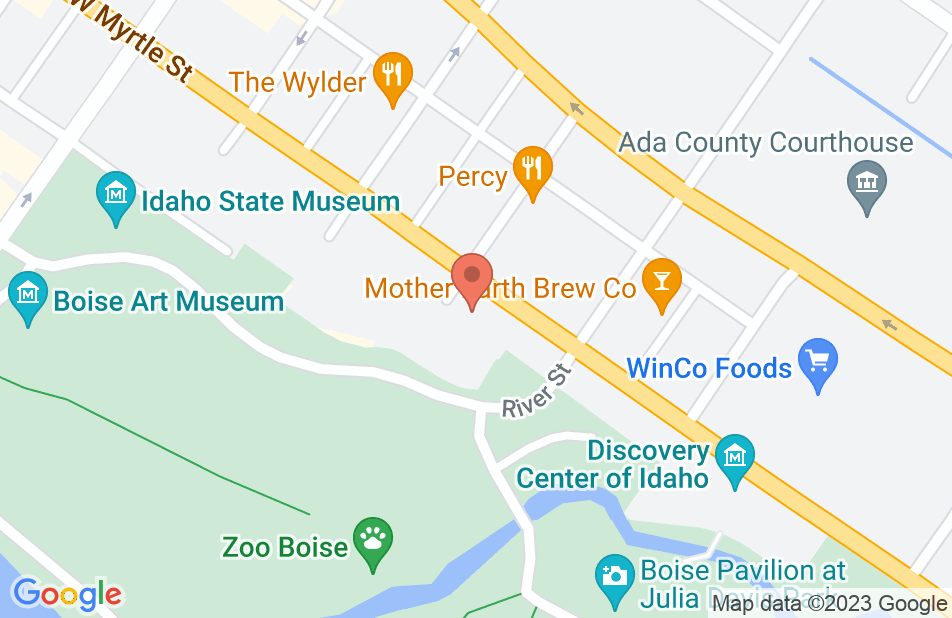 Nate has been a HUGE help throughout my custody agreement with my son’s father. As a single mother I had not the nearest clue what was going to happen and I was referred to Nate by a family friend, from the consultation I knew that he was someone I could rely on and loved how upfront and honest he was with how things were going to go. Both he and Katelynn made me feel at ease whenever I didn’t understand a certain issue and always answered any questions or concerns I had. Despite some unpleasant encounters with the other party they still remained very professional and assertive. I know who I will go to if I ever need help again. They have helped remove a huge weight off my shoulders by being supportive of my decisions and standing by me. They completely understood why I wanted a graduated schedule for a parent with little involvement. You are amazing at what you do and I am forever grateful for you!
This review is from a person who hired this attorney.
Hired attorney

After a 7-month long high-conflict divorce process with another attorney I knew my case was not handled the way it should be. I reached out to a friend who referred me to Nate. Nate had to jump into a very high-conflict divorce litigation process and had to undo a lot of damage done by how my first attorney handled my case. Nate took on the job, buckled down, and put much effort into my case. He did not make promises that he could not keep and always gave his solid and professional opinion when I had questions. I had to learn to trust Nate because I had been burned by my previous counsel, but I listened to Nate, followed through with his legal counsel, and the outcome was better than I could have imagined. Justice was truly served and I would not have been able to get through this nightmare without Nate and his team. He is knowledgeable, competent, and I could tell he was well-respected by the judge and court staff. I would highly recommend Nate to anyone I know who is in need of professional legal services.
This review is from a person who hired this attorney.
Hired attorney

Hiring Nate Peterson Law was by far the best decision I have made. Nate and staff always provide first class service. My opinions are valued, and my doubts reassured. I can - and will - recommend Nate Peterson Law to anyone without hesitation.
This review is from a person who hired this attorney.
Hired attorney

I highly recommend Nate Peterson for his outstanding representation. Nate is a genuinely kind and caring person, as well as being an ethical, knowledgeable and very capable attorney. I felt a huge weight lift off my shoulders when he agreed to take my case; he was caring and compassionate. I would have been lost if I'd tried to handle my case by myself. In court, it was clear that Nate is well respected by other legal professionals. Nate was able to negotiate a much better outcome than I expected, and though he wrote that off to luck, I am sure it was his reputation of integrity that helped my case. Worth every penny. Thank you Nate!!
This review is from a person who hired this attorney.
Hired attorney

Did a fantastic job during my divorce. Kept me well informed and put me at ease through the process. Everything turned out great! I couldn’t be happier!
This review is from a person who hired this attorney.
Hired attorney

My experience with Nate Peterson was Great. He seems to have great wisdom when it comes to the law and thoughtful words. I would recommend him to my friends and family.
This review is from a person who hired this attorney.
Hired attorney

Nate went above and beyond for me, he made me feel very comfortable coming to him with a problem that I had! Other lawyers I had spoken with made me feel uneducated and uninformed. Not Nate, with him I felt heard and understood. Fortunately I did not need legal representation this time but I will never use another lawyer, Nate is my go-to! I would recommend him to anyone looking for legal representation.
This review is from a potential client who consulted with this attorney.
Consulted attorney

Nate has been my lawyer for 6 years now and I am so grateful for him and his services. He has won multiple very nasty custody battles on my behalf as well as contempt cases. He is very knowledgeable and professional and gets the job done.
This review is from a person who hired this attorney.
Hired attorney

Relax, He’s got it covered

After a “less than ideal” situation with another attorney, I was sent to Nate to save me. I could not have been more pleased. Nate won my divorce case and I walked away with my full retirement, my home, and even primary custody of my child! His presence in the courtroom was exceptional and he is hands down the best lawyer I could have hoped for. He and his staff were fantastic with keeping me up to date of the situation and explaining everything before it happened. Anytime I would panic that a detail was slipping through the cracks, Nate would reassure me that everything was covered. You can not go wrong with Nate Peterson Law!
This review is from a person who hired this attorney.
Hired attorney

The professional you need.

Nate is a cool, calm, and strategic professional. He gave us peace of mind through our entire contested adoption process. He developed a winning strategy that solidified our family. His communication with us ensured we were informed during the case. We never felt in the dark, alone, or surprised throughout the long process. Highly recommend Nate Peterson for any legal issues.
This review is from a person who hired this attorney.
Hired attorney
See all reviews

Everyone who practices next to Nate in court has seen how well prepared he is and how well respected he is by everyone in the courtroom. Nate is the epitome of poise.

I met Nate when he was opposing counsel in an extremely contentious case. Nate worked hard with me to fashion a workable resolution, and I was impressed with his professionalism, diligence, and dedication to the interests of his client. Since then, we have had the opportunity to work together more closely, and my opinion of him and his professional capabilities has only improved.

I have known Nate for many years and strongly endorse his legal advocacy skills. Nate is an intelligent, conscientious, and caring lawyer, whom I highly recommend for your criminal defense and general litigation needs.