Ms. Cates is an active member of the Colorado and Denver Bar Associations, and is admitted to practice before the State and County Courts in Colorado.   For her undergraduate education, Ms. Cates received her B.A. in Political Science and Criminal Justice from Stephen F. Austin State University in Nacogdoches, Texas in 2005. Ms. Cates graduated cum laude and received her J.D. from South Texas College of Law in Houston, Texas in May of 2008 and was admitted to the Colorado Bar in October 2008. Ms. Cates joined Bloch & Chapleau, L.L.C. in 2008 shortly after taking the bar exam and became a Member Attorney of Bloch & Chapleau, LLC in January of 2013.

As a parent herself, Ms. Cates is focused on guiding her clients through one of the most difficult times in their life with honesty and compassion while maintaining her role as an aggressive advocate. 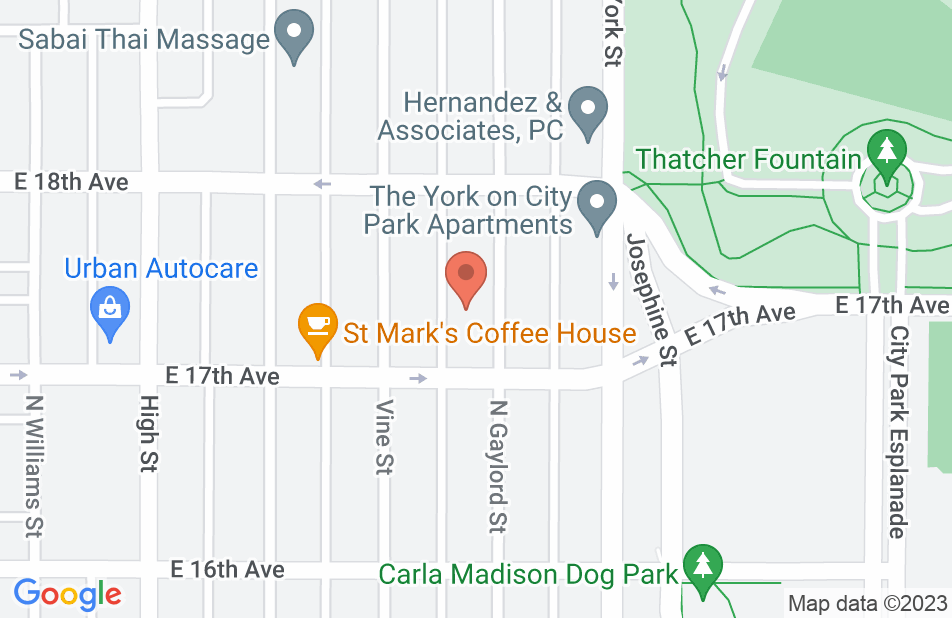 Sara represented me recently when my ex-wife wanted to move out of state with our two daughters. I researched and interviewed a couple of attorneys before selecting Sara. I'm glad I did. Sara knocked it out of the park. I was comfortable and confident from day one. Sara was a pleasure to work with. Very professional and business forward and still easy to talk and work with. My ex-wife withdrew her motion to relocate when our response along with the CFI's identified concluded that it would not be best for my girls to move away from me and the family, school, friends, sports, etc. here. Thank you, Sara!!
This review is from a person who hired this attorney.
Hired attorney

About 2 years after my divorce from my wife, She decided to hire a attorney to renegotiate her spousal maintenance. Sara fought hard on my behalf. She convinced the courts to deny my ex-wife's request based on undeniable facts. She proved our case in a way that was professional, factual and most of all she was aggressive. A heart felt THANK YOU Sara Cates. I can now move on with my life.
This review is from a person who hired this attorney.
Hired attorney
See all reviews

Sara is a respectful Opposing Counsel, who was a pleasure to work against. She is aggressive but not an impediment to settlement. She is well-versed in the law, clearly puts her Client's needs first, but is also extremely reasonable and easy to work with. I very much enjoyed our case together.

Kristine Hoben, Divorce and separation Attorney on Jan 3, 2016
Relationship: Worked together on matter

I endorse this lawyer. Sara Cates is an exceptional attorney and is very knowledgeable about the law. Ms. Cates was professional, courteous and ethical while at the same time strongly advocating for her client. Ms. Cates was very prepared. I would welcome the opportunity to work with her again.

I endorse this lawyer. Ms. Cates is a pleasure to work with. Professional, courteous and efficient.

Jason Marquez, Divorce and separation Attorney on Dec 2, 2015
Relationship: Worked together on matter

Jill Rogers, Divorce and separation Attorney on Apr 9, 2015
Relationship: Other

I endorse this lawyer. Highly respected in the community.

Sara was opposing counsel on a recent case. I found her to be very professional, knowledgeable and personable. She masterfully helped resolve matters without unnecessary litigation. I would highly recommend Sara.

I have had the opportunity to work with Sara on a couple of different cases. Sara is very knowledgeable of the law and was a superior litigator. I would recommend Sara for anyone looking for a family attorney.

Sara is an exceptional litigator and advocate for her clients in family law disputes. Her dedication to her clients and knowledge of the law are unparalleled. I highly endorse Sara.

Sara Cates and I were opposing counsel on a fairly complex dissolution of marriage involving both children and marital assets. Sara was professional in all aspects of our dealings, very quick to identify and respond to issues and we were able to reach a resolution in the case which both parties felt was fair and in their children's best interests. I would look forward to working with Sara again when the opportunity arises.

I endorse this lawyer. Ms. Cates is a very competent and reasonable attorney. She is professional and creative. She represented the opposing party in a recent case and she did an excellent job of representing her client's interests while working together crafting an agreement that met the needs of both parties and the child. I would rate Ms. Cates with the best attorneys in Family Law in the Denver area.

Sara has an unbelievable commitment to her clients. She's aggressive, she's effective, she's knowledgeable, and she gets the job done. I strongly endorse Sara for any family-law related matter.

Sara is a fantastic, smart lawyer. I recently had her as opposing counsel on a family law matter, and she was well-prepared, responsive, and tenacious for her client.