Prior to joining the firm, Megan served as a Deputy District Attorney for the City and County of Denver, Colorado for three and a half years. Megan was appointed by Bill Ritter to run a specialized juvenile federal grant program at the District Attorney's Office wherein she gained invaluable experience in family related legal matters. Accordingly, Megan has extensive court experience trying cases as well as researching and arguing pre-trial matters, including complex legal motions. In 2003, Megan joined Gutterman Griffiths PC as a senior associate. In May 2005, Megan became a shareholder. During her time at Gutterman Griffiths PC, Megan has litigated, mediated and settled all types of family law cases, including dissolution cases, paternity actions, post decree cases, contempt citations, high asset cases, high conflict matters, dependency and neglect cases. Megan has also trained as a family law mediator and arbitrator. In 2006, Megan began a lecture series in Colorado on various family law issues.

While in law school, Megan clerked for the Honorable Larry J. Naves Chief presiding Judge in Denver District Court. Megan received a Bachelor of Arts degree in Communications with an emphasis in Mediation and Conflict Resolution from the University of Colorado at Boulder. 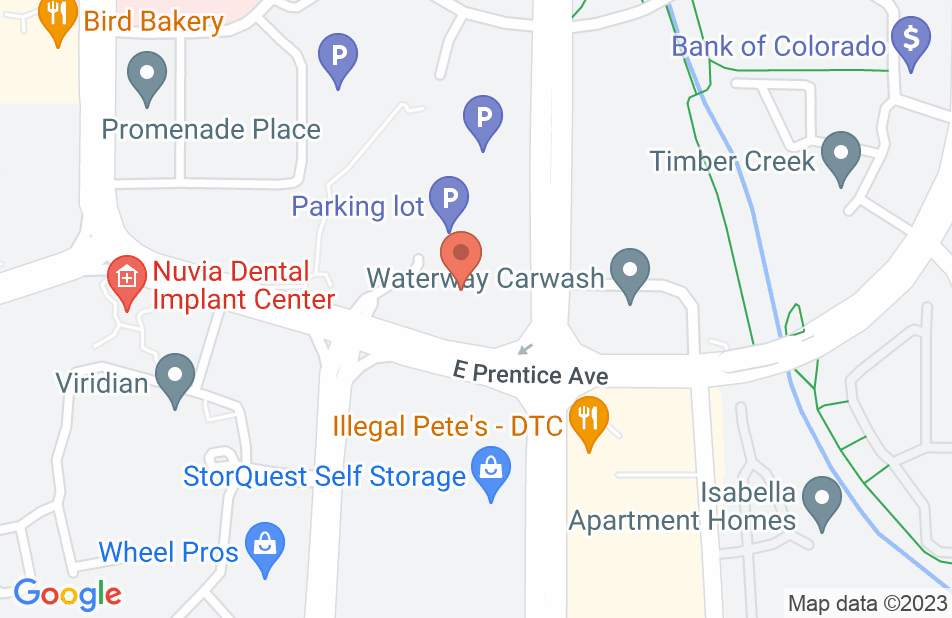 I hired Megan Sheer after meeting with several of the top family law attorneys in Denver. My case was high conflict with custody and assets involved. It was the most stressful time in my life. She and her team did an excellent job. What set her apart was her understanding of my family’s needs, her ability to advocate for my children, and her knowledge of the process. She guided me through everything with a sense of expertise that put me at ease. My divorce is final now and I am fully satisfied with the services provided by Megan and her office. Her paralegal team was also excellent and helped me immeasurably with all of the paperwork and disclosures.
This review is from a person who hired this attorney.
Hired attorney

Megan has been a savior for us in a very high conflict case. I'm not sure how we would have gone through the past few years without her help. Simply put, she treats every decision and fight as if she were making and doing it for her own family and children.
This review is from a person who hired this attorney.
Hired attorney
See all reviews

I've worked with Megan previously as opposing counsel and in the alternative dispute resolution context. Megan is astute with the law and an asset to her clients. Megan has the ability to negotiate meaningful and advantageous settlements for her clients, while maintaining the skill-set required to take matters to trial when necessary. I endorse Megan's family law practice without hesitation.

Megan is a fantastic attorney. She is a pleasure to work with, she is sharp, and she is a fierce advocate for her client. She takes well-reasoned positions. I do not hesitate to refer clients her way.

I unreservedly and enthusiastically endorse Megan. I have had the pleasure to work with her over many years on a number of challenging cases where I was the mediator and she represented one of the divorcing parties. Megan's easy empathy and extraordinary concern and care for her client is evident throughout her representation. At the same time, she is extremely bright and creative and she offers constructive and realistic approaches to settlement discussions -- a sometimes rare and enormously beneficial-to-the-client approach. I consider Megan one of a very few Denver area family law attorneys possessing the skills of client patience, focus and advocacy, settlement realism and creative brilliance. She is simply a uniquely talented family law attorney.

Over the past 10 years I have referred many friends and clients to Megan and her office. Every person I refer to Megan ends up being very satisfied and thanking me for the introduction. Megan has the experience and expertise to handle the most complicated set of circumstances and the tenacity to stand up for her client's interest. She and her staff are truly there to help their clients get the best possible outcome. They are responsive to questions and follow through on all aspects of the case. She is well respected by not only opposing counsel, but also Judges across the state. I will continue to refer people who need the best divorce and family law attorney to Megan. She has my complete trust.

I recently observed Megan as a co-presenter to fellow lawyers in Colorado. At this statewide conference, she gave an extremely thorough and articulate presentation on professionalism in the workplace and courtroom. She is intelligent, passionate, and very highly thought of in the legal community. I would endorse Megan to anyone looking for a family law attorney.

I endorse this lawyer. Highly professional and highly competent. She is one of the best I have worked with and is a tremendously skilled adversary.

Megan is very smart and listens to the concerns of her clients before she decides on an approach. She can handle complex cases very effectively and is known for leveling the playing field against financially stronger opponents.