Protecting the rights of individuals. Over a decade of experience. For a free consultation, call

I have been practicing criminal law in Collin, Dallas, Denton, Grayson, Fannin, and Hunt counties since November 2004. I was born in Arlington, Texas on December 22, 1974.  I graduated from Texas Christian University with a B.S. in Biology in 1998.  He received his Juris Doctor at S.M.U. School of Law in 2004.  He was admitted to the Bar in November 2004.  I believe my educational background in Biology makes me uniquely suited to handle criminal cases involving scientific evidence such as DWI, drug cases, Assualt cases dealing with DNA evidence and Burglary/Theft cases where fingerprint analysis is sometimes used.

I have been an active member in the Boy Scouts of America and obtained the ranking of Eagle Scout.  Russ has a son, Alex Baker, who is 20 years old.

I am also an avid hunter, fisherman, and firearms enthusiast.  I also enjoy fly-fishing and watching my son play soccer. 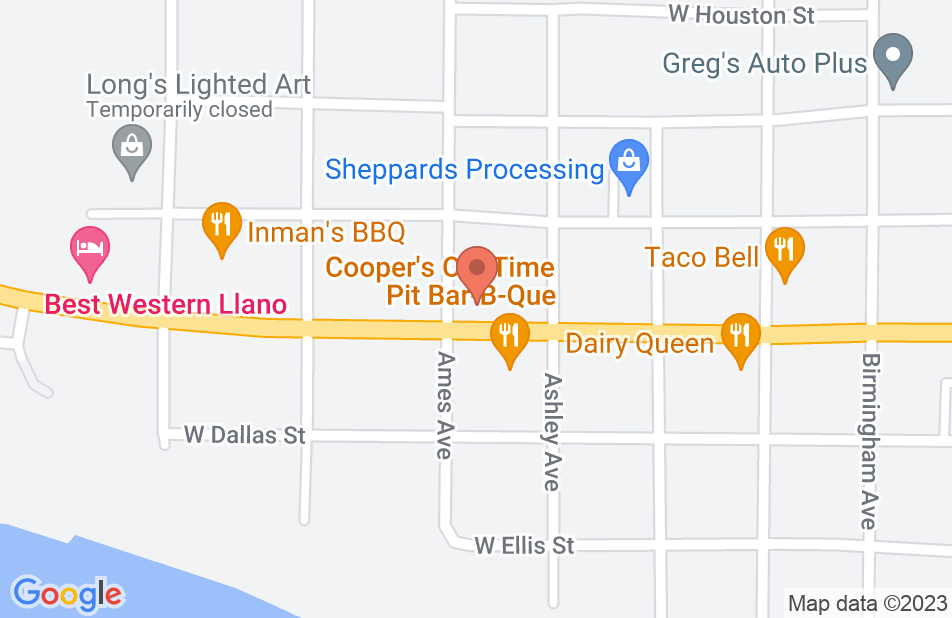 Russ represented me in a criminal suit where he put together a solid legal strategy that proved successful. I had never dealt with the criminal justice system and was fearful they would chew me up and spit me out. He was very methodical in handling my case and in the end, got me out of a serious jam. After I was found innocent, Russ got me an expungement which made the entire arrest record (including my mug shot on the internet) go away. Great Job Russ!
This review is from a person who hired this attorney.
Hired attorney

Russ really worked with the District Attorney to help find the best plea deal available and I avoided additional fines. I would highly recommend his expertise!
This review is from a person who hired this attorney.
Hired attorney

Better than I could have ever hoped for

My experience with Russ has been a consistently great one. He is passionate about taking care of, and fighting for, his clients. I was extremely impressed by how willing he was to deeply research anew the (incredibly laborious to read) actual statutes in both state and federal law to make sure that my case was handled from the most knowledgeable standpoint possible. These were statutes that he works with every day, and he knows them almost by heart. However, his research allowed us to utilize the law in a way that, to the best of either of our knowledge, has never been done before (regarding my specific kind of case). There were never any complaints about anything being a hassle or even anything close to that. He always treated me as though we were simply a unified team - he fought for me as if he were fighting for himself, which means the world when you're facing any troubles, let alone legal ones. I could not be happier to have decided on Russ. He's just an awesome guy to work with. You will come away from the experience, not just impressed by his knowledge and tenacity, but also feeling like you've got a real friend in your corner. He's a great guy to talk to, just in general, not just about your case. You won't regret working with Russ, I assure you. Best of luck to you in whatever situation you're facing. Thanks again, Russ!
This review is from a person who hired this attorney.
Hired attorney

Russ did an awesome job. He made sure we always understood everything, he did what he said he would do, he kept us informed on what was going on with our case. He let us know that he cared for his clients and he would do all he could do for us. He proved that to be true. He puts his heart in his work, and we seen that from day 1. He was court appointed, but out of any attorneys that we used in the past, court appointed and hired, he was by far the best we have ever had. We are very happy with the results. I would highly recommend Russ Baker to be your attorney.

Amazing Attorney And A Must Have!

I thank God everyday I'm able to wake up I met this man. Sometimes the choices you make are not the greatest and the judicial system makes you out to be a vigilante and you do not feel like putting up a fight. I originally had a felony 2 charge which was in the process of being revoked and Russ took the time to sit back and listen to my case and made a honest decision about the advice he had on my case. He is one hundred percent dedicated and i have personally experienced the wrath he brings into the courtroom over the course of ten years(if I hadn't continued to make dumb choices....would not have been that long) I would not ever dream of pursuing another attorney on any situation unless Russ were to say it. This man is hands down the attorney you need to retain. If I had Russ from the beginning I would not have had to have the privilege of his services for as long as I have. God works in amazing ways in my world and He definitely made sure Russ was the reminder. He will make sure you have every opportunity at your disposal to improve your case to the best outcome possible. In my opinion it doesn't matter where you're located it's worth the time, money, and gas to sit down with him and have a chat! Thank You Russ

He is an excellent attorney. Highly recommended!

Russ is an excellent attorney. knowledgeable and a positive person. He will fight your case, no matter what, as he did for mine. Although he was a court appointed attorney for me, he did not put any less time and effort as if he was hired by me. I had a class A assault charge, and despite the fact that I was innocent, I did not have much evidences to prove my innocence. I was about to giving up and accept the D.A. Plea offer of 2 years of Probation Class A plus +1500$ fine (Conviction). By his confidence, he convinced me that we were going to win that court. He literally did not let me to accept the offer. I trusted him, and the result is that just a week ago my charge decreased to a class C misdemeanor, and it disposed (differed adjudication), where 6 month from now, it is going to be dismissed. I don't know what to say about this man, but I sure know that I won't ever forget him and what he did for me. He saved my career, he saved my future. Best Luck Russ, Amir

Best lawyer we have ever used.

Russ far exceeded all of our expectations and he kept us informed at all times, taking a lot of worry off our family. His results could not have been better as the case was totally dismissed. We will always use Russ when the need arises.

Russ did a great job on my case, he went far above what he said he would do for me and kept the cost to a minimum. I would highly recommend him to anyone.

I never thought i'd need an attorny for anything, in my life. I also never thought a court-appointed attorny would care as much about my case, if he/she would if I hired them, but he helped me through it all. Even when I was called as a witness, for a trial, that had nothing to do with my case, he couched me on how to answer all the questions, and how I could word my answers, in a less disorganized way. I was very frightened and it was hard for me to open up. But he never gave up, and it is my impression that he never gives up on his clients, or cases. I would definatly recommend this attorny to anyone that needs the help.

Mr. Baker an excellent advocate for his clients, fighting tooth and nail to get them the best results in their case!

Mr. Baker is an aggressive criminal defense attorney who will continuously fight for his clients!

As a DA in Collin County and a defense attorney in the DFW area, I have had the pleasure of both going against and working with Mr. Baker on criminal matters. Russ is one of the most knowledgable and hardest working attorneys that I've met. If you have a criminal matter, Russ has the experience to represent you with the highest level of care and expertise.

Russ Baker is a hard working, talented trial lawyer. I endorse his work and would recommend Mr. Baker to anyone seeking a criminal lawyer in or around McKinney, Texas.

Russ certainly knows his stuff and does great work for his clients.

I endorse Russ. He is a highly skilled attorney that is well respected in the legal community.

I endorse this lawyer's work. Hard worker, good guy. Knows his stuff and fight for his clients.

I endorse this lawyer's work. Russ is a great criminal defense attorney, and his clients are always happy with his work. He is highly knowledgable in criminal law, and well-respected in his field.