Benjamin Trotter is based in our San Antonio office and specializes in both litigation and transactional matters. His practice centers around debt defense against debt collectors and credit card companies, oil and gas negotiations, real estate matters, business contract negotiation and disputes, and criminal defense.

Ben has been a partner with The Rutherford Law Firm since 2015. During this time, he has zealously represented individuals in cases against debt collectors and credit card companies. He has also represented numerous land owners, contractors, and businesses in various disputes and negotiations. Ben also takes pride in his work in criminal cases by representing his clients in their time of need.

Prior to joining the Rutherford Law Firm, Ben worked as an Independent Petroleum Consultant for various oil and gas companies in the Eagle Ford Shale. During this time, Ben negotiated with landowners on the behalf of oil companies and drafted various legal documents to ensure oil and gas units were operation ready.

During law school, Ben was a Dean’s Scholarship Recipient, selected as a member of the prestigious law fraternity Phi Delta Phi, and a was included on the Dean’s List. As a law student, Ben clerked for three different law firms in San Antonio as well as the United States Attorney’s Office for the Eastern District of Texas.

Before attending law school, Ben worked as a Legislative Aide in the Texas State House of Representatives for the Honorable David Farabee. He also worked on multiple statewide and local political campaigns. Ben obtained his undergraduate degree from The University of Texas at Austin where he served in leadership positions in various campus organizations and was a member of the service organization Texas Cowboys.

Ben spends his free time with his wife, Lauren, their son Townes, and their rescue dog Anna. When he is not in the office, you can find Ben on the golf course, cheering on the Longhorns at Darrell K. Royal Memorial Stadium, or watching one of his other favorite teams. 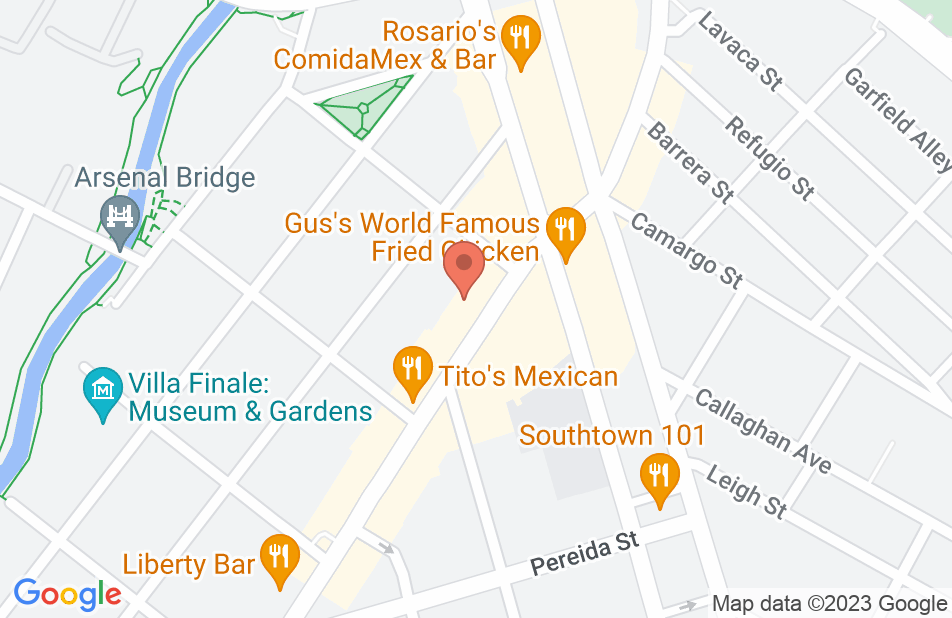 Hiring Ben Trotter was the best decision I could have made! I was notified that I had 2 cases against me by the same company. I sought the advice of friends and some of them referred me to other attorneys. Some of those attorneys never returned my calls or requests for calls via their websites. One attorney, who came highly recommended by a lawyer friend of mine, told me I'd be better off saving the money I would have used to pay her and pay the lawsuits with it. Then, I did my own research and happened upon Ben Trotter. I contacted him, told him the situation, emailed him some of the documentation I had received and within hours he contacted me back with options. After that call, I hired Ben Trotter to handle my cases. Ben's knowledge of debt settlement law is incredible. Every time we spoke he gave me the facts so that I could make a more educated decision. He would tell me what the best and worst case scenarios were. He was very thorough and followed up with me regularly. Before hiring an attorney, I was concerned that I might be coerced into making certain decisions that were perhaps not my best options, simply because it was less work for the lawyer. With Ben, I never felt pressured to make one decision over the other, and always felt comfortable with my decisions based on his explanations of my options. Although I know this will not happen with every case, in my particular situation Ben was able to get both of my cases dismissed. I would highly recommend Ben Trotter and I would hire him again if needed.
This review is from a person who hired this attorney.
Hired attorney

Ben represented me in a business contract issue. He is a man of his word and did what he committed to do in a timely fashion. When I called or emailed he responded that day. He protected me and always had my best interest on the forefront. The best part is he won my case and I was awarded money and his fee was reasonable. I would highly recommend Ben he was a pleasure to work with on this case.
This review is from a person who hired this attorney.
Hired attorney

A clear and direct Lawyer

I had a great experience with Ben Trotter representing me. Once I found out that I was being sued for old debt that I had forgotten about, I was in panic. I wanted to quickly end this lawsuit and clear my name. I filled out a quick online consultation and Ben called me the next day. Ben was straightforward with how he was going to represent me and the cost of his service. Throughout the ordeal I was in direct contact with Ben. He called me directly to keep me updated and he always answered the phone. Ben called me with a final update saying the company that was filing the lawsuit had now ceased all legal actions. Ben was honest with me, he said that this company could refile the lawsuit but he ensured me he would again represent me.
This review is from a person who hired this attorney.
Hired attorney

You don't often find lawyers who are good book lawyers and good courtroom lawyers. Ben is in that select group. He cares about his clients, he understands the issues involved in their cases, and he knows how to win.

Mr. Trotter is an incredibly diligent and talented attorney, who remains professional with all parties involved in a case. He zealous represents his client's best interests and goes the extra mile to help them secure the best possible outcome.

Smart. Knowledgeable. Aggressive. These are just a few of the adjectives I would use to describe this attorney. Mr. Trotter possesses a clarity of mind and a work ethic that will bring your legal matter to a successful resolution. I wholeheartedly endorse this attorney.

A trustworthy, hard-working gentleman, whom I recommend to anybody I can.

Ben is a zealous young lawyer. He is one-hundred percent committed to his clients and the law. He has been a great addition to our firm.

Ben is an intelligent, skilled, and hard working litigator. He will zealously represent his clients in all matters. I would highly recommend to anyone seeking legal representation and will continue to refer clients to him.