Kyle Crowl is an experienced trial attorney and a former Montgomery County prosecutor who specializes and is passionate about matters of criminal defense and family law. Kyle was born and raised in Montgomery County and graduated from Conroe High School in 2005.

Kyle attended Texas Tech University and while there was deeply involved with the Student Government Association and advocating on behalf of students to the administration including but not limited to helping convince the administration to not raise student fees once during his tenure. He was elected and appointed to countless positions within the student government and his various organizations. This is where Kyle built the foundation for the leadership he shows both in his professional and personal life to this day. Upon completion of his undergrad studies, Kyle attended Texas Tech School of Law and while there he was selected to be on the law school’s prestigious mock trial team to compete against law schools all across the country. While in school he also had the opportunity to work as an intern for a Montgomery County District Court, a criminal defense and family law firm and finally the Montgomery County District Attorney’s Office and received a provisional bar card his final year of law school in order to be able to represent indigent clients in family law matters through Tech Law’s Family Law Clinic.

After graduating Law School Kyle was hired as an Assistant District Attorney for Montgomery County, Texas before even passing the bar exam.  During his 4 and half years at the District Attorney’s office, Kyle began as a misdemeanor prosecutor, prosecuting hundreds of cases including but not limited to DWI, assault, possession of marijuana and all kinds of traffic violations. Kyle was promoted to become a felony prosecutor after only one year in the misdemeanor division. He began prosecuting and trying all levels of felony cases for several years including but not limited to possession of drugs, drug dealing cases, felony assaults including family violence and aggravated cases, robberies and felony DWI’s. Kyle was promoted again to serve as a misdemeanor chief prosecutor where he served as the supervising prosecutor over the prosecutors placed in both County Court of Law 4 and County Court of Law 5.  Over the course of his four and a half years at the District Attorney’s Office Kyle served as trial counsel for dozens of jury trials in almost every criminal court in Montgomery County Texas.

Kyle resigned the District Attorney’s Office in January of 2018 in order to spend more time with his family and open a private practice with his brother in their hometown of Conroe, Texas.  Kyle is a member of the Texas Criminal Defense Lawyers Association and the Montgomery County Criminal Defense Lawyer’s Association, Montgomery County Bar Association, Texas Young Lawyers Association, the National Rifle Association and First United Methodist Church of the Woodlands.   When he’s not working, Kyle enjoys traveling, spending time with friends and family, watching any and all sports especially played by Texas Tech. Kyle shares along with his brother a passion for navigating his clients through the complicated, stressful and often frightening world of criminal and family law. 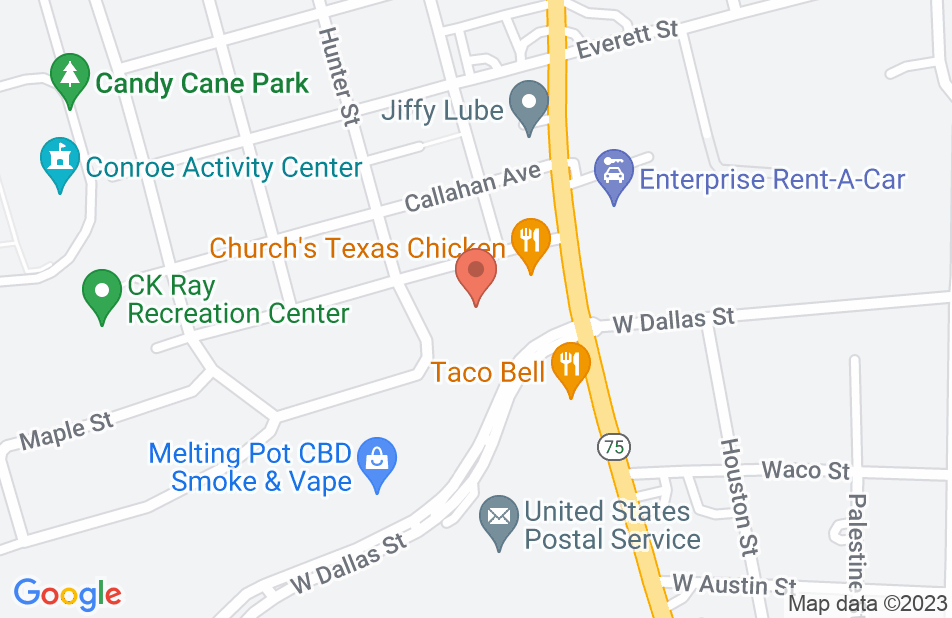 These guys are hands down some of the best attorneys you could ask for. They're informative, fair, and honest but most importantly, these two are very well versed in the law and know what they're doing in all the processes of the trial. The set of unfortunate circumstances I encountered seemed unwinnable, but Kyle believed we could win and I'm glad I listened! Kyle and Chad work amazingly as a team and they were able to win with the odds not stacked in my favor. I'm extremely grateful for what they did for me and would recommend them to everyone and anyone needing legal help! 5 out of 5 stars
This review is from a person who hired this attorney.
Hired attorney

The best most diligent attorney I have represent me yet!

I as a motorcycle rider I have never been through a court case in which all accusations were dimissed fully. Mr. Crowl held up to his end every step of the way and broke down each session and what all had to be included with ease and made court very short and victorious at that!! Thanks you for being so relaible and deligent. I would recommend you to all the riders I know. Hoping they are as fortunate to have an attorney with your passion and expertise
This review is from a person who hired this attorney.
Hired attorney
See all reviews

I worked with Kyle when we were both assistant DA's in Montgomery County. He is a smart, aggressive lawyer. You can't go wrong having him on your side!

I endorse this lawyer. I worked on several cases with Mr. Crowl when he was a prosecutor. I always found him to be fair, honorable, and reasonable. He cares about his clients and, working with his brother, you will receive great legal representation if you hire them.

I worked with Mr. Crowl for many years. His skill in the courtroom and legal knowledge was well known in the office. I wouldn't hesitate to trust him with any legal matter that might befall myself or a loved one in his area of practice.

Kyle is an extremely talented lawyer. Liked by all, respected by all and very effective in the courtroom. I would recommend Kyle to handle any type of criminal matter you might be facing.

Kyle is an awesome attorney and a great dude! I worked with him at the Montgomery County District Attorney's Office and I can say with confidence that he's exactly what you want in a lawyer. He knows what he's doing, he's confident without being arrogant, and he's just a solid lawyer all the way around. I'd trust him to handle my own case if that was ever necessary, and that should tell you all you need to know!

Kyle Crowl is a great lawyer. He is very persuasive in the court room and liked by all. He gives his clients the attention and guidance they deserve. I would feel very comfortable with Kyle Crowl as my attorney.

I have known Kyle for many years, and he has always conducted himself with integrity and professionalism. He's a very experienced trial lawyer and a credit to the legal community. You cannot go wrong hiring Kyle.

Kyle is a former prosecutor and now a hard-nosed defense attorney. Anyone looking for a great attorney that knows how to maneuver the legal system to their best interest can't go wrong with Kyle.

Mr. Crowl and I have opposed each other on many types of cases and he was always prepared, confident and pleasant to negotiate with. That being said once he is in trial he can and will be very aggressive and passionate about his case. He was an excellent advocate for The State of Texas and I know is and will continue to be an excellent advocate for every one of his clients.

Brittany Sloan, Estate planning Attorney on May 14, 2018
Relationship: Worked together on matter

Mr. Crowl is a thoughtful, earnest advocate who will fight for his clients. He is experienced and skilfull at trial and in negotiation.