Mr. Ivey was born in Galveston, Texas and is a proud fourth generation Texan. He graduated from the University of Texas at Austin in 1989 with a degree in Economics. He attended South Texas College of Law in Houston, Texas and was awarded his Doctor of Jurisprudence in 1992.  He was granted Board Certification in Personal Injury Trial Law by the Texas Board of Legal Specialization in 2004.

Mr. Ivey is "AV" rated by the Martindale-Hubble Legal Directory©, the oldest legal rating system in the country and the highest rating of excellence a lawyer can achieve. AV© Peer Review Rating shows that a lawyer has reached the height of professional excellence. He or she has usually practiced law for many years, and is recognized for the highest levels of skill and integrity.

Beginning in 2007 to the present, Mr. Ivey was named a Super Lawyer in Personal Injury Law as published in Texas Monthly Magazine by Thomson Reuters.  This honor is bestowed upon no more than 5% of lawyers in the State of Texas and is given only after an exhaustive selection process.  Prior thereto, in 2004 and 2005, Mr. Ivey was recognized as a leading lawyer under the age of 40 whereby he was named to the list of Super Lawyers - Texas Rising Stars for two consecutive years.

Mr. Ivey was recognized multiple years by H Texas Magazine as a Lawyer for the People - Personal Injury and as one of Houston's Top Lawyers - Personal Injury Law over the past serveral years.  Those honors were based on over 10,000 ballots that were sent to lawyers in the Houston area whereby those lawyers were asked to vote for one of their colleagues that they have seen in action, and also on votes received from the magazine's readers.

Currently, Mr. Ivey is listed as a Top 100 Trial Lawyers in Texas by the National Trial Lawyers.  Only the top 100 lawyers for each state in the USA initially gained this recognition.

Beginning in 2016 to the present, Mr. Ivey was named to the Nation's Top One Percent, as listed by the National Association of Distinguished Counsel, demonstrating his firm is a nationally regarded practice devoted to personal injury trial law.

Mr. Ivey is married to Jane and they have three children. 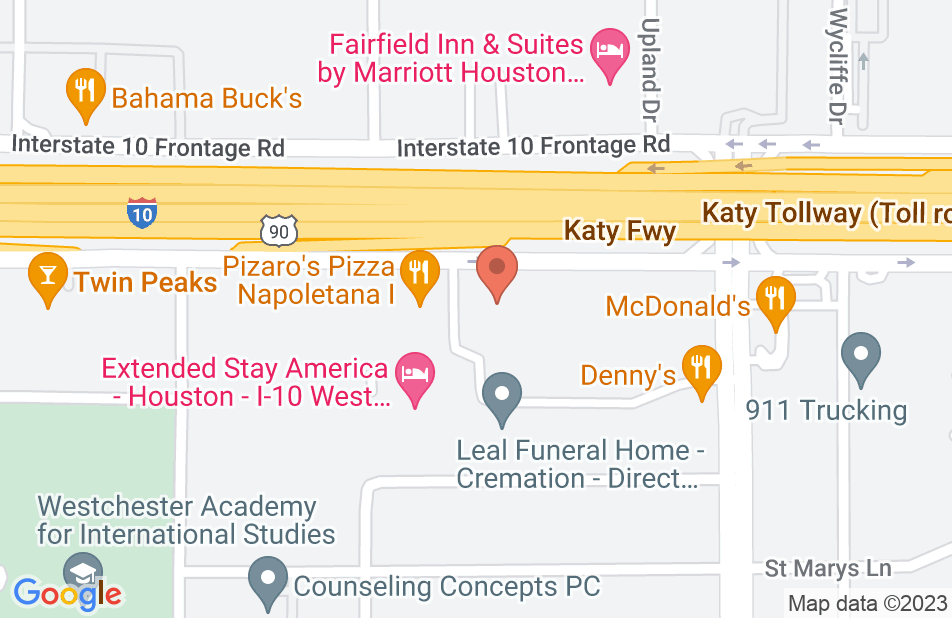 My son was hit by a pickup truck and broke his leg. He had to go to the hospital and have surgery. Then the driver of the truck refused to say he was at fault for hurting my son. His insurance company would not pay any of the bills from the hospital which were thousands of dollars. I hired Ivey Law Firm to help get the money for the medical bills. Todd Ivey and his staff had to file a lawsuit to make the insurance company pay. With his help, we got the full policy limit and my son's medical bills were paid and he now has money for college. He did a great job and I highly recommend him.

I thank Ivey Law Firm and Jack Todd Ivey for the great job he did for my son and I. He help us during a difficult time and made sure we got everything the law allows for. I highly recommend him.

Todd and I have had many cases together. He is a great advocate for his clients and does a super job. I highly endorse him.

The field of personal injury law can be complicated and trying. Having an experienced lawyer like Mr. Jack Ivey on your side will ensure your rights remain protected and your interests fought for. His presence on AVVO has been an invaluable asset to those seeking answers to complicated legal questions. He has proven himself as client-centered, competent and passionate. I endorse this lawyer.

I endorse this lawyer. He's tough, smart and a winner.

Highly respected in the legal community, I endorse this lawyer.