Samuel J. King joined McCathern, PLLC as an associate in 2017. Sam is a litigator who represents plaintiffs and defendants in commercial, construction, personal-injury and other kinds of matters. He practices in McCathern’s office at The Star in Frisco, Texas, and he is part of the McCathern team that represents the Dallas Cowboys Football Club and related entities, among other clients.

Sam was born and raised in Dallas County. He graduated from Irving’s MacArthur High School in 1991. He earned a bachelor of arts from Texas Tech University in 1997 and a juris doctorate from the University of Houston Law Center in 2000. He has been admitted to practice law by the State Bar of Texas since 2000 and is a member of its Litigation, Construction and Insurance Law Sections.

Sam has lived in Mexico, England and Scotland and has visited all 50 U.S. states. In addition to travel, in his free time he spends time with family and volunteers for causes like United Way of Metropolitan Dallas. 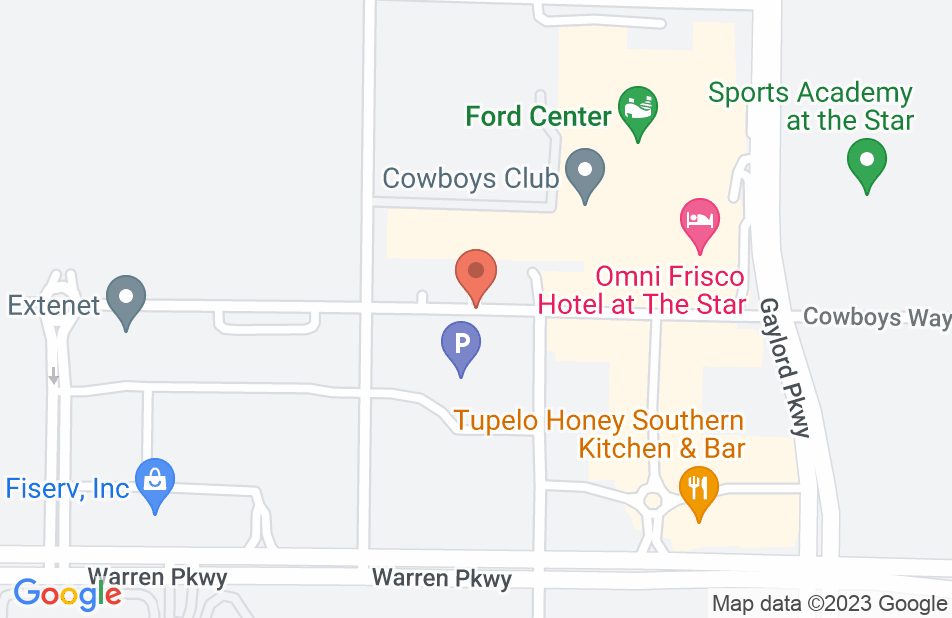 Mr. King was my kind of guy. He was patient, thorough, creative and very personable. I found myself enjoying our discussions. He showed a genuine concern for my situation and followed up with me very well on any thoughts or changes.

Very Impressed With Professionalism and Communication

I consulted with Mr. King concerning a family business matter, and felt that he was giving me his full attention on all details. I am confident that if I need Mr. King's help in the future to address my problem, he has the experience and knowledge to resolve my issue.

Sam helped us out with a dispute with a former land Lord. He was able to mitigate the issue. This firm is very professional and great at communicating.

Very professional, he went out of his way to help me with civil issue i had. This a well ran firm, will use soon for LLC submission. Thanks SAM !!

I was directed to Mr. King by rocketlawyer.com and cannot find one negative thing about my experience with him. He is incredibly knowledgeable and was able to assist me in revising a document. His expertise, responsiveness and ability to breakdown legal jargon for someone like myself was unprecedented. I've worked with several attorneys and have never had this kind confidence in someone. I take my business dealings incredibly serious -- as everyone should and probably goes without saying -- and I feel comfortable knowing Mr. King will be someone I work with in the future.

If Superman was an attorney, his name would be Sam King!!!

I have used Sam King as a business attorney for 2 years and his knowledge and expertise far exceeds that of any attorney I have ever met. Not only does be bend over backwards at every occasion, he bills me at a rate which is always a pleasant surprise. He is hands down the best business attorney in all of Dallas

I had a consultation with Mr.King on assignment of membership interest in a company. Mr.King reviewed my plan and my paperwork and confirmed what I was doing was towards the right direction. He was very helpful and understanding.

Sam did a great job keeping me in the loop with my case. He set a realistc expectation upfront whenever I chose a specific course of action or made a request.

A Knowledgeable and Responsible Attorney

Sam is knowledgable and responsive. When I asked Sam to do something or check on something, I could "consider it done." Sam was also knowledgable about and explained the policies of his firm and the procedures in the industry well. I would welcome an opportunity to work with Sam again.

Sam is a great attorney with a pleasant attitude and unmatched zeal when advocating on behalf of his clients.

Sam is a fantastic attorney and a great person. I highly recommend him!

I endorse this lawyer. Sam is an excellent lawyer. When I refer my clients to Sam, I am confident that he will provide them with top-notch legal services.

Nathan Graham, Bankruptcy and debt Attorney on May 3, 2013
Relationship: Co-worker

Sam is an excellent litigation attorney. He is calm under pressure, unphased by unexpected challenges, and capable of representing clients in many types of legal issues. I strongly endorse this attorney.