Dedicated to resolving your legal issues.

Ryan is married with two children.  When he is not working, Ryan enjoys time with his family, watching his teams win games, trying his hand at home maintenance, and cheesy science fiction books. 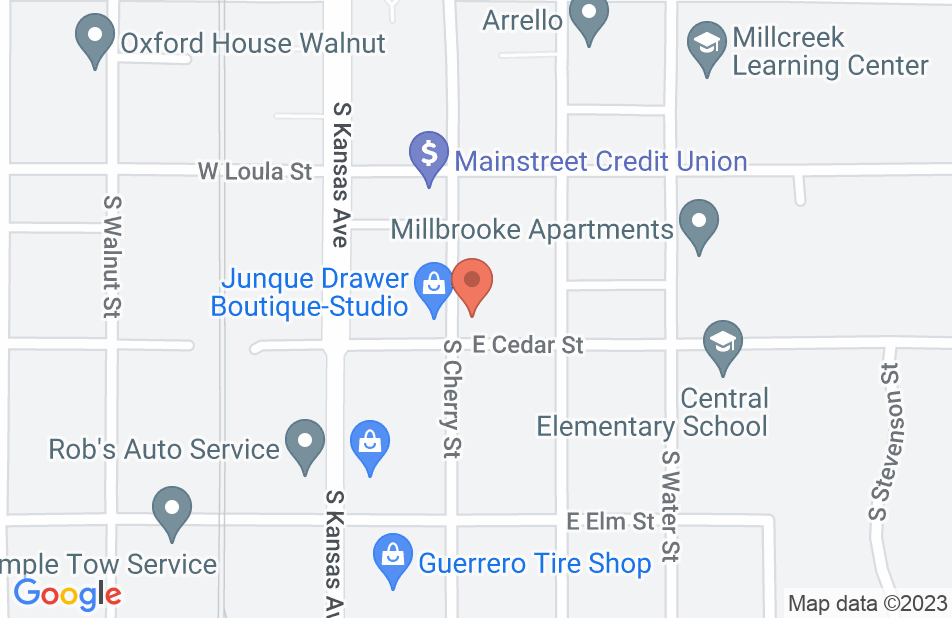 I contacted Ryan to help me with a PFA matter. I found him very professional, knowledgeable and resourceful. Working with him was easy and pleasant. He responded quickly, and picked up the phone when I called. It was not uncommon for Ryan to respond to emails late at night even. Overall a great guy with a good heart and cares.
This review is from a person who hired this attorney.
Hired attorney

This is the guy you want in your corner!

I've used Ryan on multiple occasions for everything from traffic, to custody issues, to priceless legal advice. He's easy to work with, and will shoot you straight. I recommended him to my family, and he has taken care of anyone that I have sent his way. Not only do I recommend him, but if I run into any other issues that are in his wheelhouse oh, I will continue to use him myself.
This review is from a person who hired this attorney.
Hired attorney

Ryan in my back pocket!

I hires Ryan for my divorce. When I was lost and needed answers to my questions, I honestly felt like Ryan was in my back pocket. He would always answer or reply to my calls, texts, emails, and calls in a timely manner. What Ryan said would happen, happened. He’s a reliable, honest and hard working lawyer. I would recommend him highly!
This review is from a person who hired this attorney.
Hired attorney

Wish I could give a sixth star

Ryan saved us. That’s the best way to describe it. A horrible, messy, complicated divorce with issues you hear about in newspapers but KNOW could never happen to you. He dealt with multiple emergency motions, crazy ex’s, the GAL and an opposing attorney that slowed everything down at every opportunity. Ryan has been by my side for the last three years dealing with it all. I can’t recommend him highly enough.
This review is from a person who hired this attorney.
Hired attorney

If Mr. Evans knew who this came from, he would be shocked. I initially retained Mr. Evans for a divorce. At the time, I was very emotional and really wanted to destroy my ex. I heard from some friends that Ryan was a "shark" and a "bulldog" and went to him for that reason. Originally, my wife attempted to kick me out of the home and get sole custody of the children with supervised parenting time. Ryan did a great job in obtaining a settlement on the temp. orders, keeping me in the home and preventing me from paying child support and alimony although I had to continue to pay the housing expenses as I had done before that. As the case proceeded, he gave me advice as to what he thought was going to happen if we went to court and I didn't like what I was hearing. I thought he wasn't fighting for me so I fired him and got another attorney. I was surprised that he sent my attorney some of my money back and thought, at the time, he did it because he knew he wasn't fighting for me. Anyways, I went and hired another attorney who told me everything I wanted to hear. They "advised" me to take the matter to trial to try to get a better deal. They assured me that I would get a better settlement offer if I kept fighting. No better settlement offer came. We took the matter to trial. About 10 thousand dollars in attorney fees, costs, and other expenses later, I ended up about the same place that Mr. Evans originally advised me would most likely happen. After the judge came down with her ruling, I reviewed a letter from Mr. Evans from 10 months prior telling me what he thought would happen if this ended in trial, and he was remarkably accurate. The judge even used some of the words in her decision that Mr. Evans used in his letter as to why I wouldn't get this and why I was going to pay child support in this amount. What got me was that, in the letter to me, he advised that I would save several thousand dollars in fees and expenses if I took the deal he had discussed with opposing counsel. I am sure I am just one example, but what I can tell you is that Mr. Evans got it right in my case, and I wish I had listened to him in the first place. In addition, a friend of mine hired him on a child support review after I told him to hire him, and Mr. Evans not only got his child support number lowered, but 50/50 time between him and his daughter. My friend would give him 5 stars as well.
This review is from a person who hired this attorney.
Hired attorney

THE BEST ATTORNEY IN KANSAS AND MISSOURI ESPECIALLY JOHNSON COUNTY!

I have had many lawyers. Ryan Evans is by far the best. He answers very quickly. My case actually cases were very difficult. He stuck by my side and is a WINNER! My grandfather always says trust nobody..but trust me..you CAN TRUST RYAN. He is the best and if he can't help you hr can direct you to someone who can. He also treats you like family. He has a baby on the way and really carries about his clients. He has gone above and beyond for me. Even though sometimes I take my own advice... He is usually 99% right and I am wrong.. He says "Lauren you can lead a horse to water but can't force them to drink it." Everything he has advised me has been right.. But me being stubborn. From now on I listen to him. He is great. He works out of Olathe Kansas. Faster service is to email [email protected] 9139086558

I needed an attorney for a landlord / tenant dispute as I had I e nasty landlord. Ryan was very good, straight forward and up front attorney. He always explained things so I would understand my rights and defended those rights. I would highly recommend him to anyone.

Ryan was recommended by a counselor who said " I know a lawyer who helps fathers like you". I immediately got in contact with Ryan and made the first move to begin the case. My case went rather calmly and quietly, as I kept my mouth shut in court and let Ryan do his job. I talked to Ryan many evenings about my case and felt like Ryan understood what I was going through. Ryan listened like a friend would do, and gave back much needed advice. Ryan Evens knows the system and is confident in his ability to win cases. Ryan was always honest with me and didn't pull any punches, i liked that as i knew what to expect and was always informed on the susituation. Ryan Evens Won My Case!!! The biggest change was, I finally had a set of ground rules to abide by and so did my Ex. So this changed everything, meaning my life with my SON!!!!! Ryan did a spectacular job for me and was very inexpensive because of his ability to end the case quickly. When other fathers talk about thier situation that is similar to mine, I can honestly say "I know a lawyer who helps fathers like you" for now, my life with my Son has went back to normal. Much needed in all of our lives. Thank You, Ryan Evens

Mr. Evans handled a very NASTY divorce, that required some delicate and intricate maneuvers that one would think beyond his years--but he was very deft in handling it. My spouses attorney even tried some actions that were both unethical and illegal--and his mistakes came in handy as negotiating leverage. The anger and the backwash of the divorce led me into some other difficulties--which Mr. Evans dug me out of. He has a genuine and obvious concern for his clients. His knowledge of the players--other attorneys, prosecutors, judges is very helpful in planning strategies as well. I HIGHLY HIGHLY recommend him!

Ryan is a very skilled and dedicated attorney who works tirelessly for his clients best interests. He's adept at research, writing, and oral argument, so clients can rest assured that Ryan will have the solid arguments based in legal authority to support their legal goals. Though, Ryan is also quite focused on working collaboratively with opposing counsel to resolve issues that don't need to be litigated. From counsel to client, Ryan is just great to work with and I would recommend him to any one looking for a good attorney who will work hard on their case.

I endorse this lawyer. Ryan is a highly knowledgeable and skilled attorney.