You have rights! Need an attorney willing to fight for them? Give me a call today!

Jessica Sokoloff is a passionate criminal defense attorney who has represented hundreds of clients on a range of cases in city, state, and federal courts, in Kansas, Missouri, and California.

Jessica has built her reputation as a committed advocate and skilled trial attorney representing clients facing charges including:

Jessica's passion for her work comes from her belief that everyone who is charged with a crime deserves an attorney who will fight to ensure their rights are protected.

After graduating from Santa Clara University Law School, Jessica was offered a position at one of Los Angeles’ most prominent criminal defense firms. At that firm, one of the region’s premiere drug defense specialty firms, Jessica honed her skills, representing clients in cases throughout the entire state of California.

Later, Jessica was recruited to join the Los Angeles Alternate Public Defender’s Office, where she was able to dedicate her energy to defending clients in need of special appointed counsel for several years before moving to Kansas with her family.

Since moving to Kansas, Jessica has remained committed to fighting for her client's Constitutional rights while working at both private firms and as a Johnson County Public Defender. She continues to provide the highest level of advocacy to those facing a broad range of criminal charges, from DUI to homicide, in state and federal courts in Kansas and Missouri. 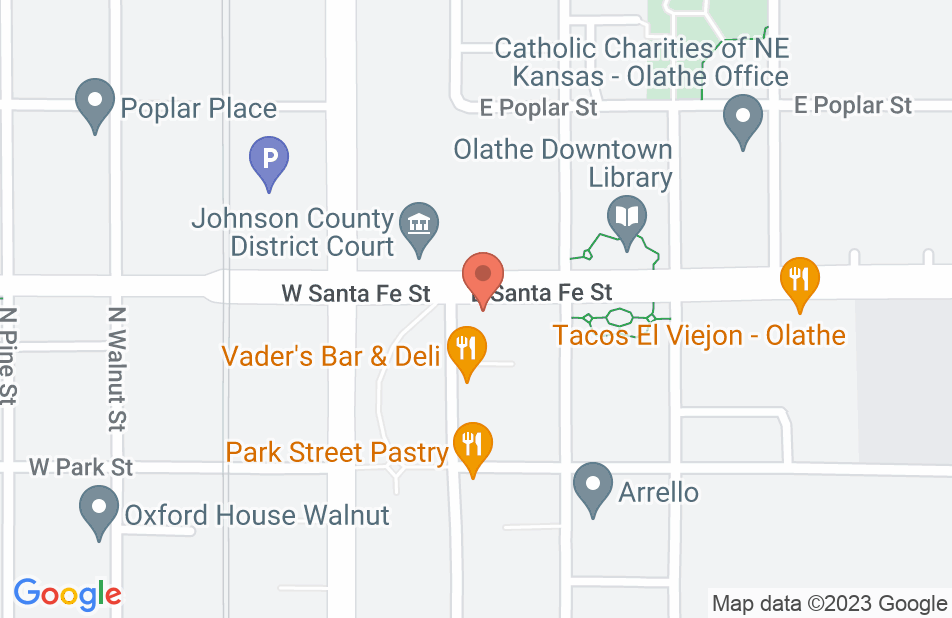 Ms. Sokoloff is great! She got my case dismissed. She was super smart, super nice, and totally helpful through the process. I hope I never have to, but if I ever need to hire a lawyer again, I would go back to her in a heartbeat. I would recommend her to anyone!
This review is from a person who hired this attorney.
Hired attorney

The legal process can be stressful and exhausting. Hiring Jessica to represent me allowed this experience to be smooth and encouraging. Jessica and her entire team were courteous and informative. She provided timely responses, insightful advice, and clear instructions on how to approach my case. I was never left in the dark and I always felt comfortable asking for updates regarding my case. I highly recommend hiring Jessica to represent anyone needing an experienced attorney to guide you through the legal process.
This review is from a person who hired this attorney.
Hired attorney

I had Jessica on a child support case this past year. She is empathetic, thorough, and will work hard to get you on a plan for success.It was a rough year for me and I finally got on track and without her help I don’t think it would’ve been possible.
This review is from a person who hired this attorney.
Hired attorney

Our family had a great experience with Jessica. We retained her to help us with a traffic violation. She resolved the issue quickly and kept us informed at all times. Very professional and responsive. I highly recommend her.
This review is from a person who hired this attorney.
Hired attorney

Jessica represented me a while back and I have to say I was thoroughly impressed by the entire experience. She worked with me every step of the way and ensured that my case had the outcome I was hoping for. She even answered my emails on the same day, which was very unexpected. Jessica is one of the most professional and courteous attorneys I have done business with and as a result, I would recommend her for any of my friends and family. Thank you Jessica!
This review is from a person who hired this attorney.
Hired attorney

I first contacted Jessica's firm to speak to an attorney about my charge. I was cited for solicitation of a prostitute. So not only being embarrassed for the involvement of undercover sting, I had to speak with this woman about hiring her to defend me. Jessica was very polite, not at any moment did she sound, look or seem to hold any kind of judgment towards me. Jessica was very knowledgeable & informative on my case. She understood my situation & was very professional. I'd recommend her services anytime! Hurry up & retain, next time anyone sees her it could be to stand on front of. Thanx again Jessica! (Your honor)
This review is from a person who hired this attorney.
Hired attorney

We used Jessica in 2017 and found her to be connected to the area legal establishment having friends and acquaintances on both sides of state line. After describing our situation to her she immediately went to work and the bottom line is that she basically got the charge dropped. The thing I like most about Jessica was how personable she was and compassionate as I explained the situation I found myself in. And the thing that surprised me the most is that attorney fees were quite reasonable,
This review is from a person who hired this attorney.
Hired attorney

Hired to defend me in a DUI case and did a great job advising and guiding me thru the process.
This review is from a person who hired this attorney.
Hired attorney

Great experience/ending to a horrible situation

Jessica was sweet, helpful and encouraging. This was a first time thing for me and I was upset and stressed out. She helped me feel at ease. And I am happy with the overall turnout and glad it is over. She stuck with me and encouraged me till the end. Grateful for all of her help.
This review is from a person who hired this attorney.
Hired attorney

I was very lost in the court system and frustrated before I reached out to Jessica. She explained every step of the process to me, and made sure that I knew completely what was going on. She made me feel comfortable and added a personal touch that I greatly appreciated while going through a very tough time in my life. She went out of her way to keep me informed and up-to-date on all proceedings. I felt that Jessica was by my side the entire time as someone that I could really count on to be there for me. She was very prompt in getting back to me when I had questions (and I had a lot of them), and had numerous great suggestions that we spoke about concerning how to proceed that would benefit me. She was courteous, professional, and had vast knowledge of what to and not to do during the case. I would recommend Jessica to anyone that is going through the court system. You are not only getting a superb lawyer, you are gaining a confidant to get you through difficult times.
This review is from a person who hired this attorney.
Hired attorney
See all reviews

Jessica is both brilliant and compassionate. I have had the pleasure of working with Jessica on a number of cases. Additionally, I've worked in the same area as her for years now. She handles every case as if it's her only case. The bedside manner is something of which I am truly envious. You're in great hands if Jessica is your legal counsel.

I wish there were more lawyers out there like Jessica! She's a major asset to our profession. Thanks, Greg Watt

Sheena Foye, Divorce and separation Attorney on Nov 2, 2020
Relationship: Worked together on matter

Jessica is an excellent attorney. She has a broad skill set but her knowledge is second to none as it relates to family law matters and criminal defense. Not only is Jessica empathetic and readily available to her clients but she is an aggressive litigator who will work hard to make sure her clients' interests are best represented. I have had the pleasure of having Jessica as opposing counsel. She was wonderful to work with but made she to advance her client's position all while being a constant professional. I recommend her without reservation. In fact, I do not practice family law and often refer any family inquiries I receive to her as I know the client will be well taken care of.

Jessica is a strong advocate for her clients. She is aggressive when the situation warrants it and she is always compassionate. Jessica is always prepared and can handle the most complex of issues. She is well respected in the legal community.

Jessica is a great attorney. She works hard and leaves no question in my mind that she thoroughly represents her clients' best interests.

Jessica is a brilliant lawyer. She identifies relevant legal issues and never shies away from a tough fight. She gets great results for her clients and has an impressive record! I endorse this lawyer.

Jessica is a fantastic attorney and fierce advocate for her clients. I would recommend her to anyone facing criminal charges.

Jessica is both brilliant and compassionate. I have had the pleasure of working with Jessica on a number of cases. Additionally, I've worked in the same area as her for years now. She handles every case as if it's her only case. The bedside manner is something of which I am truly envious. You're in great hands if Jessica is your legal counsel.

I endorse this lawyer. Jessica is very knowledgeable, honest and trustworthy. She works hard in assisting her clients. I highly recommend her services.

Jessica is a strong advocate for her clients. She cares about the outcome and wants to see them do well. Jessica knows her subject matter and can put that knowledge to effective use in the courtroom.

I wish there were more lawyers out there like Jessica! She's a major asset to our profession. Thanks, Greg Watt

I endorse this lawyer. Jessica is an experienced trial attorney with over a decade of experience in both Kansas and California courts. Jessica is detail oriented, a gifted writer and has excellent working relationships with other attorneys and court staff. I highly recommend Jessica Sokoloff for your federal, state or municipal criminal case.