Jason Kotlyarov has lived in the Kansas City area for the majority of his life and obtained all three of his degrees right here at the University of Missouri-Kansas City because he just couldn't stand the thought of moving away. As such, he is a huge Royals and Chiefs, as well as an involved member with several charitable organizations and projects throughout the Kansas City community. His philosophy is that Kansas City has given him everything and that he can never give enough back.

He received his Bachelor of Science in Accounting from the UMKC Bloch School of Business in 2010, and proceeded to attend UMKC's School of Law where he graduated with his J.D. a semester early and attained his LL.M. (law masters) in taxation.

While attending law school, Jason Kotlyarov participated in many tax and business activities, including the Kansas City Tax Clinic and the ABA Law Student Tax Challenge. 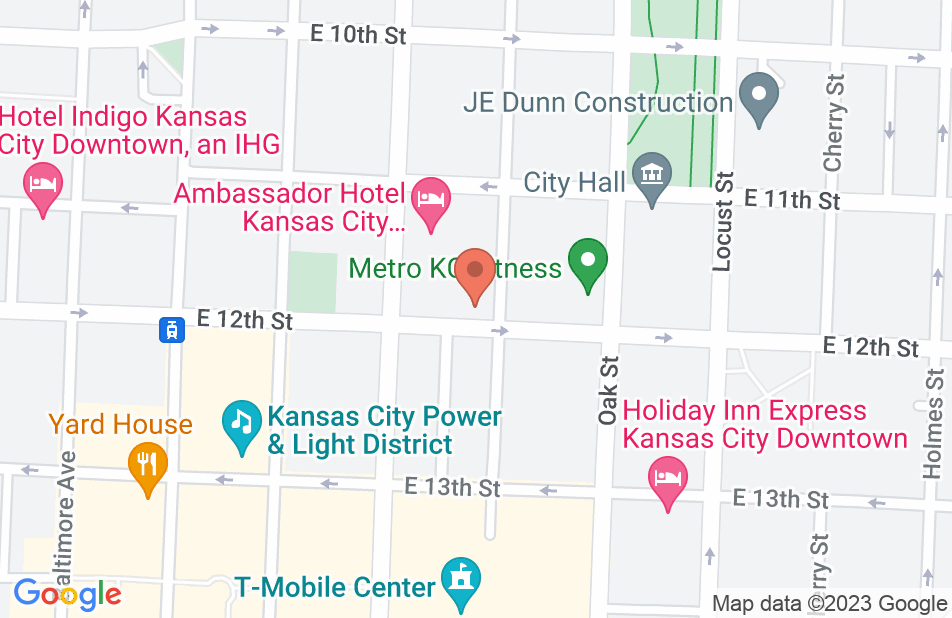 Jason was recommended to me by a friend. When we sat down and I talked to him about my case, it was refreshing to speak with someone who just knew how to explain things in a way that you understand. I had zero clue what my options were. He did not make me feel that he is in it for the money or that I was wasting his time He was patient and helped me understand my options. I know that attorneys take on many cases. Mine was a case of just being stupid, to be honest, but he took it serious like any other case and never made me feel like my case didn’t matter. Thanks Jason. I’m glad to have things back on track and getting a favorable result for all. Win. Win.
This review is from a person who hired this attorney.
Hired attorney

If I ever need a lawyer again, I will most definitely use Jason Kotlyarov!

I utilized Jason Kotlyarov recently for a traffic ticket, and recommend him to anyone! Jason is extremely helpful, efficient, and fair. He explained my case to me clearly, and helped me with minimal effort on my part. This was a great experience for me because it’s often hard for me to leave work, etc., and Jason took care of everything for me. I never had to follow up with him because he was always on top of reaching out to me first. If you find yourself in a circumstance that you need a lawyer, I definitely recommend Jason.
This review is from a person who hired this attorney.
Hired attorney

I went to a dentist last year to get some work done. The dental practice told me that everything was covered by my insurance and that I would only have to pay a few hundred dollars at the location after service was completed. I confirmed this multiple times with the practice prior to the work that was to be done so there were no surprises. About 6 months later I was sent a bill from the practice for about $1,300. It turns out they were not in my network even thigh I asked multiple times. I tried to work with the practice, explaining what I was told and they told me they would give me a courtesy discount and only charge me $900 even though i had already paid a few hundred during my last visit. Long story short, I asked Jason for help because I felt like I was being taken advantage of. Jason asked us to send him all of the documentation I had regarding the procedure and document my experience. He drew up a very well written letter to their lawyer explaining the situation with documentation and shortly after they dropped all of the charges and included they would not send me to collections our affect my credit score. Jason was very prompt and thorough and I would recommend him to anyone.
This review is from a person who hired this attorney.
Hired attorney

The attorney I needed in my time of need.

Jason was wonderful at getting all evidence needed to protect me from my old roommate. Jason was knowledgeable on the law and helped me make the best decision for my situation. I would recommend Jason to anyone that needs an attorney.
This review is from a person who hired this attorney.
Hired attorney

Blocked KC MO from trying to screw me

I was involved in an accident due to ice created by Kansas City's failure to maintain their water system (a water main broke and leaked water on to the roadway creating a pool of ice and slush around a curve). To add insult to injury, KC gifted me with 2 tickets for not driving for conditions that were both unforeseeable and their fault. Anyway, the point is that he took care of both tickets and got one dismissed and one amended to a non-moving violation. KC still got their money out of me, but my driving record is intact and I did not have to show to court. I was also able to pay him online which is a major plus for me. I would not hesitate to use Mr. Kotlyarov again for future legal needs.
This review is from a person who hired this attorney.
Hired attorney

Mr Kotlyarov was very friendly, helpful and knowledgeable when i contacted him about my tax dispute with the Department of Revenue. It took just one phone call to resolve my case! I highly recommend him to anyone that needs legal help with these pesky, confusing matters!!
This review is from a potential client who consulted with this attorney.
Consulted attorney

Jason is setting up my LLC, drafting my operating agreement, getting my federal tax ID number and helping me set up my business bank account. He not only made it simple and straightforward but continues to give great advice and has an active interest in helping my business move forward. Personable and professional!
This review is from a person who hired this attorney.
Hired attorney

I had some admin stuff that needed to be handled by a lawyer. Others quoted me ridiculous. He handled it very professionally and charged for his time not a $2000 minimum. Being a small business owner, I appreciate honesty and am willing to pay for time. I will use him whenever I need a lawyer in the future.
This review is from a person who hired this attorney.
Hired attorney

Got me a great deal!

I hired Jason the day after I got a speeding ticket and 'no seatbelt' ticket. He entered his appearance right away and kept me informed through out the process. He got the 'no seatbelt' ticket thrown out and my speeding ticket reduced to equipment malfunction with a much lower fee than he quoted me. He's a great lawyer to work with, very friendly and straight forward.
This review is from a person who hired this attorney.
Hired attorney

I hired Jason to handle a traffic ticket from another MO county. He handled everything - I just had to send him a copy of the ticket. I didn't even have to think or worry about it. When he had it handled, I was able to send him the court fees and his fee over Venmo, which was awesome because who has checks these days? I never even had to take the time to drive to drop off anything or mail anything. It was the easiest ticket experience ever... And I may or may not have had a couple in the past!
This review is from a person who hired this attorney.
Hired attorney
See all reviews

Such a great attorney I hired him to help set up my firm. I highly recommend him.

Jason Kotlyarov is a fantastic attorney. I have worked with him on several occasions and trust him to handle complicated cases. He is knowledgeable in many areas of law including business law, criminal defense, personal injury, and tax.

Garrett Solomon, Bankruptcy and debt Attorney on May 4, 2017
Relationship: Fellow lawyer in community

Jason Kotlyarov is a dedicated, and intelligent attorney. Working with him professionally has only been an extension of the effort and intellect I've seen him apply to matter from before he became an attorney. With his command of various practice areas, and a commitment to getting all the necessary information before attacking the problem vigorously, I can say I am nothing short of impressed every time we work together directly, or consult each other. His commitment to understanding new technology, his attention to detail, and his desire to keep clients and potential clients informed are traits that should be lauded. I therefore give him my endorsement, with no reservations.

Michael Rapp, Bankruptcy and debt Attorney on Sep 1, 2016
Relationship: Worked together on matter

Jason is smart, professional and organized. He is attentive to the needs of his client and appreciates the finer nuances of the law. I endorse this lawyer.

Jason is an outstanding and widely-respected attorney. I have worked together with him on a few cases and have witnessed his dedication to his clients and tireless efforts to get the results that his clients want. I strongly endorse Jason Kotlyarov for employee benefits matters, tax matters, bankruptcy, business entities, debt collection and other types of matters.

I have worked with Mr. Kotlyarov on complex legal matters which require particular attention to detail and the ability to "think outside of the box." Mr. Kotlyarov is dedicated to finding a creative solution to the problems presented to him and is persistent in obtaining results. He has strong character and I have found him to be trustworthy, attentive, and hard working. As such, I endorse Jason Kotlyarov.

Jason is an attorney that I profoundly trust and often defer to on employee benefits matters. He also has extensive knowledge in the areas of tax, corporate transactions, bankruptcy and litigation. Those in need of quality legal services will greatly appreciate Jason’s practical and results-oriented approach. I highly recommend him.

Jason Kotlarov is a friend and fellow colleague. I have personally known Jason to be a prompt, meticulous, and diligent Attorney.

Kristin Bobbitt, Bankruptcy and debt Attorney on May 27, 2016
Relationship: Fellow lawyer in community

Mr. Kotlyarov is a friend and fellow lawyer. He is experienced in bankruptcy and tax issues. His knowledge is always appreciated in legal matters.

Jason is a good friend and a lawyer whom I deeply trust. We exchange cases on a regular basis and consult with each other when dealing with difficult issues. While Jason is a competent tax attorney, he is also well-versed in litigating various civil matters. I recommend Jason with no reservation.

I attended law school with Jason and also worked in the same legal community with him for some time. In my time knowing Jason, he has always been well-liked by all who have met him and for good reason. He has always been extremely diligent in his work as well. He isn't the type to shy away from the tough case and has, more than once, spoken of the virtue of his work, noting that clients deserve focused, individual representation.