Over 25 years experience. John L. Fioti is a 1988 graduate of Elmhurst College, where he earned a Bachelor of Science degree in Finance and Economics.  He graduated from DePaul University, College of Law in 1991.  He was admitted to practice law in the State of Illinois in 1991 as well as the Northern District of Illinois.  He is principally engaged in the fields of criminal law, municipal law, real estate and personal injury.
John began his career at the Cook County State's Attorney's Office in 1989.  Before starting his own practice in 2006, John was an Assistant State's Attorney who served in the Criminal Division, Civil Division and Special Prosecutions Bureau-Arson Task Force.  Mr. Fioti also served in the Criminal Appellate Division where he authored over thirty briefs and argued before the Illinois Appellate Court on various cases.
John currently serves as City Prosecutor for the City of Oakbrook Terrace.  He also serves as Administrative Adjudicator for the Village of Carol Stream.  Mr. Fioti is a member of the Illinois State Bar Association where he has served three terms as an elected member of the General Assembly.  He is also a member of the DuPage County Bar Association, the West Suburban Bar Association and the Justinian Society of Lawyers.  Mr. Fioti also served on the Board of Directors of the Italian American Political Coalition (IAPC) and on the Board of Directors for the Carol Stream Chamber of Commerce.
John has previously served as Planning Commisioner, Police Commisioner and as an elected Village Trustee for the Village of Carol Stream, Illinois.
With 27 years litigation experience, Attorney Fioti has handled all types of criminal matters from indictment to disposition.  He is committed to providing his clients with the best possible representation while maintaining competitive and reasonable professional fees.  Attorney Fioti has a proven track record of obtaining positive results for his clients. 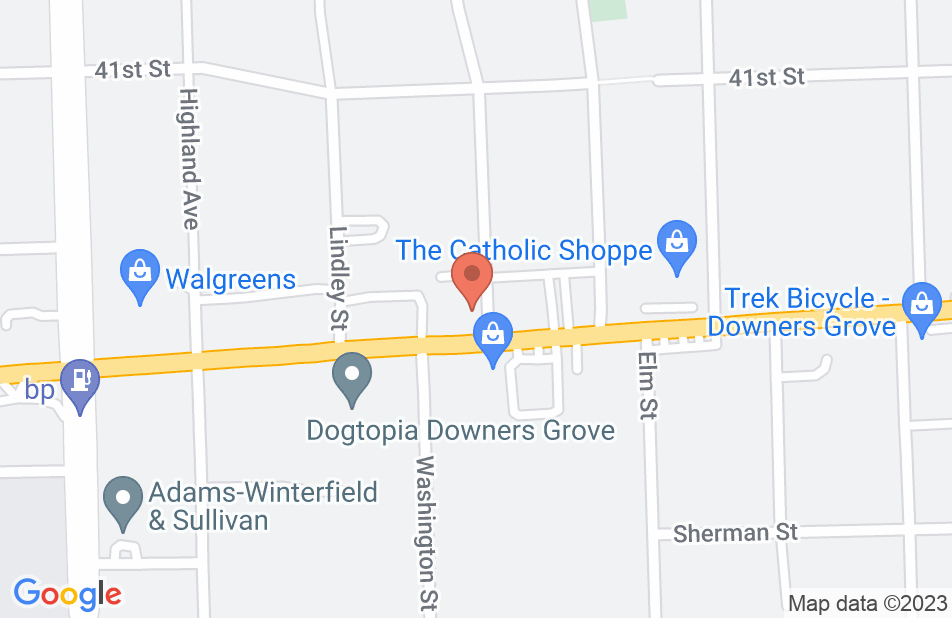 I’d recommend Mr. Fioti to anyone. He helped me win my battle and I believed in him. Thank you so much Mr. Fioti.
This review is from a person who hired this attorney.
Hired attorney

Made everything nice and easy and straight to the point but with a funny side, hope I dont have to but would 100% use again if need be. Thanks again John!!
This review is from a person who hired this attorney.
Hired attorney

John is definitely the person who will get the job done. He helped me many times with traffic court. John was a very professional and intelligent man, he made sure I was aware of every move that was being done during my case. I would definitely recommend him to anyone that has a bad driving record.
This review is from a person who hired this attorney.
Hired attorney

John defended me when I was wrongfully accused of domestic battery. I was arrested, jailed, and my case went to trial. I needed a good lawyer. As it turns out, John is a great lawyer. His years of experience as a prosecutor with the states attorney’s office means he is comfortable in the court room. He is an excellent trial lawyer. I was acquitted and the case was dismissed. Several years have passed since then and I have turned to John for advice and recommendations several times. He is always available to help me when I need it. I value his opinion and I would recommend John because of his experience, knowledge and compassion for his clients. John is a good man. I am grateful for his service.
This review is from a person who hired this attorney.
Hired attorney

John Fioti is a very professional, intelligent and knowledgeable attorney. From the first day of meeting him at his office through the entire process of going to court I felt very comfortable that he knew his trade. He takes the time to listen, review case and work with you to get the best outcome. I highly recommend John Fioti.
This review is from a person who hired this attorney.
Hired attorney

John did in excellent job on my case and went above and beyond to help me in my situation. He was very professional and prompt, which was important to me, as I was already nervous and being left in limbo would have been a nightmare. No matter the time of day/night, he was quick to respond to any questions I had and made sure I understood everything, each step of the way. I am so fortunate to have found him and very grateful for his services.
This review is from a person who hired this attorney.
Hired attorney

John was very professional and did a great job communicating what was needed to be done in order for a successful case. Very efficient and effective in his approach. He was able to get my case dismissed completely with little trouble.
This review is from a person who hired this attorney.
Hired attorney

This is your sign...he is right for you!

If I remember correctly I found John Fioti on the internet after I was charged with a dui. I had my consultation and knew he was the one for me. Since that first day he has made sure I never left his office with any questions. I always felt very knowledgeable about my case. He isn’t afraid to give you tough love (although he may have known that’s the only way to get through to me). He was always on time for our appointments and returned my calls almost immediately. The best part is all charges were dropped. I will recommend Mr. Fioti to all my friends and family. I feel very blessed I chose John to represent me.
This review is from a person who hired this attorney.
Hired attorney

Straight forward very knowledgable,no BS, type guy..always prepared and available. Presented his opinion on course of action as well as best options for me and allowed me to choose. From intial consultation through final dispostion, he took a real personal interest in my case and achieved a very favorable result for me in a very complex case,all the while making a tough situation very tolerable for me along the way. I most likely will need to have additional legal work done to achieve my own personal goals,and you can be assured he will be my attorney for that when the time comes as well.
This review is from a person who hired this attorney.
Hired attorney

I had never had the need for a lawyer before until a few months ago. Didn't know where to go or who to call. I had heard about John through a friend and gave him a call. He scheduled a meeting a day later to meet and discuss the circumstances. Very professional and knowledgable! He throughly explained everything and the process for what was up and coming. After our meeting I had nothing but confidence in John to represent me! John has tons of experience and background in the court system and is well respected in the law community. He went above and beyond for me and I couldn't be happier! I would recommend John to anyone in need of help!!
This review is from a person who hired this attorney.
Hired attorney
See all reviews

I have known John for over 25 years since our days as Cook County Prosecutors. John has excellent skills as an attorney. He is an outstanding trial attorney, legal strategist, and he possesses a mastery of the law. He also is very personable and likable and he possesses wonderful people skills. He is highly respected by judges and fellow lawyers in the community he practices.

John is a terrific attorney who is knowledgeable and dedicated to his craft. He is well respected in his community and in the courthouse and I would recommend him to anyone.

John is a fantastic trial attorney. He is extremely well versed in criminal law and has an abundance of experience both prosecuting and defending all types of cases. He is very respected and will always take great care of his clients.

John is a knowledgeable and hardworking attorney with a great reputation around the courthouse. He brings a wealth of experience and skill to every case he steps up on.

I endorse this lawyer. John is a dedicated and skilled trial attorney. He acquired significant experience working for the States Attorney and puts that experience to good use when representing his clients.

I strongly endorse this lawyer. John is a hard working lawyer who has a genuine desire to help his clients. Whether you have a routine traffic case or find yourself charged with a serious felony, John leaves no stone unturned to make sure you get a vigorous defense. Clients will notice John's pursuit of excellence and his passion for the law. Also, he gets along well with all court staff; which is a benefit for his clients. I enjoy conferring with John on some of my cases because he comes up with a unique strategy or a new angle to try. If you need a lawyer who will fight for you, call John Fioti.

I endorse this lawyer. I refer every major criminal matter which comes to my office to John. The cases have ranged from traffic matters to rape. John obtained the best possible outcome in each case. In tow cases he performed legal miracles. His diligence and his intimate knowledge of case law and alternative resolutions and second to none. No client I have referred to him has ever expressed regret or reported dissatisfaction with John. He is simply the best criminal defense lawyer in the western and northwestern suburbs.