GENE MELTSER, Managing Partner, received his Juris Doctorate Degree from DePaul University College of Law. He is admitted to practice law in the Supreme Court of the United States, Supreme Court of the State of Illinois, U.S. Federal District Court, Federal Court of Appeals for the 7th Circuit, and to practice Immigration Law in all jurisdictions of the United States.  Mr. Meltser is also licensed in the U.K. as a Solicitor of the Supreme Court of England and Wales. Gene is a co-founder of Immigrant Legal Defense Committee.

For 9 years in a row, Gene Meltser has been selected as a Super Lawyer by his peers in the area of Immigration & Nationality Law and was featuerd in the Chicago and Forbes magazines. 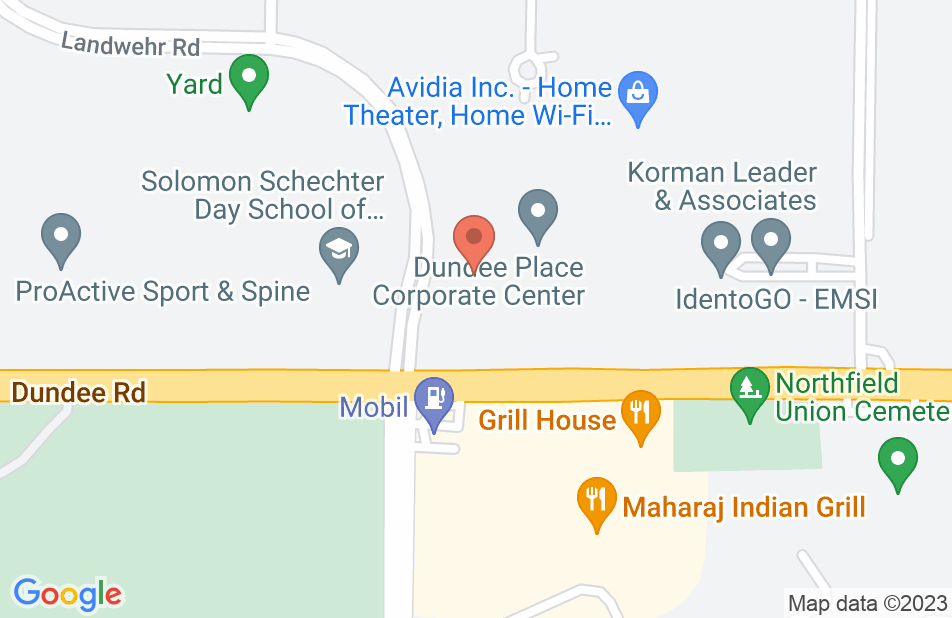 Being represented by Mr. Meltser not only gives me confidence in outstanding results and outstanding service, but support system of experts in a variety of fields. From initial meeting to delivered results, every step along the way, Mr. Meltser keeps clients informed about the progress and maximizes value by evaluating effecting factors. His experience and expertise in immigration, corporate, and international law gives clients an outstanding resource for successful and effective representation.
Yevgeny Meltser's response: Thank you!

A knowledgeable and professional attorney

I have used Mr. Meltser for various legal matters ranging from traffic issues, personal injury, business matters and immigration consultations, and have always felt as if I have a knowledgeable and professional advocate on my side. Additionally, his network of legal and professional references is valuable in situations that require experts in other legal areas. I would recommend Mr. Meltser to my family and friends first and foremost.

We have had a consultation with Mr.Meltser. What caught my eye right away he wasn't wasting our time. Didn't do any promises, but Only clarified the facts, nowadays laws, rules and regulations. His advises and the knowledge of today's immigration situation in the country were superb. Very transparent, honest in his opinions and professional in his Attorney - Customer approach.
This review is from a potential client who consulted with this attorney.
Consulted attorney

Dear Mr. Meltser, I simply wanted to say thank you for helping me with my legal issue – I live in a different state than you and it was obvious I would not be a potential client for you; nevertheless, you took the time to answer my emails promptly, point me in the right direction and offered to co-counsel. Meanwhile, several other lawyers in my current state that I reached out to, gave me a runaround, or did not know how to handle my unusual case, or simply ignored my calls or emails. If the opportunity presents itself, I would definitely recommend you to others. Thanks again!
This review is from a potential client who consulted with this attorney.
Consulted attorney

A very professional and informed attorney

I was fortunate to have met and worked with Mr Melster for my immigration process. I was told twice that I didn’t have a chance to adjust my immigration status and just when I was about to give up I met Mr Melster.The Knowledge and experience he has made me feel hopeful that I could obtain not only a work permit but also my permanent residency. He was always polite and professional in his communication and listened to all my requirements very patiently.Highly recommended.
This review is from a person who hired this attorney.
Hired attorney

Mr Melster has been extremely helpful with the immigration process When I first contacted him about my issues he asked me to come to his office right away. He was very attentive and listened carefully to everything I had to say. I was worried because this is a very complicated process that something might fall though the cracks. Nothing ever did. He always knew the law and stayed on top of all the changes in the law. I’m so very thankful to have him as my attorney
This review is from a person who hired this attorney.
Hired attorney
Yevgeny Meltser's response: Thank you very much for your kind words. Always glad to help

This is a wonderful attorney who helped my friends through a very complicated drawn out process at a time where they were in a compromised position and needed help. He saw through the process and made sure that he fought for his client. I would highly recommend using this attorney.
This review is from a person who hired this attorney.
Hired attorney
Yevgeny Meltser's response: Thank you very much for your kind words. Always glad to help

I use Gene for all my legal questions/issues. Always courteous, helpful, and respectful! So glad I found him.
This review is from a person who hired this attorney.
Hired attorney
Yevgeny Meltser's response: Thank you very much for your kind words. Always glad to help

Yevgeny was so helpful! I called very late and needed help quickly, and Yevgeny returned my call first thing in the morning. He listened to me then followed up with other sources for additional information that I needed. I have never had this kind of experience with a lawyer who showed how much he cares about my immigration problems. If I need to hire an immigration lawyer in the future, it will only be Yevgeny!!
This review is from a potential client who consulted with this attorney.
Consulted attorney
Yevgeny Meltser's response: Thank you very much for your kind words. Always glad to help

He did a perfect job for our entire family , everything was on time , correct and affordable for us . We appreciate his business and knowledges so much . I would recommend this film for my friends and family .
This review is from a person who hired this attorney.
Hired attorney
Yevgeny Meltser's response: Thank you very much for your kind words. Always glad to help
See all reviews

Gene is a brilliant attorney with a firm grasp on ever-changin immigrtion law. I strogly endorse Gene's work and would immediately hire him to handle my or my family's immigration matter if I ever needed it.

Absolutely fantastic attorney. He is my go-to professional in any complicated immigration matter.

I endorse and would recommend Mr. Meltser to everyone and anyone. I have been practicing for 24 years. I was the youngest judge in Colorado history, a magistrate, a prosecutor in three districts, a law professor, and have worked in private practice for years. I still learn from his Avvo answers each and every day. He is a huge credit to the legal system. Hire him.

I endorse this lawyer. Eugene is a highly competent attorney, ethical and creative. Whether it's a simple relative's petition,a complicated employment-based petition, a request for asylum, or representation before the Immigration Court, you can expect a good result.

One of the most formidable and knowledgable attorneys Chicago has to offer on immigration law and personal injury. I turn to him when I have criminal or divorce cases that require simple answers to sophisticated questions. I officially endorse Mr. Melster.

I endorse Gene Meltser because his meticulous attention to detail and excellent grasp of the content ensures that clients receive the utmost in professional and thorough representation.

I endorse this lawyer's work because he knows what he is doing and does it proficiently.

Gene is a brilliant attorney with a firm grasp on ever-changin immigrtion law. I strogly endorse Gene's work and would immediately hire him to handle my or my family's immigration matter if I ever needed it.

I had a pleasure working foe Gene for a number of years. Gene is an experienced and competent immigration lawyer, represeting variety of clients in complex immigration matters. I highly endorse Gene's work