Every person deserves respect. Every problem deserves a solution. Now offering fully remote video/phone consultations from the comfort of your own home.

He practices primarily in the areas of consumer bankruptcy (Chapter 7 and Chapter 13), mortgage foreclosure defense, immigration, and general litigation.

As a former immigrant from the Soviet Union, he had to learn the immigration rules and laws before he even started college, and is compassionate about helping other individuals and families get legalized in the United States of America. He is bilingual (English and Russian languages) and enjoys script writing for comedy clubs and producing comedy and musical shows. 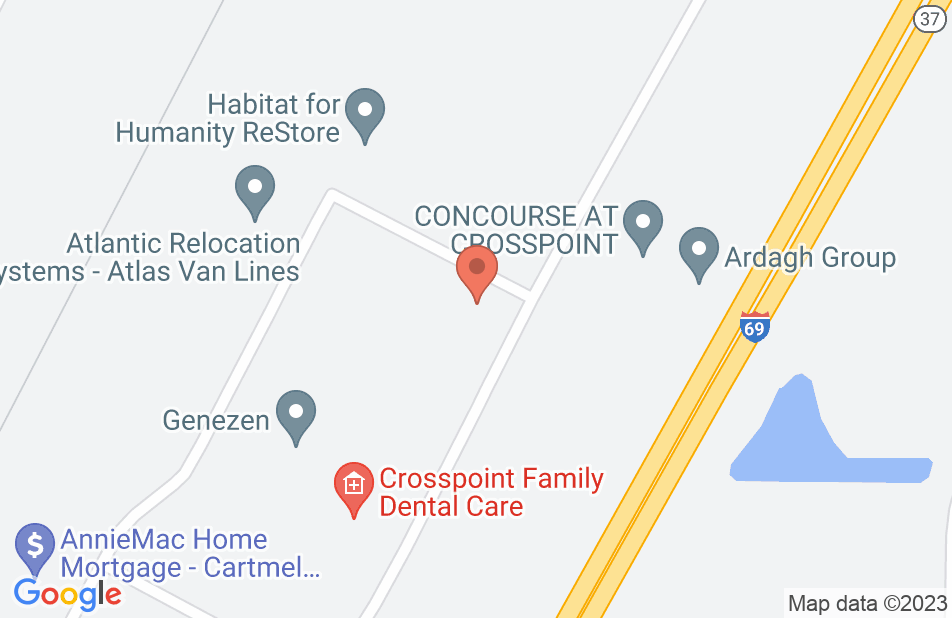 Eugene took care of my case in a very professional and timely manner. He was able to navigate all the issues that came up with my case due to the fact that I had multiple LLC's, and owned real estate is several states. An otherwise difficult case was made simple and he put an immediate stop to all the communication that was taking place. I would recommend him for any filing situation. He is definitely qualified to handle any case.
This review is from a person who hired this attorney.
Hired attorney

Eugene was extremely helpful in getting our green card! My wife (from Ethiopia) received her card well within the window promised by the government. Eugene stuck with us AT the interview, and handled all of the submissions of papers. We had only to provide those necessary documents and show up where he told us to go. Couldn't have been easier, and we couldn't have asked for a more personable and likeable individual for an attorney. Highly recommended.
This review is from a person who hired this attorney.
Hired attorney

Eugene was fantastic. He knows what he’s doing. I was in awe of seeing how fast his mind works. He responded to emails and texts immediately. Would definitely use him again if a matter arose.
This review is from a person who hired this attorney.
Hired attorney

I was very pleased with my experience with the Law Offices of Eugene Mogilevsky and the staff. They were knowledgeable and responsive and timely. I highly recommend if you're looking for a law office that never makes you feel like a burden and works for you. I also never felt judged. Very empathetic and respectful staff!
This review is from a person who hired this attorney.
Hired attorney

Eugene handled my case in a professional manor. I would recommend him if needing a lawyer for immigration or anything else. He has a great personality and handles cases in a timely manor. My wife and I are very pleased with the work he had done to help us through our immigration process.
This review is from a person who hired this attorney.
Hired attorney

Maybe one of the most stressful event one could experience is when they met uncertainties in their families. Eugene and his team, are extremely helpful in helping me with this kind of circumstance. When I first contacted the EGM law office, Eugene helped me to get some basic understanding about family law in Indiana and showed me what options I could have. With more discussions and analysis, he helped me to forge a plan to address my situation with special focus on what I care most. Eugene and Anelia T., the associate lawyer in the EGM office, carried my case forward by filing paperwork, negotiating with the other party and finalizing the documents. In short, they helped me to get through the hardship within a good timeline that enabled me to concentrate my daily work & life without worrying too much about my case. Both Eugene and Anelia are very professional and explained things to me extremely well. They are good for being available even outside normal work hours to help me deal with anything that came through unexpectedly. They are skilled in negotiating with patience and professionalism even when the counterpart is very hard to work with.
This review is from a person who hired this attorney.
Hired attorney

Eugene Mogilevsky helped me attain my citizenship certificate after years of uncertainty and worries.
This review is from a person who hired this attorney.
Hired attorney

The office of Eugene Mogilevsky provided excellent service for my wife and I for our immigration process. The office took a personal touch to walk us through the process, and was very detailed orientated.
This review is from a person who hired this attorney.
Hired attorney

It was a pleasure to work with Eugene. He guided us through every step and provided detailed information throughout the process which made it easier for us. He was also extremely meticulous with the paperwork and went through each and every page with us. Highly recommended!
This review is from a person who hired this attorney.
Hired attorney

I hired Eugene after my now ex husband surprised me with divorce papers. Obviously my main concern was my children. Eugene being family oriented himself definitely understood every fear I had and helped me get through it. When it was time for court, Eugene helped give me confidence and we powered through. Day or night, he has been there for me. I honestly have to think he helped give me a second chance in life. I dont have one single bad thing to even say, nothing at all. He is professional and very passionate about helping and that's what has truly made him stand out. He doesnt hide nothing and lays everything out for you. I highly recommend Law Offices of Eugene Mogilevsky. There is no other options in my opinion! Thank you Eugene for all you have done for me.
This review is from a person who hired this attorney.
Hired attorney
See all reviews

Eugene is a wonderful attorney. He's very responsive, cares deeply, and gets quick results. I've seen several immigration cases, which were resolved in favor of his clients solely based on his reputation and integrity in the courtroom or with that specific immigration officer. I have touched base with other attorneys in the community regarding specific case questions, i.e., family, immigration, or bankruptcy law, and he was by far the most responsive and receptive to giving help. I cannot recommend him highly enough.

Eugene is hard working, professional, and friendly. If you are looking for an experienced immigration law attorney, I would recommend you contact Eugene.

Eugene is one of the hardest working attorneys I have ever met. He is s very bright and has an innovative, creative mind which helps his clients achieve their goals.

I've known Eugene for several years as a fellow bankruptcy attorney. He is a passionate advocate for his clients and dedicated to ensuring they receive the fresh start they deserve.

Extremely through and professional. I endorse this lawyer.

Eugene Mogilevsky is a top-notch lawyer and a very genuine person. His energy and fun personality make him a joy to work with.

Cody Cogswell, Bankruptcy and debt Attorney on May 24, 2017
Relationship: Worked together on matter

Eugene is our preferred attorney to refer all of our clients to for their complex bankruptcy needs. He is a wealth of information for all things bankruptcy related and I would highly endorse this lawyer.

I endorse Eugene. He is a very knowledgeable and ethical attorney. He works tirelessly to help his clients to achieve the best possible outcome on their cases.

I endorse this lawyer. He knows the needs of his clients. He will meet with them anywhere anytime to fit their needs.

Eugene is very personable and easy to work with. He cares about his clients.

Eugene has a stellar reputation in the Indianapolis area for bankruptcy and creditor rights issues. I would recommend him in a heart beat.

I endorse this lawyer. I know Eugene to be very ethical and always wants to do the best by his clients. A pleasure to work with.

Eugene is a great pleasure to work with. He has a no-nonsense attitude but always makes you feel at ease. He will keep you laughing all while protecting you and walking you through your issues. I endorse Eugene because I would never hesitate to send a client to him.

Bryan Skillman, Bankruptcy and debt Attorney on Nov 3, 2014
Relationship: Worked together on matter

Mr. Mogilevsky is very thorough and diligent attorney. I endorse this lawyer.