Active in the legal community, Mr. Kreblin is also a sought-after speaker and has lectured on various legal and insurance coverage issues in Wisconsin, Illinois, Iowa, Missouri and Minnesota. He is also a member of several professional legal organizations.

Mr. Kreblin is also involved in the community. In 2001, he founded the Hupy and Abraham, S.C., Child Identification Program to assist police in locating missing children. Since then, he has personally fingerprinted over 8000 children. In addition, he sits on the board of the American Cancer Society Relay for Life.

When he is not working, Mr. Kreblin enjoys spending time with his family, playing sports, reading, and watching sporting events. 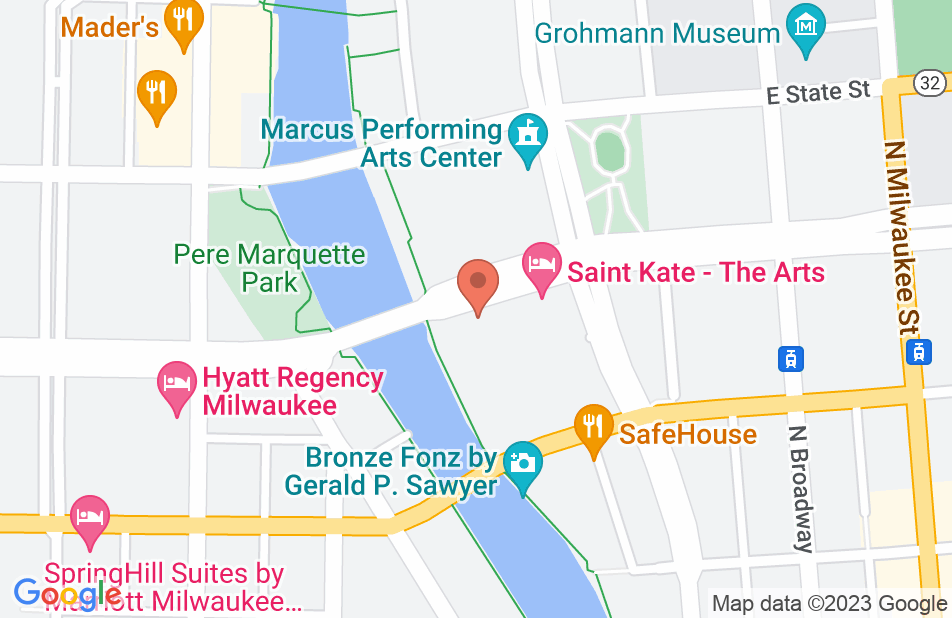 Chad was very patient and understanding

Chad was very patient and understanding. I was very pleased with the service. Thank you!

Personal Injury due to accident - other party's fault

I just wanted to take a few moments, although words cannot express my gratitude to all involved at your firm, to say "Thank you." for helping myself and my family through our recent ordeal, following my motorcycle accident. From the initial consultation, through the property damage claims, medical claims, the pain and suffering work, and finally the recovery work, my experience with Hupy and Abraham has been as fantastic as any experience like this could be. While I wish there would have been better coverages in place for all involved, I truly feel that your firm fought as hard for me and my family as you would have had there been millions of dollars on the line. It speaks to all of your character and it made a huge difference in the outcome, and my life, as well as my family’s. Please allow me to take this one final opportunity to thank you from the bottom of my heart, and my family’s heart, for taking care of us in our hours of need. We know that without your efforts the scenario would have played out very differently; my bike would be long gone, we would be in financial ruin, and likely would have struggled just to keep our house. You really do strive to reach your goal of making an ordeal like this as painless as possible, while allowing your client to heal. In my case you’ve reached it, possibly eclipsed it. I have learned a lot and if I ever need you again (hopefully not, no offense!), I will not hesitate to call. I also plan to share my experiences with anyone that will listen. THANK YOU!

I thought what I got for property damage was fair. But pain and suffering not even close. I was in a motorcycle accident an 80 yr. old lady coming from opposite direction turned left in front of me. She first said she didn’t see me. Then quickly changed to I gave it more gas to miss him. The speed limit changes right in this area from 45 to 35. I made the mistake of talking to her insurance. Because they said they needed to talked to me. I told them I was going 35-40 why I said that I don’t know maybe because I was just hit by a car? And I was bleeding to death internally? If I was speeding then so were the cars in front of me. The motorcycle I had was not built for speed but for going off road. I was most likely not speeding. Kind of hard to speed with a car in front of you. I hit the brakes when I seen her start to turn. She gave it more gas, but this was my fault in any way? I don’t turn if I see someone coming from opposite direction! I had 2 surgeries on right leg and still have pain in knee. You can just look at and see it’s painful. It just makes me sick to think about what this lawyer didn’t do for me. I should have went to smaller law firm. One that would actually take time to fight for me.
This review is from a person who hired this attorney.
Hired attorney

Chad is an extremely skilled personal injury lawyer. Part of what sets him apart is his ability to handle pharmaceutical class actions in addition to traditional car accidents.

Chad Kreblin is an extremely skilled attorney. On top of the more traditional personal injury practices, he’s also well-versed in pharmaceutical class actions. He is very well equipped to fight for his clients.

I highly recommend Attorney Kreblin. He is very experienced with complicated personal injury and pharmaceutical class action cases. Before joining the firm I handled a number of cases against Chad, and his ability to maximize his client’s claims really stood out to me.

Chad is a personable and remarkably effective litigator. His expertise and ability to connect with people allows him to consistently deliver and maximize results. A great lawyer and a great person.

I endorse Chad Kreblin. I have worked with Chad Kreblin since 2007. I can attest to his high level of lawyering skills, and I have seen first hand how well he works with his clients. He has collected over 100 million dollars on behalf of his client, which is proof of his hard work and dedication to his clients. He is nationally recognized as one of the top lawyers under 40 and is one of the select few attorneys who has demonstrated the necessary skills to become a member of the Million Dollar Advocates Forum. Chad Kreblin is not only top notch lawyer, but he is also a great member of the community by donating his time and making contributions to many worthy organizations.

I endorse Attorney Chad Kreblin. I was hired as a law clerk by Attorney Kreblin in 2008, and it has been an invaluable learning experience that has helped shape who I am now as an attorney for Hupy and Abraham. As an AV-rated attorney and a member of the Million Dollar Advocates Forum and the National Board of Legal Specialty Certification, there is simply no denying the skill and expertise that Attorney Kreblin brings to the firm. His concern for the community is further exemplified by his work for the Hupy and Abraham Child Identification Program, which assists police in missing child cases.

Chad Kreblin is an excellent lawyer. I am very proud to have him as a partner in Hupy and Abraham, S.C. He is effective, efficient and has an excellent understanding of how to put the law into practice to get the best possible result. He has excellent people skills which is much appreciated by his clients.

I have worked with Attorney Chad Kreblin since 2002 and can easily attest that he is a personal injury lawyer of the highest caliber. The results he obtains on behalf of his clients are outstanding, and he has an excellent mastery of the applicable laws.

I wholeheartedly endorse Attorney Chad Kreblin. Chad came to work with the firm in 2001 and after consistently achieving exceptional results for those he represents, was promoted to shareholder in 2007. Not only is he an outstanding advocate for his clients, but has recovered over $100 million on their behalf. Chad is highly respected in the legal community and has been named a Super Lawyer Rising Star (2006-07, 2010-14), classifying him in the top 2 percent of all Wisconsin attorneys under the age of 40. Since 2008, he has been selected as one of the Top 100 Trial Lawyers in Wisconsin by the National Trial Lawyers. Since 2012, the National Trial Lawyers have also recognized Attorney Kreblin among the Top 40 Under 40. Attorney Kreblin is AV Rated by Martindale Hubbell's peer review rating system. He is also a member of the Million Dollar Advocates Forum and a Board Certified Advocate with the National Board of Legal Specialty Certification.

I highly recommend and endorse Chad Kreblin. He is a zealous advocate for his clients and does whatever work is necessary to get the best results for them. He also has the highest ethical standards.