I put my clients first, and am always available to them. 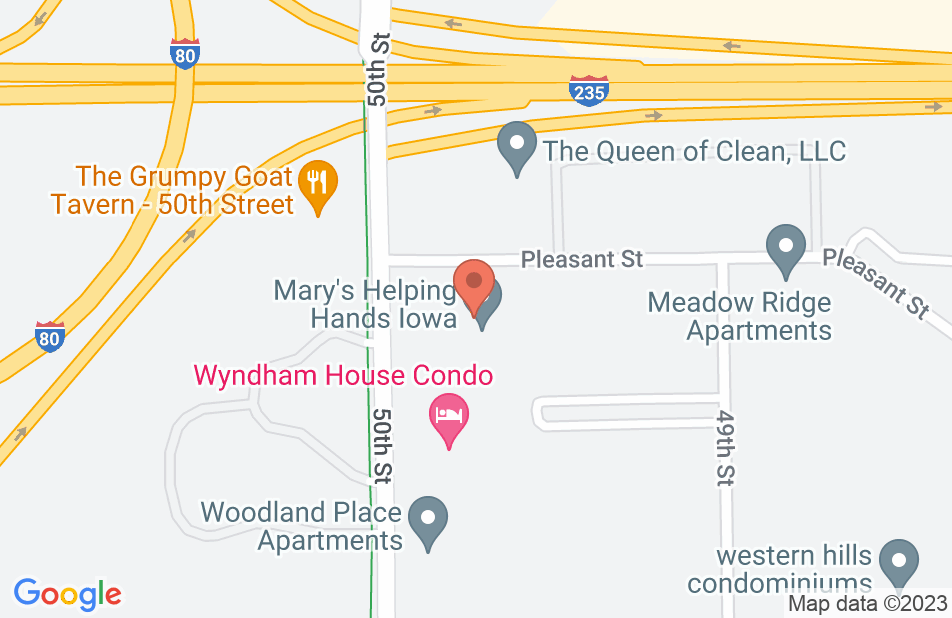 I have had the pleasure of dealing with Ward Rouse for the past 12-15 years. He is, in my opinion, the most professional, trustworthy attorney that I have ever had the pleasure of doing business with. His exceptional knowledge of the law and wonderful people skills, make him a standout in his profession. I have personally referred hundreds of people in need of legal counseling over the years to Mr. Rouse with confidence. I will continue to refer clients, friends, etc. to Mr. Rouse as long as he is a practicing attorney.

Ward Rouse - A Highly Referred Attorney By Members Of His Profession

Ward Rouse is an excellent litigator. Our family was originally referred to him by an attorney. Ward is an excellent listener with a can do attitude. He helped us fully understand the nature of the legal process from discovery to our son's appearance before the judge and prosecutor. Ward was always available to us by personal visits and telephone. He addressed all of our questions and exhibited a great sense of confidence and patience. In the courtroom, he was able to negotiate the best sentencing outcome with the judge and prosecuting attorney for our son. Ward followed up after the sentencing to help our son complete the requirements for his DUI and fulfill all of the court orders. We highly recommend Ward Rouse as a very experienced attorney.

I was in need of a lawyer concerning a personal matter. Sam was recommended to me by a friend from my first meeting with Sam I had the feeling my best interest were in mind. Sam was very professional and informative he was in close contact with me via text,phone or e-mail. From the time I hired Sam I felt I was in great hands. I have had questions concerning other matters after my experience with Sam and he has been in immediate contact with me and has given me great advice. I would strongly recommend Sam for your legal needs.
This review is from a person who hired this attorney.
Hired attorney

An attorney you can rely on

When someone I know urgently needed legal advice for a federal court case in the state of Iowa, I reached out to a number of attorneys via their "emergency" phone numbers, but the only one who responded in a timely manner was Sam Rouse. He was incredibly resourceful from the very beginning and proved to be the most professional and responsive person I was in contact with in respect to this case. We hired Sam as a consultant and he was always available and willing to answer the numerous questions and provide valuable advice throughout the duration of the case. Even though I was in communication with Sam from another state (Illinois), I quickly realized that I can fully rely on Sam. I feel like he's truly making an effort to help people unlike some other lawyers who only care about making money. I would highly recommend Ward (Sam) Rouse as a dependable, knowledgeable and responsive attorney you can trust.
This review is from a person who hired this attorney.
Hired attorney

Sam does a great job of staying in contact with you through the entire process. He is always there when you call. I got a few hefty drug felonies a couple years ago and Sam was able to get them all lowered to a serious misdemeanor. I would highly recommend his services to anyone.
This review is from a person who hired this attorney.
Hired attorney

Worked on an involved case with Ward for a client of mine in New Jersey. Our client was a charged in Iowa. There was an involved suppression issue where the testimony was taken and cross examination was done by Ward. Because of his skilled lawyering, our joint client received an excellent result. He was attentive to our office and to our client's needs. It was pleasure working with another experienced criminal defense attorney, in a state I was not familiar with beforehand. Great to know I have a partner out in Iowa!
This review is from a person who hired this attorney.
Hired attorney

I had an OWI in Johnson County. I called my normal lawyer and he referred me to Sam. His quote was: "why not use the best?" Sam was always prompt in his response to me. Often within the hour! He was able to answer my many questions with all the legal terminology. This was a first time legal issue with me. Sam calmed my jagged nerves with our initial meeting. He recommended a course of action which I agreed with. I grew impatient with what I saw as no action from the court. Sam called and told me what to expect and when as well as sending a timeline that was on the money. Always professional, but always friendly too. As things moved forward Sam kept me informed via both phone calls and email messages. I got through everything without ever entering the courthouse. All in all using Sam was the best way to approach this legal issue. I had no idea of all that was involved. My fines were lower due to using Sam, as well as a great legal outcome. I would highly recommend Sam Rouse!
This review is from a person who hired this attorney.
Hired attorney

This being my first OWI charge – I was very unsure of how to proceed. I did a lot of research on forums whether or not it was worth the investment of being represented by an attorney. The overall consensus was that it was necessary, due to the technicalities that can really mess you up if not followed to the T, and let’s just say that court documents make it tricky with all of the legal jargon, hearings to attend, when to pay things by and the list goes on. Hiring Mr. Rouse was without a doubt the best decision I could have made. Upon speaking with him at the consultation, I was in awe of his technical understanding of the law, and I knew my best shot to have this major mishap go away, was through him. Unfortunately, the officer did everything by the book (we reviewed the filmed footage from the night of the occurrence) and there was no way to get the case thrown out on a technicality; however, he came through on everything else! He was able to have the court fee cut in ½ and reduced from $1250 to $625, able to have the community service requirement dropped (40hrs), had 3 ticket fines waived and ultimately the arrest/OWI charge will be expunged as long as I stay out of trouble and don’t have any moving violations for the next 12 months. I am more than satisfied with the representation I received as well as the ‘hawk-eye’ attention to detail and constant communication from him and his staff letting me know the progress, appointments, things I needed to appear or not appear for, etc. After going through the entire process, I know that I will always be utilizing legal representation, specifically Mr. Rouse and his partners, if in trouble with the law. He is a gentleman that’s fair, over-delivers and truly cares.
This review is from a person who hired this attorney.
Hired attorney

Due to being charged for the first time with an OWI. I decided that because of the seriousness, possible consequences and embarrassment to my professional status, I was in need of a lawyer. After research and good referrals I choose Ward Rouse to represent me. I can not express enough how important it is to find a very good lawyer if you find yourself in a similar circumstance. Ward Rouse was that lawyer for me, he was able to take all the stress out my situation by handling all of the numerous legal requirements and by giving me the best possible outcome, which could have been much worse and more expensive if I had not hired Ward to represent me. Needless to say I am very happy with the outcome, thank you Ward.
This review is from a person who hired this attorney.
Hired attorney

This was my first encounter ever with the legal system. Mr. Rouse was recommended by a colleague to help me navigate the system and pursue the best possible outcome. Every step of the way, Mr. Rouse was highly responsive, accurate with his assessment and proposed course of action, and represented me in a most professional and courteous manner. Moreover, he was most diligent in taking the time needed to explain in detail the processes (both Legal and Administrative/DOT) in which I was engaged....this was greatly appreciated given that I had absolutely no experience whatsoever with these processes and their intricacies. In terms of resolution, I believe strongly that Mr. Rouse pursued the best possible outcome in dealing with the prosecutor. While such outcomes are seldom 'perfect', his efforts obviated the need for trial and achieved an amended and far less serious charge. I would highly recommend Mr. Rouse. He brings tremendous experience, poise, and down-to-earth common sense to the table and provides highly personalized attention to the clients he represents.
This review is from a person who hired this attorney.
Hired attorney
See all reviews

Ward is an excellent attorney. I have had numerous interactions with him over the years. He is willing to assist other attorneys with answers in hopes to raise up our profession. I would not hesitate to hire him if a family member or friend were in trouble.

Not only does he know law he is also extremely well liked by judges and prosecutors. This edge enables him to get a lot of breaks for his clients even if thier case may be weak.

I endorse this lawyer. Ward is experienced and highly regarded in the legal community.

I endorse this lawyer with no reservation. An extremely talented and well respected attorney in the legal community. Very hardworking and diligent. Consistently achieves superior results. Advice is always practical and on point. I recommend to anyone looking for an attorney who knows the law and truly cares about protecting the rights of clients and achieving the most favorable result possible. I endorse this lawyer.

Highly regarded lawyer. Mr. Rouse is an experienced attorney. I endorse him as a lawyer. He is an asset to Avvo.

I endorse this lawyer. Mr. Rouse is a skilled and respected member of the legal community. He is a zealous advocate for the rights and interests of his clients.

I endorse Ward. He is a highly skilled attorney that is well respected in the legal community.

Sam and I work closely together as part of a mastermind group of defense attorneys across the state. I have always been impressed with his ability to identify and solve the difficult issues that arise in these cases. I would not hesitate referring a family member or close friend to Sam for the defense of impaired driving or drug-related charges.

Matthew Lindholm, DUI and DWI Attorney on May 5, 2011
Relationship: Fellow lawyer in community

I have know Ward (Sam) for going on ten years both professionally and personally. We have referred each other clients over the years and I believe that Sam is one of the west attorneys I have known and worked with. He is someone I would consider a mentor and always seems to have an answer for a difficult situation.