Bill was born and raised in Howell, Michigan in Livingston County. He graduated from Howell High School and then earned a bachelor of arts from Michigan State University before attending Thomas M. Cooley Law School. Bill began his career as an attorney in East Lansing, focusing his practice mainly on criminal defense and license restoration. He is experienced in defending people charged with drunk driving offenses and has been certified in the administration and interpretation of Standardized Field Sobriety Tests by the National Highway Traffic Safety Administration (NHTSA). Bill has jury trial experience in multiple types of criminal charges including drunk driving, domestic violence, and fatal automobile accidents. Bill focuses much of his efforts on represetning people charged with criminal misdemeanors and felonie. He is also experienced in license restoration as well as civil litigation and family law. Call Bill today for a free consulatation at (517) 546-6585 or email him at [email protected] 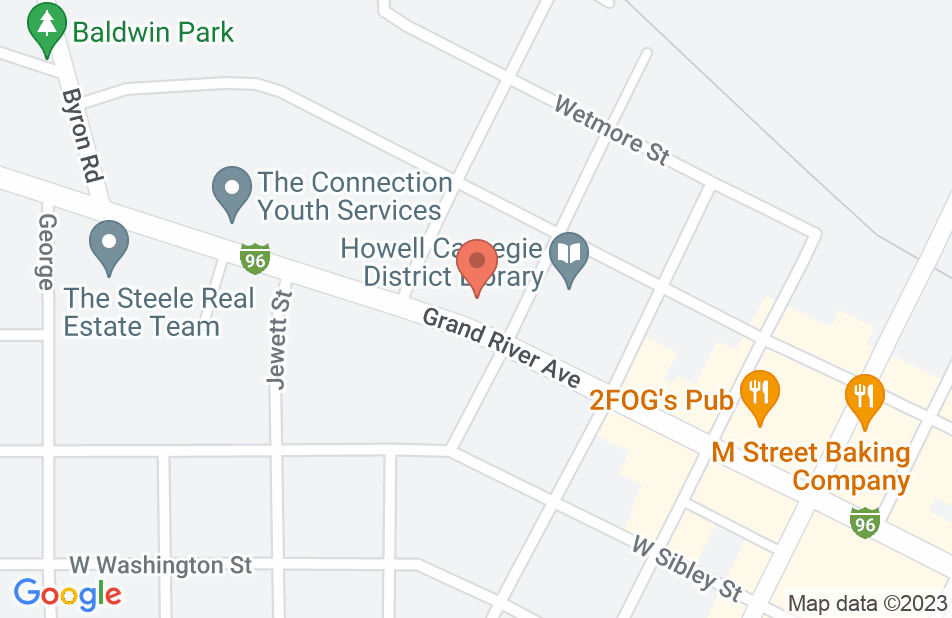 William represented me for a misdemeanor driving without insurance charge, he made me feel like I was a CEO of a Fortune 500 company. He took care of everything and in a swift manner he had the charge reduced to a simple driving infraction. He's professional and kind, I would highly recommend him if you're in need of a dependable lawyer.
This review is from a person who hired this attorney.
Hired attorney

Bill was very helpful throughout a ppo issue that I had been dealing with for almost a year. He answered the many questions that I had and explained the process to me. He made the court appearances less stressful because he was obviously prepared and respected by the judge.
This review is from a person who hired this attorney.
Hired attorney

Our daughter was involved in a car accident and due to her age, we hoped to have the ticket appealed. We consulted with Mr. Livingston and he was very knowledgeable and helpful. He walked us through each step and was very understanding of the situation. He was incredibly prompt in responding to our questions and attended the informal hearing with us. He diligently worked with law enforcement and successfully had the ticket reduced with no points. We would definitely hire him again (but hopefully won't have to!)!
This review is from a person who hired this attorney.
Hired attorney

I could not have asked for a better defense attorney

When I hired Bill as my lawyer I was facing a drug possession and paraphernalia charge. This was the first time I had ever been in trouble and the charge was weighing down on me quite heavily. I was worried about my career, finances, relationships. When I found Bill he told me that he would give me the best possible legal representation, and that he did. He was able to get me a plea deal where the paraphernalia charge was dropped, I'm to serve a short term of probation, and upon completion of probation the charge is wiped from my public record. Bill was easy to communicate with. He always got back to me the day that I called or emailed him, often times reaching out to me before I had the chance to contact him. Any question I had he was able to answer immediately which really helped to ease my mind in this stressful time. He was extremely professional and was always on time for every court appearance. At the same time he felt like a friend; someone I could talk to and confide in. I absolutely recommend Bill and hopefully I will never need a defense attorney again, but if I do, he is the one I'm calling.
This review is from a person who hired this attorney.
Hired attorney

Mr. Livingston was extremely helpful during the entire process, and made sure to answer any questions or concerns that I had. He worked hard to get the best outcome for my case. If I were to ever need legal help in the future, I wouldn't hesitate to work with him again.
This review is from a person who hired this attorney.
Hired attorney

Could not have asked for more.

Bill was professional, open to my thoughts and ideas, easy to reach and responsive to any questions, and most importantly, he achieved better results than I thought was possible. He is young but I would trade age for the fire-in-the-belly any day. I have worked professionally with attorneys during my 26 year career. I know good.
This review is from a person who hired this attorney.
Hired attorney

On the younger age side of the spectrum, you don't expect much when it comes to legal help. However, Mr. Livingston treated me with respect and helped me get the best possible outcome out of my case. He took my case and really put effort and especially time into doing all that he could to succeed with my case and get me the best possible result. He's an easy choice and the best choice when you're looking for a lawyer!
This review is from a person who hired this attorney.
Hired attorney

Mr. Livingston did an escellent job representing me on my 2nd OWI case. He was able to negotiate a fair compromise with the Prosecutor and helped make me feel comfortable with my decision to accept the deal. One of the things that I appreciated the most was his frugal use of my retainer. At no time did I feel like I was being charged time that wasn't warranted. I have had counselors in the past that I got the feeling I was being soaked, but not with Mr. Livingston. I am grateful for his help and would absolutely have him represent me in the future.
This review is from a person who hired this attorney.
Hired attorney

All around great Lawyer

I had come into a bit of trouble while i was on probation. I had gotten an O.W.I. charge and he was able to help me not only not get the O.W.I. charge but also helped me not violate the terms of probation. He was very friendly and personable, he answer all my questions in a very clear manner and kept me very well informed. If i ever came in trouble again I would not hesitate to hire Mr. Livingston. Truely a very good experience all around!
This review is from a person who hired this attorney.
Hired attorney

Bill was extremely helpful and supportive during my entire legal process. He was always available to answer questions are concerns. He worked hard to get me the best possible outcome on my case. I would not hesitate to work with Bill in the future
This review is from a person who hired this attorney.
Hired attorney

I wholeheartedly endorse Bill. Bill is an excellent and highly skilled attorney.

Bill is an excellent attorney and does a great job handling criminal law and family law matters. He understands the process and the system and I highly recommend him to my clients who need these types of services.

I have known Bill since he started law school and I now have the pleasure of working with him. Bill is a hard worker that is dedicated to taking great care of his clients. I would recommend Bill to anyone that needs help with a criminal matter or divorce.

I had the pleasure of working with Bill while he was an associate at the Nichols Law Firm in East Lansing. Bill's dedication to his clients is unparalleled. He is relentless in his pursuit of true justice for all accused citizens.

Bill has received an excellent education in the law and has been mentored by some of the best in the business. Has Not Guiltys in two of his last three trials.

I enthusiastically endorse Bill. He has a great legal mind and is wonderful with people. The Judges and attorneys respect and trust him and his clients get great results.