Carrying on the Tradition of Legal Excellence. Call Today.

I graduated from MSU with a Bachelor of Arts in 1987.  While at MSU I was a member of the varsity golf team.  Immediately upon graduation, I entered law school at Thomas M. Cooley in Lansing, Michigan.  I also began employment at the firm of Abood, Abood and Rheaume.  Although the standard graduation path from Cooley was 9 semesters, I accelerated and graduated in 7 while also maintaining a high GPA; graduating with cum laude status in the top 5 of my class.  Upon graduation, I was offered a prestigious position to clerk for Supreme Court Justice Michael F. Cavangah, where I was employed for approximately 2 years.  After finishing my clerkship with the Supreme Court, I returned to the law firm of Abood, Abood & Rheume where I worked for 5 years.  In 1997, I decided to open my own firm (the Abood Law Firm), and in 1998 other family members joined my firm including F. Joseph Abood (brother) and Fredric S. Abood (Father).

Although most lawyers today specialize in one or two areas of practice, I have been fortunate enough to have clients that have requested my services in a wide area of practice.  I have acted as Lead Counsel in real estate transactions exceeding $20,000,000.  I was Lead Counsel on one of the more complicated Brownfield Credit Real Estate developments in the state.  Admittedly, I am most noted for the number of high profile criminal defense cases, including cases that have drawn the attention of the national media.  Such cases include defending Drew Peterson out of the state of Illinois for approximately 2 years (Nov 2007 to April 2010).  My representation of Drew Peterson included having the court enter an Order requiring the State to return his property that was seized after several search warrants were issued, and the court dismissing a gun charge against him.  In addition, I was one of three attorneys that represented Drew Peterson during an evidentiary hearing from January 19, 2010 to February 19, 2010 in which I crossed the most witnesses and successfully helped suppress 10 of the 15 hearsay statements.  I also represented Lisa Holland who was charged with Open Murder in the death of her 7 year old adopted son.  The case was covered state wide including national media.  In May of 2009, a former Ingham County Judge was charged with OWI.  The Abood Law Firm filed a Motion to Suppress and the case was dismissed.

I have extensive experience in commercial litigation including non competes, claims of tortious interference, wrongful death, wrongful discharge and personal injury cases.  In 2009, I obtained a verdict of approximately $450,000 plus interest against a bonding company that bonded a general contractor which subsequently failed to pay my client for services rendered.  I recently obtained a verdict for a major real estate company when its client failed to pay a commission earned by my client.  I have been asked to speak at Cooley Law School and Michigan State University Law School on a number of occasions based on the high profile cases that I have handled.

If you have a case that is going to court, you should consider contacting the Abood Law Firm. 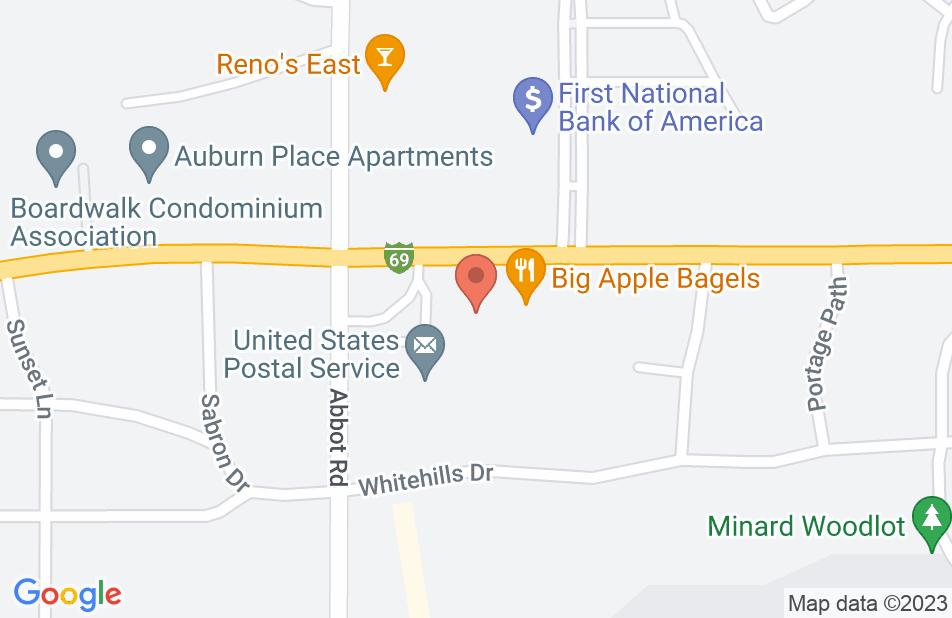 I have had the pleasure of knowing Mr. Abood for several years so I was well aware of his work ethic, intelligence, and commitment. He handled my case seemingly without effort, and all the while assured me with confidence and positivity. I felt like I was in extremely capable hands. When I visited his office I was greeted by a friendly and helpful team. I am very satisfied with the outcome.
This review is from a person who hired this attorney.
Hired attorney

Andrew Abood saved my life. When he didn’t have the best answer possible, he reached out to the person who knew. He worked vigilantly to help my case work out the way it did. The best Christmas present I’ve ever had was when Andrew called me where I was detained and asked a question that could have easily waited until the holiday was over. His confidence instilled confidence in me, especially when I was down. He is the man for the job from coast to coast and will always be my family.
This review is from a person who hired this attorney.
Hired attorney

I called this attorney not because I was angry, wanted money or wanted to settle a score, I was just worried about a situation and wanted to make sure that things were going to be handled the right way. He listened, advised, and did a very honorable job and exceeded my expectations. I recommend this attorney for legal matters and representation.
This review is from a person who hired this attorney.
Hired attorney

Little more than 25 years ago I walked into Andrews office with a some what complicated land deal / sub contract dispute. Well in a matter of days Andrew had the dispute resolved with both parties satisfied and relationship intact. Over the next 25 years he has helped me with numerous conflicts including business, Divorce, Estate, property and yes, DUI. I have always felt like we came out on top in every case. I have always referred my friends and family to him. I can honestly say that walking into his office that day was one of the best business / personal decisions I ever made.
This review is from a person who hired this attorney.
Hired attorney

Mr Abood handled my situation impeccably. He and his staff were prepared and detailed for every issue. It was personal and I felt personally guided by Andrew. He knew the laws and made certain the laws were followed. There is no other lawyer I want to call. JB
This review is from a person who hired this attorney.
Hired attorney

I contacted Andrew to help keep a family together that has faced a lot of hardships and had no where to turn. He was able to keep them together and create an agreeable solution for all involved. There is no better attorney to have in your corner!
This review is from a potential client who consulted with this attorney.
Consulted attorney

I will forever be grateful for getting the chance to have Andrew Abood represent me in the courtroom. His hard work and expertise helped reduce my punishment by an outstanding amount. Furthermore, Mr. Abood helped me learn and grow from my mindless mistake. Andrew is truly the best at what he does, and I would highly recommend him to anybody in need of an attorney.
This review is from a person who hired this attorney.
Hired attorney

Best lawyer out there

I had the honor of working with Andrew recently, as I had got myself into a lot of trouble. Trouble that could have ruined my career. I felt hopeless. As soon as I joined teams with Andrew however, I began feeling better about my situation. He stood by me, fought for me, and when everything was said and done, he got me out of a lot of trouble and I was able to keep my job. He's an amazing lawyer, accomplishing things I did not think was possible. I put my future in his hands and thank god every day that I did so. There aren't even words for how thankful I am for what he has done. If you work with Andrew, you're seriously fortunate to have him in your corner.
This review is from a person who hired this attorney.
Hired attorney

Mr. Abood provided me with superior representation. His guidance, advice and counsel were extremely helpful and beneficial as I needed to handle a legal matter. I would highly recommend his service to anyone seeking an attorney. His professionalism, discretion and insight are exceptional and I am very thankful to have been able to have him representing me as my attorney.
This review is from a person who hired this attorney.
Hired attorney

Andrew and Carrie assisted me in a dui case. They were very strategic and technical in their approach. Both of them knew the law very well and assisted to educate me in understanding the process and, most importantly, my rights. The Abood law firm was able to resolve the case before taking it to court.
See all reviews

I have known Andrew for over 20 years and have worked with him on many cases. He is an excellent attorney.

I know Andrew Abood to be a diligent lawyer who is a competent and effective attorney in both civil and criminal matters. He comes from a very strong and reputable legal family.

Andrew is, hands down, the finest Criminal Defense Attorney in Lansing. If you've been charged with a crime and your reputation is on the line, there is only one person to call - Andrew Abood.

I endorse this lawyer. Mr. Abood is a very hard working attorney, very dedicated to his clients interests, and knows how to make things happen.

Andrew Abood is the most knowledgable attorney I have had a opportunity to work with. His courtroom presentation, and in particular his cross-examination skills, are unmatched.

I endorse this lawyer. You won't find a harder charging lawyer who will take it to the mat for you.

I endorse this lawyer. Great lawyer

Andrew P. Abood is an excellent litigator. Most notable for vigorously and successfully defending people accused of serious crimes, he brings a unique approach and strategy to the courtroom when the stakes are high. Andrew treats every case, whether criminal or civil, as the most important case. He prepares more than any other lawyer I've trained under, worked with, observed, or opposed. Andrew incorporates a combination of selecting the right team tailored to meet every need of the particular case, his extensive knowledge of the application of the rules of evidence, intense preparation through complete document review and mock trials, and an outstanding courtroom performance when representing his clients.