Ryan is licensed to practice in the State of Michigan and Eastern Federal District. Ryan is former house counsel for D&T Construction based in Shelby Township.

In the civil realm, Ryan has excelled at construction law litigation, contract disputes and real property issues. In the Criminal realm, Ryan focuses his practice on Misdemeanor representation at the 36th District Court, located in the City of Detroit. If you have been to 36th District Court lately, chances are you have seen him running the halls. 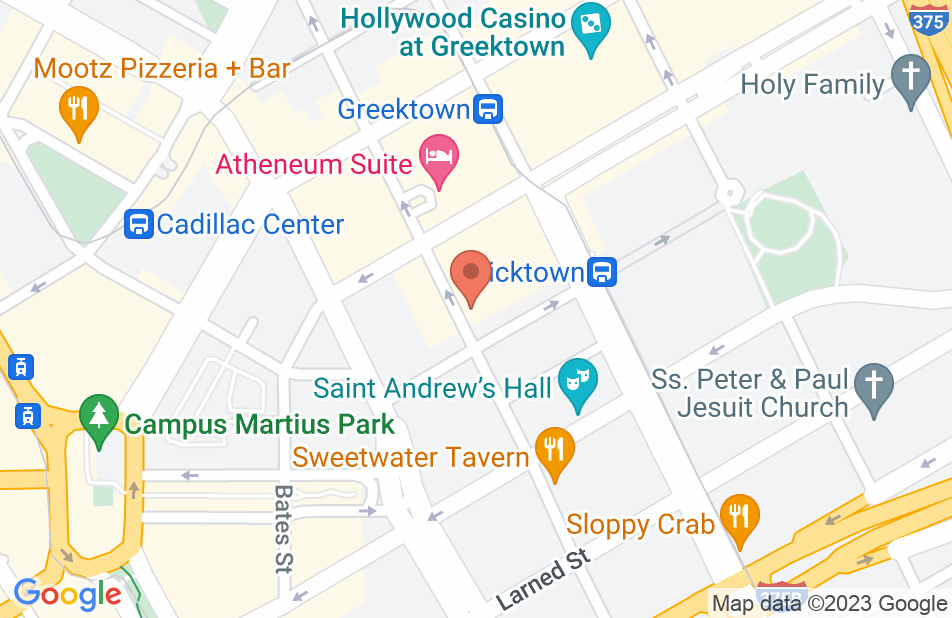 I reached out to Ryan after a pretty routine traffic stop in Detroit resulted in three tickets. I was surprised to say the least and relied on Ryan for his expertise. As promised, Ryan was able to resolve the citations and lift the burden off my shoulders. Throughout the process, he was incredibly responsive and reassuring. I can’t recommend him enough.
This review is from a person who hired this attorney.
Hired attorney

I contacted Ryan’s firm after getting into a predicament with my license. Ryan went above and beyond to put together one heck of a case and was able to get three of the four charges dropped, one greatly reduced and in only going to be without my license for a short time. Aside from being an excellent lawyer, he seems like a very genuine person. I will definitely be using Ryan if need be in the future.
This review is from a person who hired this attorney.
Hired attorney

Ryan assisted me with keeping my home out of foreclosure. He insisted that my lender revised my mortgage payments due to insurance fraud. He's honest and fair. I highly recommend him for any legal consultation in the Metro Detroit Region.
This review is from a person who hired this attorney.
Hired attorney

Ryan Hill was recommended to me when I found myself terrified and confused after being served papers concerning a bad business venture. His office is gorgeous, but what really impressed me is the action inside. Everyone is hard at work. There is an air of formality, yet, you never feel uncomfortable. I noticed that updates on clients are being shared continuously, which was calming to me, knowing that it was probably happening every time I reached out to them as well. He pushes you to reach further with each visit to ensure that he is prepared to tackle any surprises that might pop up. He gives you just enough information on the process to settle your spirit and know that he has everything under control. He brings in other members of the team to bounce ideas and have a second set of eyes, which is refreshing to me. He is confident and strong, yet just human and funny enough to make him approachable. This is the first major case that I’ve been involved in, and a verdict hasn’t been reached... but I KNOW that I’m with the best person the help me through it.
This review is from a person who hired this attorney.
Hired attorney

Legal Service Above And Beyond

I faced criminal charges for trespassing but there was much more to it then that. He followed through on the initial case, and related cases, that followed from the way I was treated by the arresting officer and a based judge. I was a police brutality victim who was convicted of trespassing in the 36th District Court in spite of the fact that I wasn't breaking any law, and I was at my place of employment in an area that was open to the general public. The law didn't even match the circumstances or my alleged behavior. We were even able to show that the prosecution's primary witness perjured herself. The arguments he made at the bench trial were flawless and backed by evidence and case law. My conviction was only possible because we ended up with a judge who was not interested in the letter of the law, facts or logic. He appealed the guilty verdict to circuit court and left no stone unturned. The judge appeared to understand the arguments, but then took several months longer than she had first indicated before finally responding with a ruling. The denial failed to address any of Ryan's arguments while only regurgitating statements by the prosecution. I believe she would have overturned the verdict if she gave the ruling with Ryan's oral arguments fresh on her mind, or if she had read over the appeal thoroughly. One unexpected consequence of the flawed verdicts was that Crime Victims Services asked me to refund money paid to me as a result of the assault by the officer on me. Ryan successfully argued that the guilty verdict against me, did not absolve the assaulting officer of responsibility and I was able to keep the money. He also moved forward with a civil case that was resolved in my favor, even though the criminal conviction made this effort more challenging. Once he takes on a case he follows it through to the finish. In addition to the aforementioned sequence of cases, he and members of his firm have gotten traffic tickets against me dismissed.
This review is from a person who hired this attorney.
Hired attorney

We have been dealing with Ryan for over 10 years and all I can say is that he's a phenomenal lawyer! He has helped us with everything we could've asked for and more. Thank you for everything you've done for us Ryan!
This review is from a person who hired this attorney.
Hired attorney

The best Lawyer I have ever had represent me!!

Ryan gets things done and doesn’t waste time. Very effective and gets GREAT results. His confidence in himself and getting positive results are priceless!!
This review is from a person who hired this attorney.
Hired attorney

He is an attorney that is mindful of both sides while also working for the benefit of his client. He also has a wide range of knowledge in law and utilizes every branch to have a favorable outcome. Lastly but more importantly I know this may sound cliche' but he actually cared about me. You have many lawyers that care about money more than anything but at the end of the day he worked with me and for me.. For that I can do nothing but respect him and thank him. Thank you Ryan.
This review is from a person who hired this attorney.
Hired attorney

Outstanding Attorney. Held the course through choppy waters - would highly recommend to others.

I have been a client of Ryan Hill and his Associate Coleman Potts since 2015. I was originally introduced to Ryan by another Attorney who assessed that my particular legal matter was beyond the scope and ability of his firm, and recommended that Ryan take over the case. Ryan and his legal team have worked hard on a number of real estate related matters for me. One notable case was somewhat controversial and we were bullied by baseless litigation in the hope that I would acquiesce and abandon the property. Ryan stayed the course, and we ultimately prevailed. As evidenced by social media and other postings, years after events, the other side still cries over their defeat. The irony is that they started the fight and lost. I have only have accolades for both Ryan Hill and Colemon Potts. They are true professionals.
This review is from a person who hired this attorney.
Hired attorney

I hired Ryan for my very first lawsuit and it had many moving parts and it was a complicated case. Ryan was diligent and knowledgeable and represented me as if we were family. I would recommend Ryan to anyone who wants an attorney who goes the extra mile.
This review is from a person who hired this attorney.
Hired attorney
See all reviews

I endorse this lawyer. Ryan Hill is a knowledgeable competent lawyer who goes the extra mile for his clients. I have no concerns referring people to him.

I have known Ryan for five years. Ryan and I have worked on a number of cases together. Ryan knows the area of criminal defense well. He gets good results for his clients.