I represent people who've been injured because of the negligence of others.  I have concentrated my practice in the field of personal injury litigation, including trucking accidents and litigation. My practice includes a variety of cases including auto negligence, premises liability, insurance coverage disputes, uninsured and underinsured claims against insurance claims, and wrongful death cases.  I have tried more than 80 civil jury trials, and represented clients in Indiana Court of Appeals and Supreme Court.  I received a Martindale Hubbell AV Preeminent® Peer Review Rating.

I began representing the interests of others before I ever entered law school. As a Union member,  I served as a Committeeman (shop steward), Collective Bargaining representative during contract negotiations, and Financial Secretary Treasurer.

I am licensed to practice in the following jurisdictions and courts: 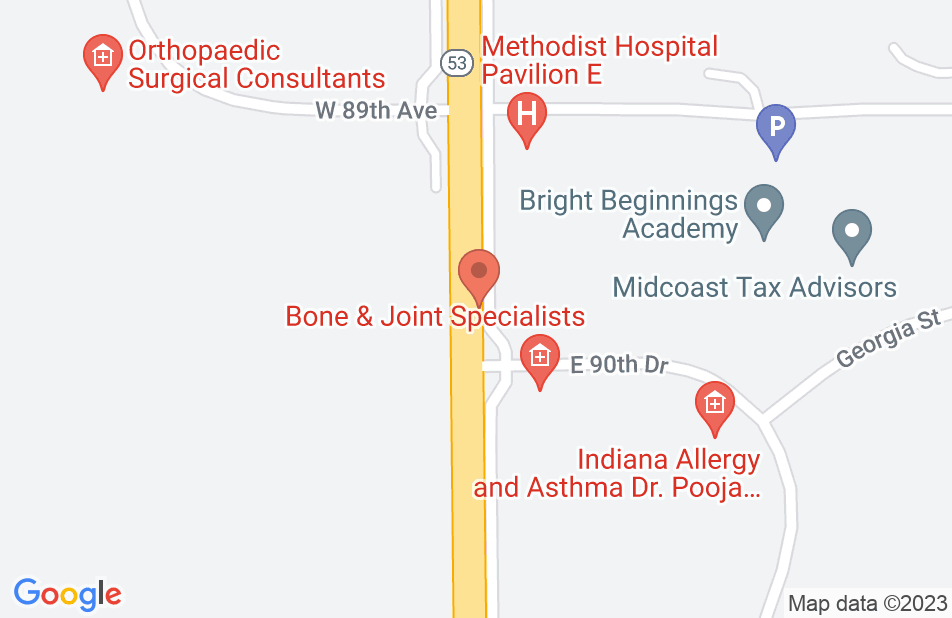 Provided consultation and advice for me. Very helpful with explaining complicated legal issues. And got back to me in a timely fashion.
This review is from a potential client who consulted with this attorney.
Consulted attorney

David was one of my key attorneys for over 20 years as I worked in Human Resources for a major food retailer in Northwest Indiana. David is extremely loyal and dedicated to his clients and had an outstanding victory record in trials. I trusted David immensely in key trials and sat with him during some trials and watched his professional, effective and skillful handling of each case. He is an experienced and outstanding litigator who will always make his client his # 1 priority. He is tireless in his pursuit of victory and you will be extremely well served if you hire him for his impeccable expertise and tenaciousness.
This review is from a person who hired this attorney.
Hired attorney

Not just a great attorney, but a great guy!

Dave Wilson has been my attorney fir 3 years after I was involved in a horrific semi accident. I have never met a more dedicated lawyer in my life. I hear from him 3 to 4 times a week on avg and he knows every detail of my case as if it was his only car. He treats people like humans and not cases. I couldn't have hoped for a better attorney. Thank You Dave for all your hard work and always being there for me.
This review is from a person who hired this attorney.
Hired attorney

Attorney Wilson handled my case very well and was very helpful with very clear suggestions and alternatives when it came to decisions I had to make. I am very satisfied with his high amount of professional and remain very impressed with his presentation and courtroom behavior. He was an excellent advocate! I certainly would hire him again without any concerns whatsoever.
This review is from a person who hired this attorney.
Hired attorney

No one will work harder for you

Going through a lawsuit was something I thought I would never do. Attorney Wilson supported me 100% of the way, and always gave me a choice, explaining all outcomes. When my case went to trial, he was amazing at making the jury understand who I was and what I had gone through. I hope I never have to do it again, but if I do, there is no other attorney that I would hire.
This review is from a person who hired this attorney.
Hired attorney

Mr. Wilson is one of the best lawyers I have dealt with. Not only is he an amazing attorney, but he also is a great person who truly wants the best for his clients. I HIGHLY recommend David Wilson to anyone in need of a great attorney.
This review is from a person who hired this attorney.
Hired attorney

I have litigated on the other side of David. He is a strong advocate for his clients and represented them well. I have also witnessed David in action on other matters, and he knows the law, the Judges, and I would consider David representing me or my family if we ever needed representation for a personal injury, wrongful death, or auto accident.

I endorse this lawyer. David is an aggressive attorney in the Lake County area. He is knowledgeable as to the law and local practice.

I endorse this lawyer. I have known Dave for years. He is a true advocate for his clients. He is straight forward - when he says something you can take his word for it. Dave's knowledge and court room skills are impressive.

I have known Dave for over 20 years, & have handled litigated matters both with and against him. No one is more prepared & knowledgeable about his clients, their cases, & the litigation process. No one fights more ferociously for his clients, whether through settlement or trial. I very strongly endorse Dave.

I have worked with David, and against him, and at all times have found him to be honest, thorough, and a tenacious advocate for the benefit of his clients. I highly endorse him.

Dave is a very talented attorney who has spent his entire legal career in the personal injury field. He knows the law, he knows the judges and he knows how to maximize his client's claims. I highly recommend David Wilson without reservation!!!

I have never met a more knowledgeable attorney with regard to discovery. He truly masters the realm of litigation not only with his courtroom presence but with his ability to recall specific details from cases with ease in almost all areas of law.

I have known David for more than 10 years, and can attest that he is very skilled and detailed in his representation of clients.