Larry D. Stassin was born in Chicago, Illinois in 1965, and raised in Lake County, Indiana, until 12 years of age when his parents moved to the State of Illinois. After graduating from Homewood-Flossmoor High School, Larry attended Indiana University in Bloomington where he received a Bachelor of Arts Degree 1987. Larry then enrolled at the Indiana University School of Law in Indianapolis where he graduated from in 1990 and was admitted to the bar that same year. Larry is currently licensed to practice before the U.S. Supreme Court, the U.S. Federal Court for the Northern District of Indiana, as well as all Indiana state and local Courts. Larry is a member of the State of Indiana Legal Ethics Committee, as well as the Committee On the Unauthorized Practice of Law. In addition to the above, Larry makes it a practice to donate as much time as he has available to the Legal Services of NW Indiana/pro bono commission to aid people in the community who need legal help but cannot afford it.

Larry's practice consists of a concentration in divorce and family law; personal injury and workmen's compensation; criminal defense; guardianship and estate work; bankruptcy; and real estate. Larry has represented several criminal defendants in high profile criminal cases in Lake County. In addition, Larry has secured large personal injury settlements for clients against defendants such as the Town of Griffith, Highland, EJ&E Railroad and Subway. Throughout his career, Larry has developed a reputation as an aggressive yet practical lawyer  getting the best results possible for his client without burying his client in mountains of legal debt.

Larry currently lives in the Town of Griffith with his wife and three boys. Much of Larry's free time is devoted to youth activities such as coaching and running the soccer program for the Griffith Soccer Club as it's current president, assisting with both middle school and high school wrestling teams, as well as helping run the youth wrestling club, giving lectures and presentations to local school science programs regarding the raising and breeding of reptiles. When Larry has free time, he spends that time playing golf with his sons and traveling with his wife. 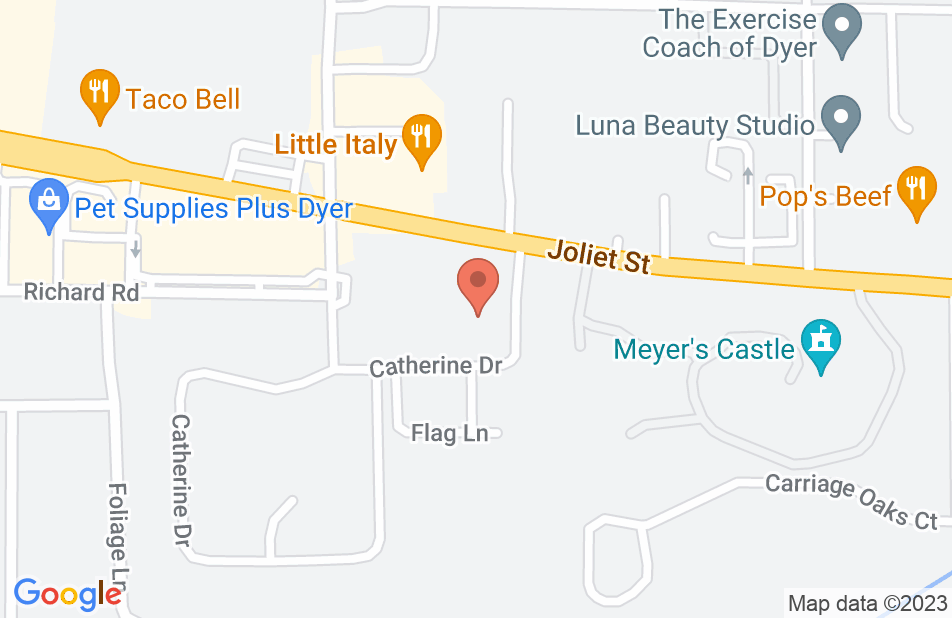 I went to Larry for a personal matter and he was very helpful. He is smart, kind, and doesn't think he is better than other people, like some lawyers do. He does not sugar coat things either and offers what I believe to be good, straight forward, factual advice. I recommend Larry. While no good lawyer is cheap, I feel he billed correctly and the money I spent was worth the advice and legal help. He is a good listener but also keeps you on track. Go see him if you need help with any type of family law.
This review is from a person who hired this attorney.
Hired attorney

Divorce is never easy, but Larry has made sure that my rights as a father have been met!

Divorce can be a brutal process and emotions run high. Often times one can find themselves willing to battle over everything just to battle or not give in. This can lead to a long divorce process and high legal fees. At the start of the divorce process, I want to a battle on every item. However, Larry did an excellent job on keeping me on task and explaining what was realistic and what was a waste of time and money at the start. During the process when opposing counsel sent countless emails on irrelevant items or false accusations, I wanted to battle with every email. Larry refused to get in the mud with opposing counsel and refused to waste my time and money on any items that were irrelevant to the process. Those emails went unanswered at this advice. None of these emails were mentioned at court by opposing counsel. If Larry, had either behaved as opposing counsel or was willing to give in to my every rage, I believe my legal bills would have been $10,000 higher than they were and it would not have changed any part of my divorce settlement. A divorce can be dirty. However, with Larry as my attorney, I came through it feeling that the settlement was fair, the cost of legal representation was fair, and most of all with Larry’s help, and I got through it feeling clean.

I received a speeding ticket back in the summer of 2011 and I really didn't need it going on my record, so I took it to Larry. He was very respectful, friendly and I trusted him when he told me he'd get the ticket taken care of. Very good experience with him I would recommend him to anyone with legal troubles.

Mr. Stassin has represented me in family matters since 2006. His nonjudgmental and honest approach to the issues related to my situation was refreshing - my opinions of lawyers changed in a significant way as a result of my very positive experiences with Mr. Stassin.

Larry single handedly moved our case from a standstill to its conclusion. Our firm needed an out of state attorney and he was able to to move through the court system with tremendous speed and aptitude. I am honored to endorse Larry for his work ethic and control of cases he wishes to undertake.

I endorse this lawyer. Attorney Stassin is an outstanding attorney with an exceptional reputation. He is a strong and zealous advocate for his clients and a credit to the legal profession. I highly recommend his legal services.

I've known Larry for over 15 years and have always known him to be hard working, client-oriented and results driven. I endorse this lawyer.

I endorse this lawyer. Larry is a respected and active lawyer. He is smart, skilled, compassionate and well-grounded.

I have known Larry for 15 years and I think for my first case that I handled he was the opposing counsel. Larry can be considered a go-to guy; he will represent his clients to the fullest with also trying to keep all parties calm and seeking a resolution.

Larry is a very good lawyer and I fully endorse him. Larry has proven himself to be more than well qualified to successfully handle litigation matters.

I have worked along side Larry for approximately 20 years and know him to be a very committed and outstanding lawyer. I strongly endorse this lawyer.

Michael Babcock, Divorce and separation Attorney on Feb 27, 2013
Relationship: Worked together on matter

I endorse this lawyer. Larry does a great job for his clients.