Rock Lee is an experienced criminal defense and OVI/DUI defense attorney. Mr. Lee is currently licensed to practice in Ohio, Kentucky, Indiana, and the United States District Court, Southern District of Ohio as well as the Northern and Southern Districts of Indiana. 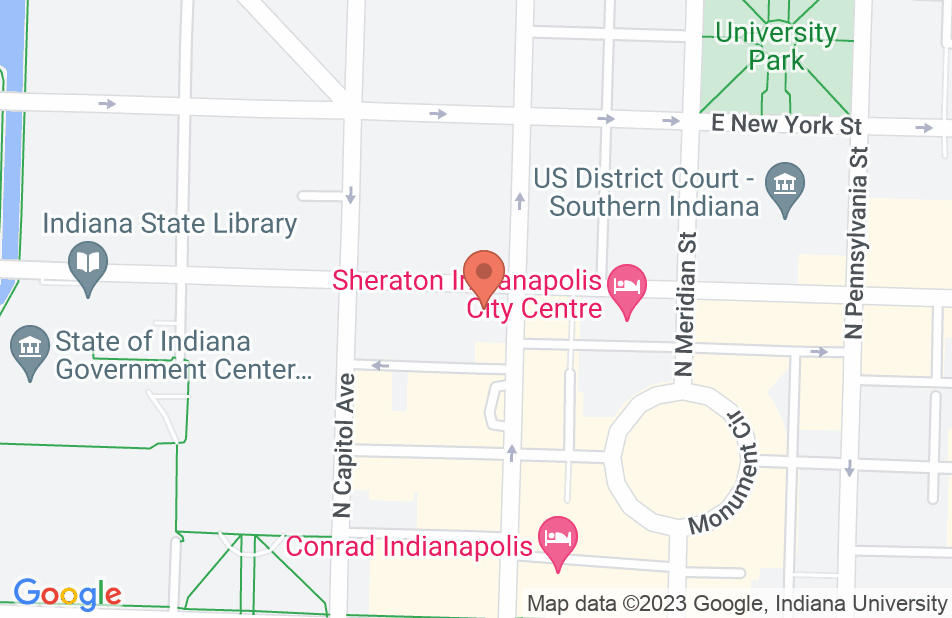 Sex Crimes Lawyer in Indianapolis, IN

Domestic Violence Lawyer in Indianapolis, IN

Rock is very professional and well versed in his knowledge laws. He was able to get me the best outcome for my circumstances. I will be hiring him for any future issues. Thanks Rock!
This review is from a person who hired this attorney.
Hired attorney

From Ohio got a DUI in Indiana

Got a DUI in Indiana hire the best DUI Indiana lawyer he was worthless he almost got my license took in Ohio and then i found Rock Lee to help me he handled everything for me and I got to keep my license and I kept my job but I did lose my CDL nothing Rock could do for my CDL i already knew that but he saved my Ohio driver licenses Thx Rock Lee
This review is from a person who hired this attorney.
Hired attorney

Rock is a true professional. I received a DUI and as someone without a criminal record, I was truly freaked out. Rock never gave me any false hope but assured me he would do everything in his power to minimize the punishment. As this was an out of state DWI for me, Rock was able to keep me from excessive travel and managed to get me out of probation completely. Rock answered every phone call and truly had my best interest at heart through this 1.5 year process. He communicated all of my options in a honest, professional manner. Though I hope to never have to hire Rock again, he would absolutely be my first choice if I needed an attorney for any reason. 10/10 and would recommend to anyone.
This review is from a person who hired this attorney.
Hired attorney

Mr. Rock Lee handled my case with the upmost preparation and dedication. He maintained me informed and on the loop with every aspect of the process. His professionalism and his knowledge on the field is only matched by his drive to put your interests above all others. He is results driven and will not give up on fighting for the best outcome for your situation. He is truthful and will give you with all honesty the facts about your case. I would not hesitate to retain Mr. Lee at any time if I ever had the need to.
This review is from a person who hired this attorney.
Hired attorney

Rock Lee, the standard for which all attorneys should be compared to!! The moment Rock agreed to represent my case, he went to work. Rock informed me of every aspect of my case, good, bad, and best case scenario. I never felt comfortable with court, however with Rock I felt no anxiety, Rock was prepared, and arrived well before time to prep me for what was going to happen. --Short story: while waiting for court to start the defendant next to me saw how diligently Rock was working with the D.A. and the Judge on my behalf, they asked me "is that your lawyer?", my response was "yes" and they smiled, and said "your lucky, he is working his tail off for you!". That confirmed how I felt about Mr. Lee. When all court appearances had concluded, Mr. Lee informed me that his representation did not end there and that he would be there for me until the conclusion of my probationary period as well. To attest to that, I missed an appointment during my probation, so my first call was to Mr. Lee. Within the hour, Mr. Lee spoke with probation, and had my problem well taken care of! If all attorneys were of Mr. Lee's caliber, attorneys would not have such a bad rap! I would have no one other than Rock Lee to represent me! Rock Lee, is not a personal friend and I know of him in no other capacity than that of my attorney, with that said I speak so positively about him only because he is that good at his job!! Thanks Mr. Lee!!
This review is from a person who hired this attorney.
Hired attorney

Mr Lee is one of the best attorneys for a DUI and DWI. He fought for what I wanted and was very diligent in his efforts. I completed everything Mr Lee said to do and the outcome was just as he stated it would be. I would recommend Mr Lee to anyone who has been charged with a DUI or DWI. Mr Lee listens and does the best job there is for a DUI DWI attorney. He is professional, he makes me feel comfortable and I can confide in what I say to him will go nowhere beyond our conversation. Mr Lee extended my case far enough for me to complete my community service, destructive panel class, get my license back and probation. I am pleased with hiring Mr Rock Lee.
This review is from a person who hired this attorney.
Hired attorney

Great (in times of crisis)

No one wants to call Rock Lee. However, if you need a lawyer, I cannot recommend a more professional, prompt, and helpful attorney. Mr. Lee promptly contacted me the same day I called him. Offered great counsel and explained everything about my case. He was proactive and got be the best possible outcome for me. I could not have been more satisfied with working with Mr. Lee.
This review is from a person who hired this attorney.
Hired attorney

Rock Lee is a Lawyer who will WORK for you

Rock Answered my initial call right away on a weekend. Rock did not promise me anything but definitely delivered more then I expected. My charge was a felony drug charge, and my second offence. I was able to talk openly to Rock, and he in return spoke openly to me about my options, and possibilities of outcomes. Rock was easily accessible, and responded in a timely manner. He listened to my fears and anxieties, and told me what my options where. True professional he went above and beyond my expectations of the outcome. Worth every single dollar I spent because he saved me from paying an enormous amount in fees, classes, and probation. Like I said he promised me nothing and delivered more then I expected. Anyone I know who gets in the same kind of jam I did I will definitely refer them to hire Rock as soon as possible.
This review is from a person who hired this attorney.
Hired attorney

Wow what can I say about Rock he's a Rockstar man one of the best attorneys I've ever met I couldn't have got my probation terminated if it wasn't for Rock always answered my phone calls even doe i was a little annoying at times but very professional and courteous If you are looking for an attorney look no further this is the man you want on your team A MILLION TIMES THANKS ROCK
This review is from a person who hired this attorney.
Hired attorney

Rock did a fantastic job with my case. Made the overwhelming situation a whole lot easier to handle with his assistance. Every piece of the game plan Rock had put together went perfect. Great personality , and very nice. I would definitely recommend his services to any friend of family member .
This review is from a person who hired this attorney.
Hired attorney
See all reviews

Rock is my go-to guy whenever I need to refer someone to a criminal defense attorney. He knows his stuff and works very hard for his clients. The people I've referred to Rock have been pleased with his services, and when I make a referral to him, I do so with confidence.

I endorse this lawyer. He is a great trial lawyer with a firm grip on justice. He advocates aggressively for his clients. It is without a doubt that I endorse Attorney Lee.

Mr. Lee is a very courteous and skilled lawyer. I have seen how hard he works for his clients.

Mr. Lee contacted me in Florida to help him on a matter involving his client (from Indiana) who was visiting Florida. He was extremely cordial and very well spoken. I can tell he knows the law very well. The other thing I could tell is that he cares about his clients, and not only when they're in his own jurisdiction, but when they travel outside the state as well. For these reasons, I endorse Rock Lee.

I endorse attorney Rock Lee. Mr. Lee is a seasoned and skillful lawyer when it comes to DUI/DWI matters. He is dedicated to his clients, and enthusiastically works to achieve the best results for his clients. Mr. Lee would be a great hire.

I endorse this lawyer. Rock is an extremely talented DUI attorney.

I endorse Rock. He is a highly skilled attorney that is well respected in the legal community.

I've referred clients to Rock in the past. He has a well-deserved reputation as an excellent DUI attorney. I recommend him highly.

Attorney Rock Lee is very knowledgeable in the areas of DUI/DWI defense and provides aggressive representation for all of his clients. I highly endorse Attorney Rock Lee for his contributions to Avvo and the legal community at-large.

I endorse this lawyer. Mr. Lee is an excellent Indianapolis DUI Attorney. If I needed co-counsel in the Indianapolis area, I would contact Mr. Lee.

I strongly endorse Rock Lee. He's an excellent advocate for his clients and obtains superb results.

I endorse this lawyer. Mr. Lee has the knowledge and expertise required to review every matter to ensure that the rights of his clients are protected.

Matthew Ernst, DUI and DWI Attorney on May 28, 2013
Relationship: Fellow lawyer in community

I endorse this lawyer for DUI based upon our numerous conversations pertaining to DUI law and cases. I've sent him DUI clients because I know he has a superior understanding of the law, the courts and the players involved.

Nicholas Graman, DUI and DWI Attorney on May 27, 2013
Relationship: Fellow lawyer in community

Rock is an excellent attorney. He is equipped with the knowledge and training to zealously represent his clients and uses that to obtain excellent results.

I endorse this lawyer. I have known Mr. Lee for many years and one thing has held true that entire time, Rock's dedication and personal attention to each of his clients is unmatched. Clients of Mr. Lee's do not have to worry whether they will get in touch with their lawyer when they call, in fact Rock probably anticipated their questions or concerns and called them first to make sure they were at ease. I would recommend Rock to anyone who needs a strong trustworthy criminal defense attorney in their corner. I know I would have him in mine if I or someone I loved needed one.

I endorse this lawyer. He has an outstanding reputation in the legal community; especially in the area of DUI/OVI.

Rock is a true professional. There are few attorneys in the field who exhibit the same dedication as he does. Rock is one of the hardest workers in our office.